For the Road: January 2009 Top Picks and Places 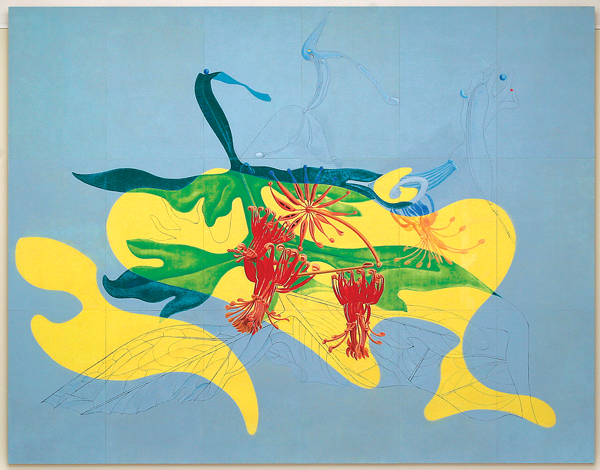 It would be hard to think of a more unforgiving environment for a painting than the Dancing Mascotte, the bar of the smoky Corso Theatre in Zürich, a nightspot frequented in the 1930s by often-raucous Surrealist artists, musicians, dancers, and hangers-on. But that is where German painter Max Ernst—on commission from the club’s famous architect, Alvar Aalto—created his mural Pétales et jardin de la nymphe Ancolie. Recently restored by conservators at the Kunsthaus Zürich, the mural is the only surviving wall painting by an artist known for his tension-filled interpretations of nature. It is the centerpiece of an 80-piece Max Ernst retrospective
called Max Ernst: In the Garden of Nymph Ancolie, which appears at the Menil Collection in Houston through February 15.
In many of Ernst’s works, technology wars with nature, and nature wins. As you study these curious, incongruous visions of plants and birds, forests and mountains, sea and skies, it’s interesting to wonder: What did the artist mean by it all? Call 713/525-9400; www.menil.org.

If you enjoy live music, you’ll find an intriguing alternative to loud clubs or huge concert venues in a listening room called The Bugle Boy, in La Grange, some 60 miles east of Austin. The Bugle Boy is housed in a former World WarII barracks and named after the Andrews Sisters’ 1941 hit song.
Don’t let the retro vibe fool you; the music presented here ranges from jazz and blues to rock and country. The common denominator: The musicians all write and perform their own songs. Thanks to the skills of a professional sound engineer and a house rule that prohibits talking during sets, the acoustics here are outstanding.
Owner Lane Gosnay opened The Bugle Boy four years ago to present established entertainers as well as nurture local talent. Besides weekly Friday and Saturday shows, she holds a monthly Sunday Showcase in which 12 artists perform for a panel of judges and a supportive audience. The winners perform at The Bugle Boy’s anniversary party each January (January 17, 2009).
Austin-based Elizabeth Wills, who’s known for her acoustic pop-folk music, says it’s one of her favorite venues. “There’s nothing else like it in Texas,” she adds. “The audience interaction is wonderful—it feels like you’re in someone’s living room and on stage at the same time. It’s a positive, creative environment … I think it makes the music better.” 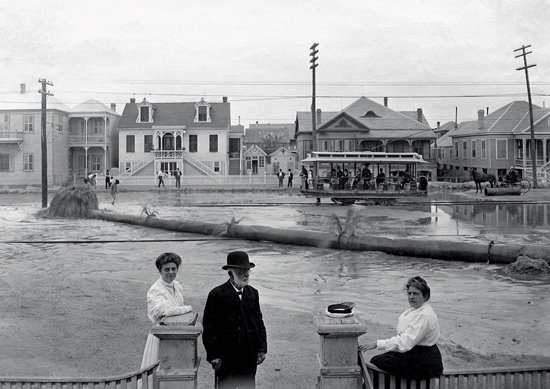 When the Galveston County Historical Museum received a gift of some 340 photos in 2006 documenting Galveston’s rebuilding after the disastrous 1900 storm, Director Jodi Wright-Gidley and Curator Jennifer Marines knew they had a treasure on their hands. Arcadia Press, a small publisher of local history, proposed a book, and Galveston: A City on Stilts began to take shape. And when Hurricane Ike ravaged the island once again this past September, the project took on special significance.
The images, taken between 1902 and 1912 by Galveston photographer Zeva B. Edworthy, record a period of growth and change for the wounded but still ambitious port city. Arcadia will donate proceeds to the Galveston Historical Foundation, which is working to help restore the city in Ike’s aftermath.
—L.M.

Get Your Game On

More than 4,000 athletes, ranging in age from 6 to 70, compete in 14 sports—including crowd-pleasers like soccer, wrestling, fencing, figure-skating, table tennis  and ice hockey—at venues across Frisco for the Winter Games of Texas.
For spectators and competitors, an event called the Celebration of Athletes, held January 17, promises more fun. Here’s your chance to meet past Olympic winners and talk sports with amateurs and pros alike, test your downhill skiing and dance moves on Nintendo Wii games, and enjoy such reliable festival fare as face-painting, food vendors, and carnival activities.

With the opening of the new Blanton Museum of Art building in 2006, Austin received praise from the public and the art world alike, with critics awash in superlatives about the building’s abundance of natural light, the sudden accessibility of the museum’s collection, and the creativity of the Blanton’s programming. In November, the Blanton took yet another step forward with the opening of its Blanton Café, Museum Shop, and 299-seat auditorium, all housed in the new Edgar A. Smith Building, which echoes the main museum building’s architecture. Think cream-
colored limestone floors and effused light—plus fun shopping opportunities and an Alice Waters-meets-Austin approach to cuisine. (The “Minimalist”—a panini made with balsamic-glazed, roasted vegetables and goat cheese—might prove a tasteful match to the upcoming exhibition Birth of the Cool: California Art, Design, and Culture at Midcentury, which opens February 22.)

Danish artist Olafur Eliasson takes art-making to a new dimension, immersing viewers in light, wind, heat and water, all the while playing with the sense of visual perception. At the Dallas Museum of Art through March 15, you can see—and experience—approximately 20 works that The New York Times called “enchanting, spacious, evanescent, and intellectually stimulating.” The Wall Street Journal called Eliasson “one of the most ingenious artists working today.” The exhibition, Take Your Time, organized by the San Francisco Museum of Art, includes installations, large-scale immersive environments, freestanding sculpture, and photography. Standouts include such innovative Eliasson creations as Beauty (1993), a curtain of mist that reveals a rainbow to viewers; Moss wall (1994), a solid wall of living Icelandic moss; and 360° room for all colours (2002), which immerses viewers in a wash of colors projected in looped sequence by 24 spotlights. And what to make of the title? Explains organizing curator María de Corral, “Take Your Time refers to ‘the time the viewer decides to invest in looking at the work of art, and the time that the work of art engages the viewer and makes him stay to experience it.’”