For the Road: March 2009 Top Picks and Places 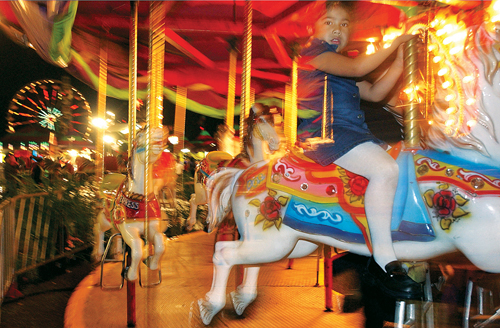 The annual State Fair of Texas, held in Dallas every fall, probably has the market cornered on inventive fried-food concoctions; think of deep-fried Coke, deep-fried Oreos, and chicken-fried bacon. But Beaumont’s annual South Texas State Fair, which takes place in March this year (March26-April 5) for the first time in the fair’s 67-year history, may hold a record for number of culinary concoctions on a stick. “We have alligator-on-a-stick, crawfish-on-a-stick, even jambalaya-on-a-stick,” says 2009 Fair Chairman Donnie Warner. “We like to experiment with food down here on the Louisiana border, so you’ll find lots of things with a Cajun influence. And of course, we have corndogs, which are just about the most wonderful food ever.” A midway, rides, agricultural and livestock shows, and regional entertainers also bring in the crowds, as does a top notch PRCA rodeo. Tickets cost $8 (includes fair and rodeo admission). 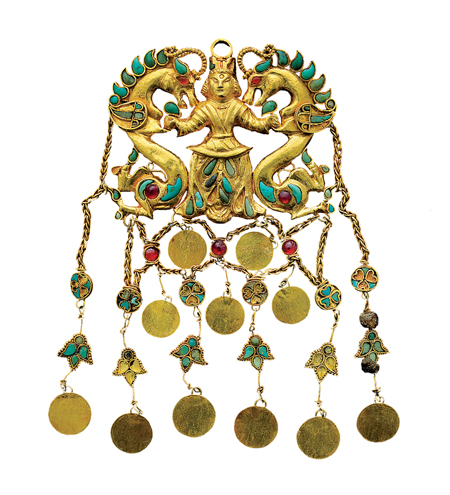 Archeologists and historians rejoiced in 2003, when thousands of priceless artifacts unearthed in Afghanistan—items believed to have been destroyed in the 1993 bombing of the National Museum in Kabul—were discovered hidden in Kabul’s Presidential Palace. This spring at the Museum of Fine Arts, Houston, you can see more than 200 of these objects, including bronze and stone sculptures, gold ornaments, painted glassware, and gold bowls dating from 2,200 B.C. to the 2nd Century A.D. Afghanistan: Hidden Treasures from the National Museum, Kabul appears at the MFAH March 1 through May 17. “To put this incontext,” says Fredrik Hiebert, the National Geographic Archaeology Fellow who curated the exhibition, “consider that Afghanistan is one of the richest archeological countries in the world, due to its location at the center of the Silk Road. It has an amazing mixture of ancient Chinese, Indian, Northern Siberian, and Mediterranean cultures. “It was an Afghan idea to open the boxes and do this tour,” he continues. “It’s a terrific opportunity to tell the world about Afghanistan in a different way than you read about in the papers. When you look at these exquisite artifacts, you realize there is a connection between classical culture and Afghan culture that brings us all together.” To read TH’s full interview with Fredrik Hiebert,see “Web Extras” at www.texashighways.com

As winter gives way to spring, botanical gardens across Texas gear up for the year’s busiest—and most colorful—season. The Lady Bird Johnson Wildflower Center in Austin, which was founded as a research center in 1982 and now serves as one of Central Texas’ most popular springtime tourist attractions, celebrates the wildflower-blooming season with its annual Wildflower Days celebration, held this year March 16 through May 31. Normally closed on Mondays, the Wildflower Center opens daily during Wildflower Days, allowing visitors more flexibility to tour the center’s 16 themed gardens, which feature native plants from throughout the United States.  If you’d like to get away from the crowds, the center’s two trail systems (four miles total) wend through naturalized savanna and woodland habitats, where you’ll spy multitudes of butterflies, birds, and other creatures. Three separate events punctuate the three-month celebration: The Artists and Artisans Festival (March 21-22) brings painters, metalsmiths, ceramicists, sculptors, and other creative types to the gardens for art-talks and demonstrations; the Spring Plant Sale & GardeningFestival (April 11-12) features thousands of common and elusive native plants for sale; and Gardens on Tour (May 9) offers participants the chance to view six private native-plant gardens scattered across Austin.

Naturalist and avid kayaker James Arnold, who plies the waters of Matagorda Bay almost every day, says that during 2008’s Hurricane Ike, the rich estuaries here were protected by the high tide. “We were pretty lucky,” says Arnold. “Anytime you have a high tide, the plant life is protectedfrom the wind.” That’s good news for Arnold, who leads fishing and birding tours in the bay with his company, Day on the Bay Services, as well as for the Lower Colorado River Authority’s 1,600-acre Matagorda Bay Nature Preserve,which is consistently ranked as one of the best birding sites in the nation by the National Audubon Society. “We have birds all the time,” says Arnold. “Yearround, you’re likely to see shorebirds like osprey, herons, rails, roseatespoonbills, plovers, and egrets. And there’s no better way to look than by kayak.”  While the LCRA mapped more than two miles of kayak trails within the preserve, Arnold mapped an additional chain of trails in the estuaries outside the preserve’s boundaries. Together, the trails provide an up-close and comprehensive look at the creatures that live in and around one of Texas’ most pristine wetlands.  In addition, more than 20 miles of beaches on Matagorda Bay offer opportunities for hiking, camping, and fishing. Matagorda Bay Nature Preserve itself features a new observation tower, several public fishing piers, and a new 70-site RV park, complete with showers, concessions, and campsites.

In the late 19th and early 20th centuries, there was one spot you could count on if you had a headache, needed a tooth pulled, broke a limb, or even ran out of cigarettes—the neighborhood pharmacy. “It’s kind of ironic,” says anthropologist Dr. Paul Katz, curator of Amarillo’s Texas Pharmacy Museum, “that a health-care provider carried things that could killyou.” The museum, which opened a decade ago in the basement of the Texas Tech School of Pharmacy building, houses some 12,000 items relating to pharmacy history, including a restored century-old pharmacy from Baltimore, Maryland. “Up until 1950,” says Dr. Katz, “druggists filled prescriptions by scratch. And because that took time, they always had sidelines, which is why most every pharmacy had a soda fountain, a photo service, a Western Union desk, and a post office.” The museum’s four rooms overflow with items like mortars and pestles, pill rollers, and salves, as well as a replica of a cuneiform prescription and a chuck wagon stocked with treatments a cowboy might need on the trail. “The chuck-wagon cookie was not only the cook on a trail drive,” says Dr. Katz, “but also the doctor, the dentist, and the druggist.” Dr. Katz gives guided tours of the collection Mon-Fri between 1 and 4 and by appointment. Call 806/356-4000, ext. 268.