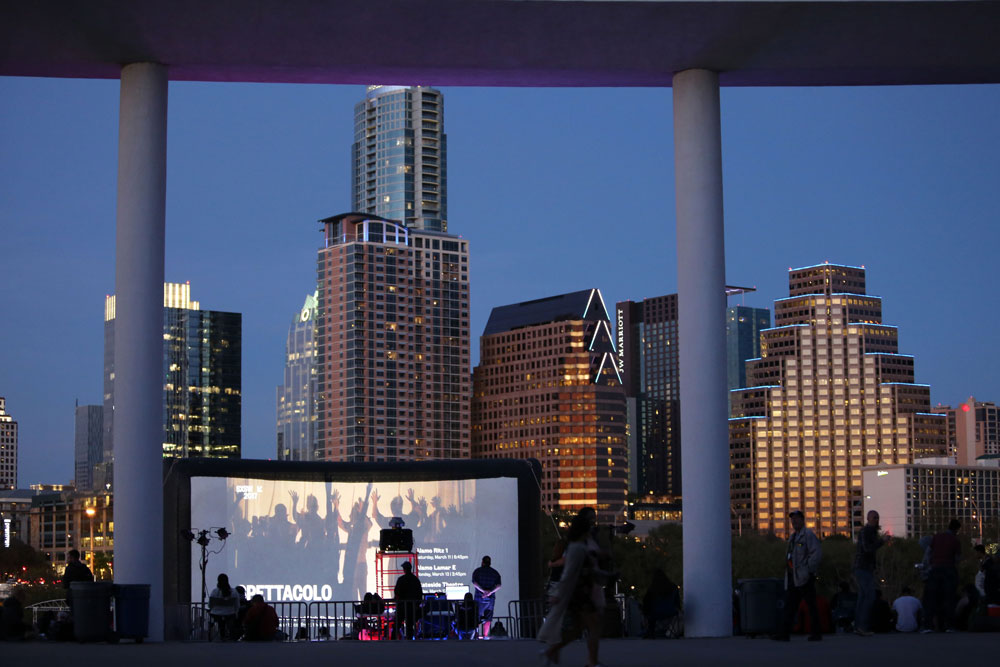 Every March, thousands of people from around the world descend on the capital city of Texas for South by Southwest. Now in its 32nd year, the event, which began in 1987 as a small, local music festival, has grown to include a film festival, conferences on education, comedy, technology, and gaming, as well as numerous exhibitions, showcases, and high-profile speakers.

How to do SXSW for Free

The festival has more free events this year than ever before.

Tips on how to get the most out of your time in Austin.

The Flatstock poster show at South by Southwest.

The History of SXSW

From local music festival to a global sensation over the last 30 years.

Be Sure to Visit

Ellsworth Kelly’s “Austin” installation on the University of Texas campus »

#SXSW18 continues this week in @VisitAustinTX. Anyone heading to town to enjoy the music and sunshine? pic.twitter.com/JkibZW14ML

More than just tech and music: a “live mural” being painted in downtown Austin.#sxsw #SXSW18 pic.twitter.com/I0HY5XVHjo

Local favorite @McConaughey served as a judge in the PerfectPitch competition today at @sxsw #truetexas pic.twitter.com/uaUxherQcD

#SXSW is underway in Austin. What are some of your favorite places to eat when you’re visiting the capital city? pic.twitter.com/xJp2jrq4g5