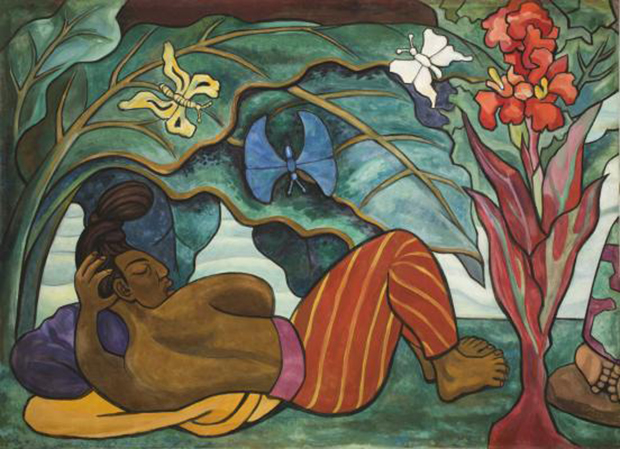 To ensure that more visitors get to see the once-in-a-lifetime exhibit of Mexican modern art, the Dallas Museum of Art has extended public hours for the final weekend of its México 1900–1950: Diego Rivera, Frida Kahlo, José Clemente Orozco, and the Avant-Garde exhibit.

The exhibit, exploring 50 years of Mexican modern art, makes its first and only stop in the US at the Dallas Museum of Art following its successful presentation at the Grand Palais, Paris. The exhibit, which came to fruition as a result of a combined cultural endeavor between Mexico and France, features almost 200 works of painting, sculpture, photography, drawings, and films that document the country’s artistic Renaissance during the first half of the 20th century. The traveling exhibition showcases the work of iconic Mexican Modernism artists alongside that of lesser-known pioneers, including a number of rarely seen works by female artists, to reveal the history and development of modern Mexico and its cultural identity.

From Friday-Sunday, July 14-16, the exhibit will remain open until 9 p.m. The Museum Store, DMA Cafe and Socca also will have extended hours. The museum regularly stays opne until 9 p.m. on Thursdays for it’s monthly Off the Wall program. This week’s theme mirrors the exhibit.

With more than 1,400 Christmas events in 40-plus days, Grapevine – the Christmas Capital of Texas – is getting the holiday ball rolling with tickets for many of those events going on sale at 10 a.m. Tuesday, July 11.

Also going on sale are tickets for live performances and classic Christmas movies at Grapevine’s Historic Palace Theatre will also go on sale.

While in the ticket-buying mood, get a headstart for the 2018 San Antonio Stock Show & Rodeo, slated for Feb. 8–25 at the Freeman Coliseum/AT&T Center grounds.

Tickets for this event are on sale early this year via sarodeo.com, ticketmaster.com or by calling 877/63-RODEO (76336).

The entertainment lineup will be announced in November.

José Arpa exhibit at The Witte

Stop in from 6:30-8:30 p.m. on Wednesday, July 12 to hear a presentation on the exhibit by Michael Grauer, associate sirector for Curatorial Affairs/Curator of Art and Western Heritage of the Panhandle-Plains Historical Museum and curator of José Arpa: A Spanish Painter in Texas.

A current exhibit at The Witte Museum in San Antonio shines a spotlight on José Arpa, the Spanish painter who compelling works influenced many artists and brought Impressionism to Texas.

José Arpa: A Spanish Painter in Texas, which runs through August 27, explores some of the artist’s most well-known paintings, including Burning of the Heroes of the Alamo, which shows his skill with painted light in the flames reflected in the nighttime sky and on the façade of the Alamo. Discover Sancho Panza, one of Arpa’s 46 oil paintings based on the Spanish novel The Ingenious Gentleman Don Quixote of La Mancha by Miguel de Cervantes, and study some of Arpa’s earliest works painted in Europe.

Beyond Texas, Arpa (1858-1952) remains a little-known artist, though during his lifetime he was a widely respected and well-loved figure pivotal to the development of art in every place he lived. In 1899, Arpa traveled to San Antonio, where he exhibited at the 1900 International Fair. Later, he divided his time between Mexico, Spain, and San Antonio, until 1923, when he founded his own painting school in San Antonio, where he soon became one of the city’s most successful artists. In 1926, assisted by his nephew, artist Xavier González, who for a time taught at the Witte, Arpa began teaching plein air painting in Bandera. Arpa was a brilliant colorist whose skill in handling sunlight earned him the nickname “Sunshine Man.” One Arpa expert has noted that the artist “was driven by his interest in the study of light.”