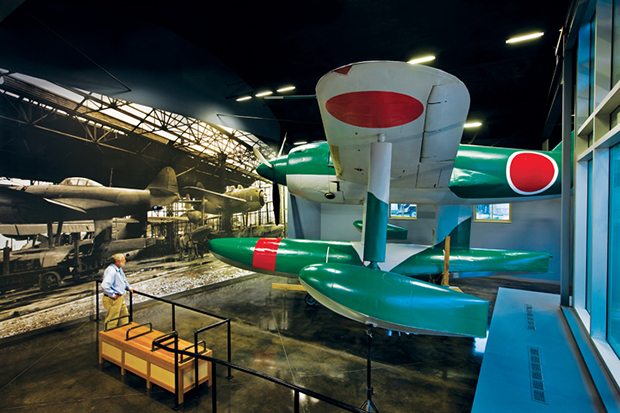 National Museum of the Pacific War in Fredericksburg. (Photo by J. Griffis Smith)

Today on the 75th anniversary of the event, Fredericksburg’s National Museum of the Pacific War remembers the attack on Pearl Harbor through “real-time” Twitter postings and a webinar, as well as, shared accounts at the museum.

Read more about the National Museum of the Pacific War and letters than honor the World War II heroes.

Follow the National Museum of the Pacific War’s Twitter feed for “real-time” postings from the day that will live in infamy.

Join Texas State Historical Association’s  Texas Talks free webinar about the attack on Pearl Harbor and the Texas connection at 6 p.m. on Dec. 7. A live chat follows. Register for the seminar here: https://ht.ly/3FgQ306RVRP

Beginning at 12:25 p.m., a free program includes a talk by Tom Gillette, who was the 10-year-old son of a Navy captain assigned to Pearl Harbor. He shares his account of events, including seeing 20 torpedo planes flying low and in single file above his home. The planes were part of the 300 the Japanese sent that day to bomb the island’s extensive military facilities, prompting the U.S. into the war.

Using today’s technology, the museum also plans to use its Twitter feed to recount the day’s events as if social media were available at the time. Look for rare photos, never-before-seen artifacts and eyewitness accounts in “real time” on Twitter.

Later this evening, museum director Joe Cavanaugh puts the events of Pearl Harbor into perspective and details the Texas connection in a live webinar  at 6 p.m. today, Dec. 7. The webinar, in partnership with the Texas State Historical Association, also includes an interview with James D.  Hornfischer, author of “The Fleet at Flood Tide: America at Total War in the Pacific, 1944-45.