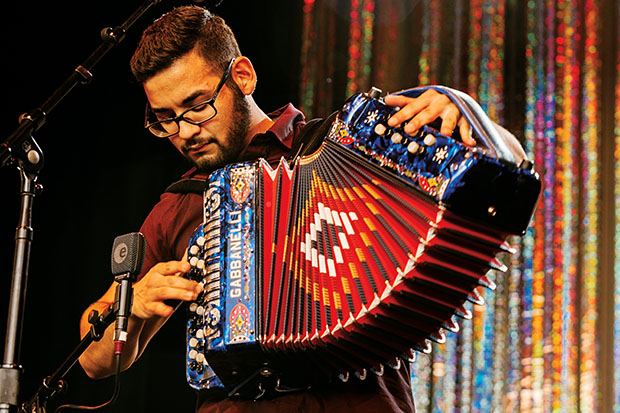 Since 2007, Texas Folklife has been putting on the annual contest for young accordionists playing regional styles including polka, Cajun, zydeco, and conjunto. The contest started February 10 at the Ennis Czech Music Festival and will continue through April with stops across the state. Over the course of the contest showcases, a panel of judges will select three finalists from each of four categories—polka, Cajun, zydeco, and conjunto—for the Big Squeeze Finals on April 21 in Austin. The winners of the finals will be invited to perform at the Accordion Kings & Queens Concert, which is held annually in June at Houston’s Miller Outdoor Theatre. Read all about the Big Squeeze and Accordion Kings & Queens Concert in this Texas Highways story from 2015.

The preliminary contest showcases are:

February 18:  Multicultural Education & Counseling through the Arts in Houston

“The Big Squeeze is one of our most popular and most important programs,” says Charlie Lockwood, executive director of Texas Folklife. “We have a great production team and are excited to hit the road again this year.”