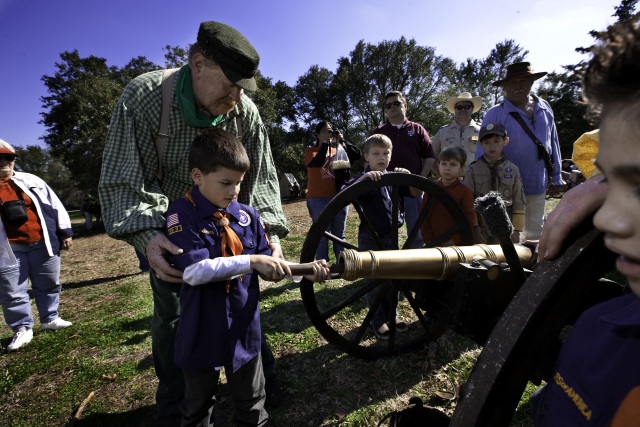 This year marks Texas’ 180th birthday, and several events across the state make fun places to join the celebration (and maybe soak up a little history, too).

While the Alamo has been called “the cradle of Texas liberty,” the state’s official Declaration of Independence was signed elsewhere 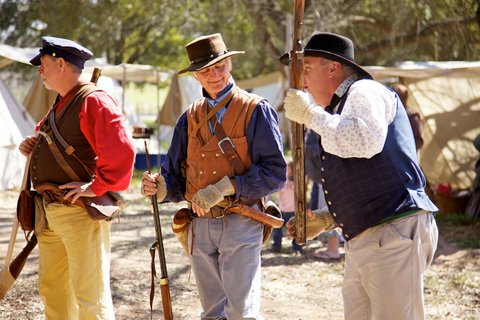 —150 miles away in the town of Washington-on-the-Brazos, on March 2, 1836, as the Alamo was under siege. On the weekend of March 5-6, Washington-on-the-Brazos State Historic Site hosts a historical festival with live music, traditional craft demonstrations, living-history programs, firing demonstrations and historical encampments to show visitors what life was like for settlers caught up in the Texas revolution.

As part of the celebration, staff from area historical sites will be making a 12-day “Ride for Texas Independence” on horseback and in clothing from the era, retracing the route that couriers traveled carrying news from the Alamo. The riders will make their way down the La Bahia road to arrive Saturday in Washington-on-the-Brazos and deliver reproductions of two of the eight letters that Travis sent during the siege. Also on the grounds, the Star of the Republic Museum presents a special exhibit, “A Legacy of Leadership: The Signers of the Texas Declaration of Independence.” Admission fees for the museum and the site’s other attractions, Independence Hall and the Barrington Living History Farm, are waived for the weekend.

Other activities include a performance by the Texas A&M University Singing Cadets; Fightin’ Texas Aggie Band performances on Saturday; “Professor Farquar’s Great American Medicine Show” with Polecat Annie; a historical play titled “The Birth of a Republic” about the signers of the Texas Declaration of Independence; unveiling and book signing of “Washington on the Brazos: Cradle of the Texas Republic” by author Richard B. McCaslin; family reunions of the descendants of the 59 men who signed the Declaration of Independence; a wreath-laying ceremony at the Children’s Monument; the Masonic Flag Raising Ceremony; and additional historical re-enactments. The event runs from 10 a.m.-5 p.m. both days. More details are available at www.wheretexasbecametexas.org or by calling 936/878-2214 to help plan your visit.

For details on these and other Texas Independence Day events across the state, check out our event listings, and be sure to confirm details and check the weather before going. Road condition information can be found at www.drivetexas.org.