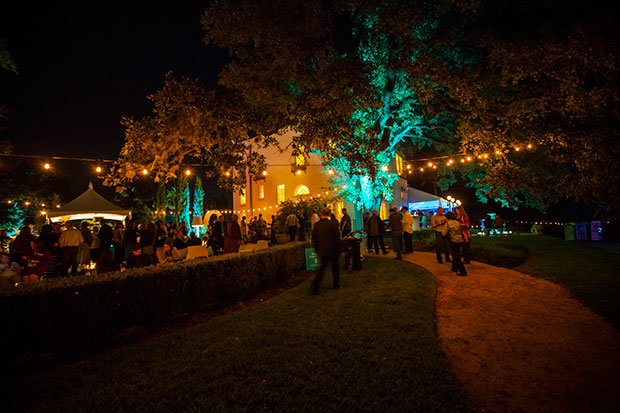 It’s a big week for food-and-drink events in Austin.

First up, on October 15 from 7-10 p.m., the stars at night will truly be big and bright at The Contemporary Austin’s annual fundraiser, La Dolce Vita, an elaborate and luxurious celebration of Central Texas’ best chefs and winemakers. Held on the lakeside grounds of Laguna Gloria, the event raises money for the Contemporary’s art education programs, which serve thousands of families, children, and adults each year. More than 30 local restaurants and a half dozen wineries offer tastes and sips while guests mingle amid the twinkly lights strung throughout the museum ground’s rustling palms, tall Italian cypresses, and majestic oaks. Visit The Contemporary Austin’s website for details. 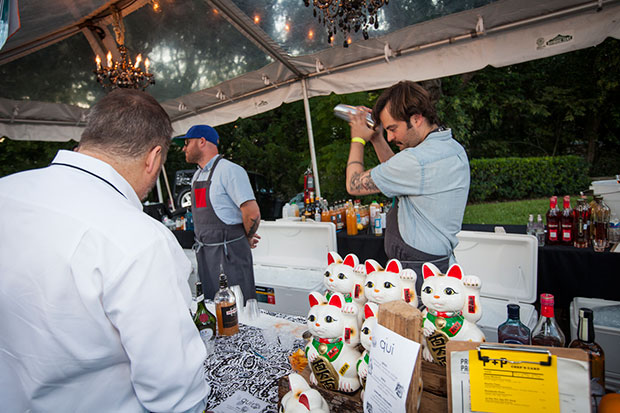 On Sunday, October 18, the Driskill Hotel hosts Cochon555, a culinary competition with the goal of promoting heritage-breed pigs and global barbecue cultures. Part of a national tour that has already visited San Francisco, Chicago, Washington, D.C., and Toronto, Cochon555 has donated more than $450,000 to culinary charities and schools while remaining true to its goal: raising enthusiasm for family farms with the “world’s first environmentally conscious nose-to-tail pig competition.”

Here’s how it works: Cochon555 challenges five chefs to cook one whole, family farm-raised heritage pig for a cast of 20 noted culinary judges. Chefs have a week to prepare the pig and present a “Judge’s Plate” of six dishes. The winner in Austin will be crowned “BBQ King or Queen” and take home more than $3,000 in prizes. This year’s competing chefs are Josh Jones from Salt & Time, Andrew Wiseheart of Contigo, Sarah McIntosh of Epicerie Café & Grocery, Thai Changthong of Thai-Kun, and Quealy Watson of San Antonio’s Hot Joy.

Tickets begin at $100. In addition to sampling the competing chefs’ dishes, attendees can taste creations from 10 non-competing chefs who will prepare their favorite barbecue creations from around the globe (Korean! Brazilian! Even Kansas City!) and sample heritage-pig barbecue, premium wines, artisan cheeses, cocktails, and other libations. Here’s to pigging out, heritage-style.