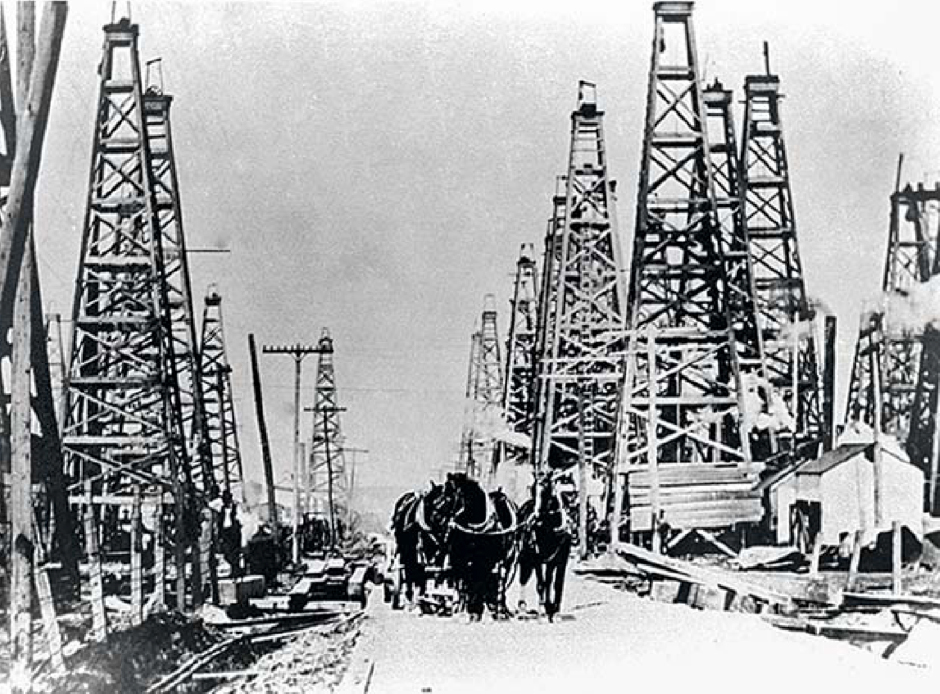 When the Lucas Gusher sprang forth oil at Spindletop on Jan. 10, 1901, the area exploded with opportunities. This Saturday, Jan. 7, that anniversary will be celebrated with a multitude of events at the Spindletop-Gladys City Boomtown Museum at Lamar University. Here’s what else there is to do in Beaumont.

On January 10, 1901, three men toiling on an oil rig on Spindletop hill near Beaumont struck the biggest gusher the world had ever seen. The Lucas Gusher–and the nearby boomtown known as Gladys City that formed to mine its black gold–ushered in the Age of Liquid Fuel and put Beaumont on the map worldwide.

The Spindletop-Gladys City Boomtown Museum at Lamar University in Beaumont celebrates those early days from 10 a.m. to 5 p.m. on January 7 with its annual Driller’s Reunion, the commemoration of the 116th anniversary of the discovery of Spindletop oil.

Boomtown life will be recalled with the re-created Lucas Gusher spouting water at 10:30 a.m. and 4:30 p.m., reenactments by the Big Thicket Outlaws and music by the Harmony Exporters.

Admission is $5 for adults, $3 for seniors and $2 for children 12 and under. Wear a period costume and you get in for free.

Too Big to Miss 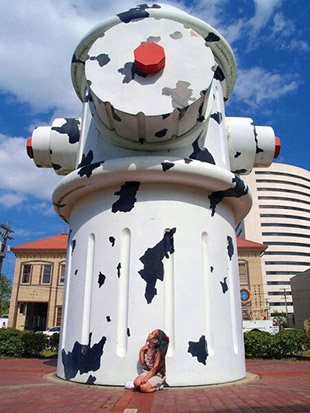 Created for the re-release of Disney’s 101 Dalmatians, the 24-foot-tall, spotted fire hydrant outside of Beaumont’s Fire Museum of Texas might be the most popular photo-op spot in Beaumont. But don’t stop there: The museum itself documents the history of firefighting in Texas from the days of bucket brigades to steam-powered fire trucks and finally, the high-tech firefighting equipment used today. Artifacts on display include a 1909 hand-cranked aerial ladder and a 1923 American LaFrance fire engine.

The life-size working replica of the Lucas Gusher stands tall at Spindletop Gladys City Boomtown museum and blows water hundreds of feet into the sky as it did when oil rushed through it in January 1901. 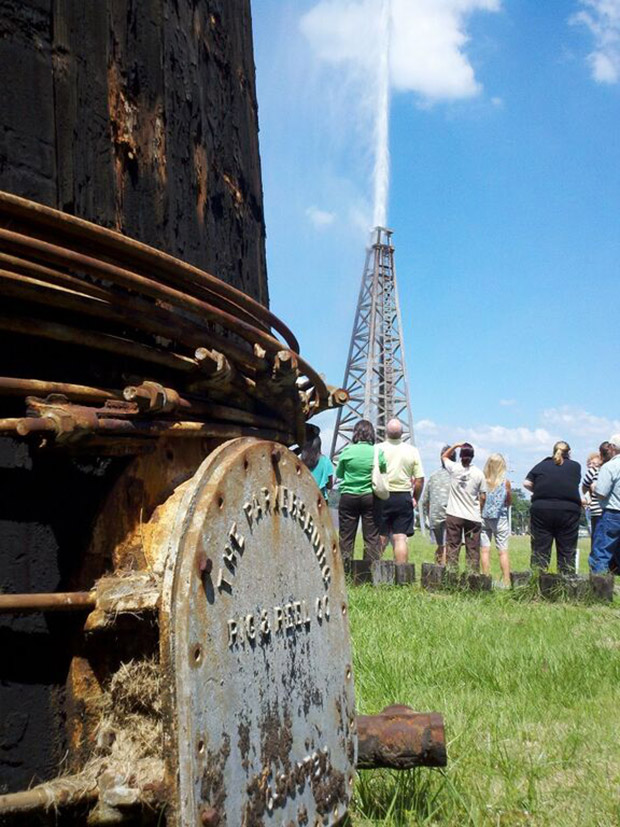 Before the Lucas gusher came in on the Spindletop salt dome near Beaumont, the Texas economy was strongly rooted in agriculture, cattle ranching, and the lumber industry. That all changed with the dawn of the petroleum age. The museum commemorates the discovery of oil in southeast Texas with exhibits, photographs, news clippings, and the model of the original well, which spouts water every January in observation of the event that changed Texas’ fortune.

Beyond the photo op, you’ll find a reptile-focused theme park that showcases alligators, common in the swamps of southeast Texas, as well as snakes, turtles, and other creatures. See them all up-close-and-personal, but maybe not too close in some cases. Feed baby gators and even have you photo taken with one. Gator Country also offers hour-long boat tours into the outlying swamps, where you’ll learn more about the ecological importance of the bayous and spot numerous species that make the area home. 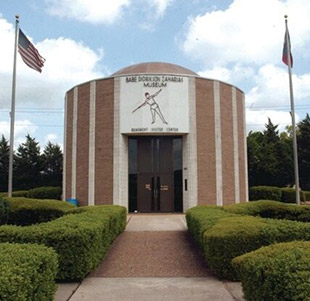 Born in 1911 in Port Arthur, Didrikson dominated women’s sports from the 1930s through the 1950s, winning 3 gold medals in the 1932 Los Angeles Olympics. Especially skilled in track and field, basketball, and golf, Zaharias also excelled a diving, bowling, billiards, and roller-skating. The museum is full of trophies, photographs, news clippings, and memorabilia. “The formula for success is simple,” she once said. “Practice and concentration, then more practice and concentration.” Zaharias died of colon cancer in 1956 and is buried in Beaumont.

Experience the life of an early Southeast Texas settler and pioneer at the John Jay French Museum. The oldest surviving home in Beaumont, it was built in 1845 by merchant John Jay French as a trading post and tannery. An old-fashioned white fence, sprawling green lawn and venerable oak trees surround the simple Greek revival-style home. The museum depicts the 19th century life in East Texas and now attracts researchers from all over the area to its seven restored rooms and archival library. Outbuildings on the grounds include a blacksmith shop, tannery, privy, and smokehouse. The museum also hosts Camp Lookinback every summer where kids can experience another time in Texas history. The museum is funded by the Beaumont Heritage Society, which also endows the Chambers House Museum and hosts regular Heritage Happy Hours throughout the year.

No, Thomas Alva Edison isn’t a native of Beaumont, but the city gives the inventor plenty of props with its fascinating Edison Museum, which is housed in its 1929 Travis Street Substation. More than 1,400 artifacts document Edison’s inventions and innovations, which include the light bulb, the motion picture camera, and the phonograph. By the time he died in 1931, Edison had more than 1,000 U.S. patents. Still, he insisted “Genius is 1% inspiration and 99 percent perspiration.”

When the Lucas gusher came in at the Spindletop salt dome in January 1901, W.H.P. McFaddin was already a wealthy man thanks to his business smarts in cattle ranching, farming, and commercial real estate. But the Spindletop discovery, which would usher in the petroleum age and transform the Texas economy, made McFaddin and his wife, Ida, one of the richest couples in the region. Their Beaux-Arts Colonial home, originally built for Colonel W.C. Averill and his wife Di, a sister of W.H.P., was built in 1906. But after the Colonel and Di lived in it for a few months, they decided to swap houses with the McFaddin family. Today’s visitors can take docent-led tours of the home’s three floors, which are decorated with period antiques. 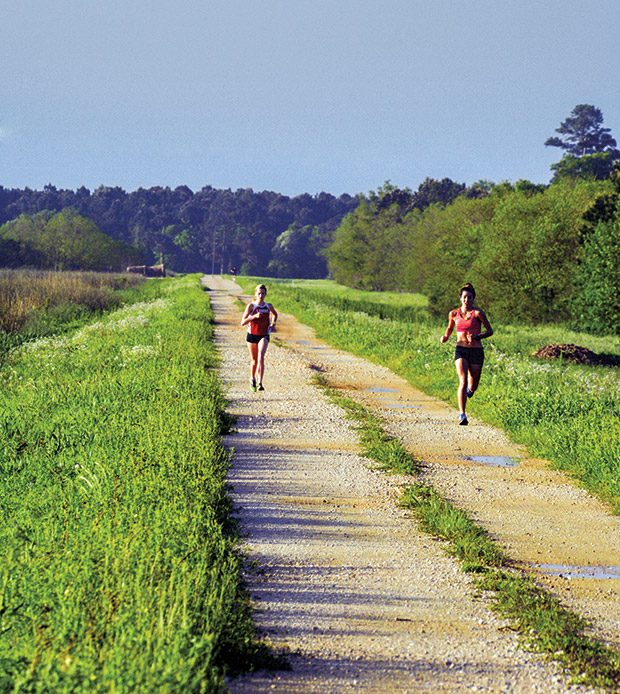 Then there’s the Cattail Marsh, a 900-acre wetlands area accessible to the public.

The City of Beaumont Water Utility Department established Cattail Marsh to provide the finishing touches to its water treatment process. The marsh carries out its job simply by functioning as a natural, beautiful wetland Birders have recorded more than 350 species around the site’s eight cattail-fringed ponds, grassy berms, and Hildebrandt Bayou, which runs along the edge of the marsh. Regular spring sightings include pelicans, egrets, roseate spoonbills, ducks, ibises, sandpipers, and red-winged blackbirds. During fall, you may see migrating warblers and hawks. Keep an eye out for the impressive resident alligators, too.

With a permanent collection of more than 1,000 artworks, AMSET has chosen its niche carefully: documenting modern and contemporary American art with a focus on southeast Texas. Works include paintings, prints, photographs, sculpture, and folk art, the latter of which is best illustrated by the semi-permanent exhibition Somethin’ Out of Nothin’: The works of Felix “Fox” Harris.

This 24,000-foot museum presents not only the history of steamboating in the region, but also illustrates how Beaumont and the rest of southeast Texas fared during the Civil War, World Wars I and II, and the Korea and Vietnam wars. Other displays feature wildlife of the area and art from the frontier era. Open by appointment.

With interactive exhibits and displays, including holographic storytellers, this museum illustrates the importance of the petroleum industry to the economy of Beaumont and the world. Visitors learn about the geology of oil creation, and then explore the topic of petroleum science from the challenges of extracting it from the ground to transporting it. You can even try your luck “piloting” a supertanker up the Neches River to dock at an oil refinery.