Texas' brew scene give beer lovers a reason to celebrate 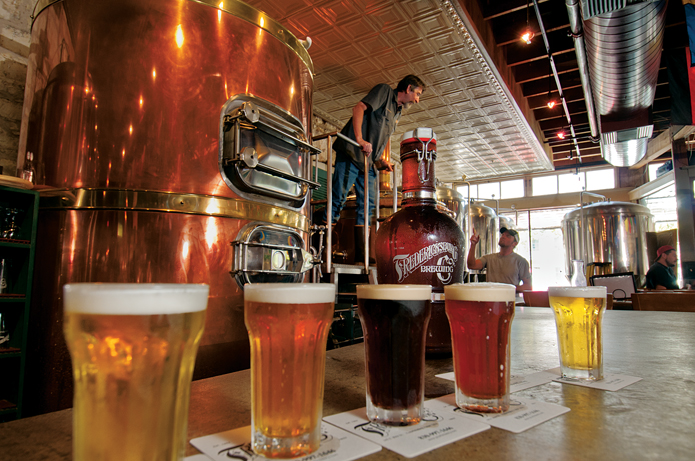 You don’t need a special occasion to appreciate a cold beer, especially with the growing mastery of craft brews, but today (Sep. 7) does happen to be designated as a day for those who love the ol’ hops and grains concoctions. Pubs, bars and breweries around you are likely planning to partake in the celebration.

Aug. 7 is International Beer Day, held the first Friday of every August since 2007.

One way to celebrate beer is to dive into the state’s craft beer culture that has truly been hopping (Ha. Pun intended)! Like Texas’ wine industry, the art of craft brewing continues to gain ground in the heart of beer drinkers, and the creative creations are flowing.

Here are a few stories we share about some of the state’s brewers.

The Beer from Out Here: Big Bend Brewing Co. makes beer with a West Texas attitude

A Devotion to Craft:  It’s all about community at Houston’s Saint Arnold Brewery

Brewery Tours: Where there’s a brewery, there’s likely to be a tour

Daytripper with Chet Garner: No Finer Day in Shiner.

Some places just know how to set the scenario with a lively beer garden.

Enjoy the brew, but as always, drink responsibly.