Cirque: Behind the Scenes

Take a peek at the peformers before they take the stage

If you’ve ever seen the mesmerizing performances of Cirque du Soliel, you may enjoy a few photos from behind the scenes of its production OVO, with performances remaining in Corpus Christi and El Paso. 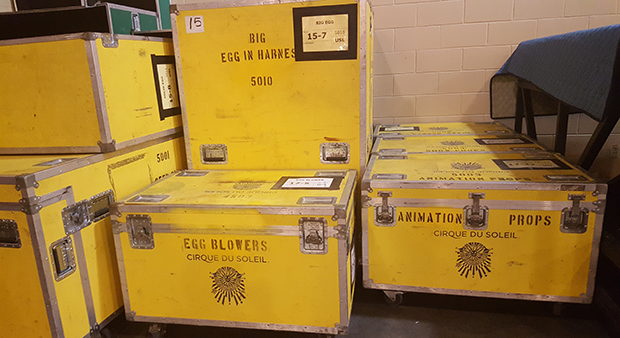 Crates carrying the productions namesake – OVO, the big egg, as well as other assorted props. 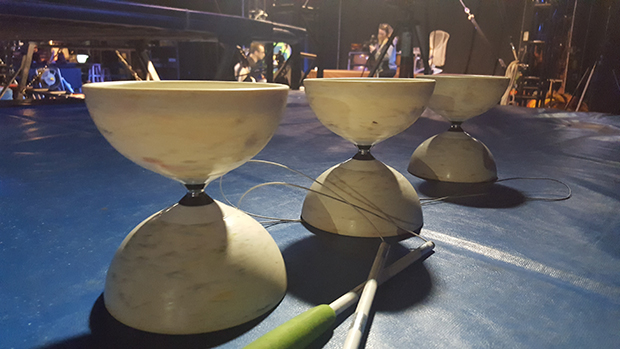 Diabolos sidelined in between juggling rehearsals. 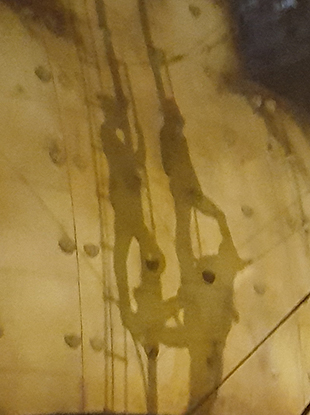 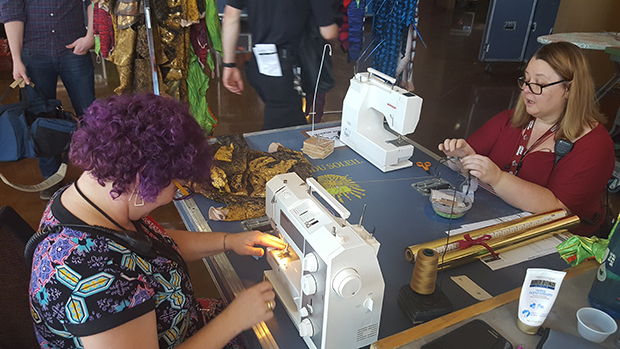 Seamstresses continually work to patch up/repair costumes for the 50 performers. 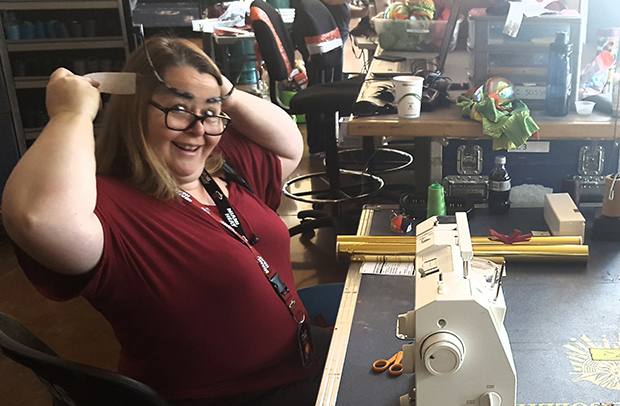 Costumes include wings, shoes and even eyebrows, as demonstrated here. 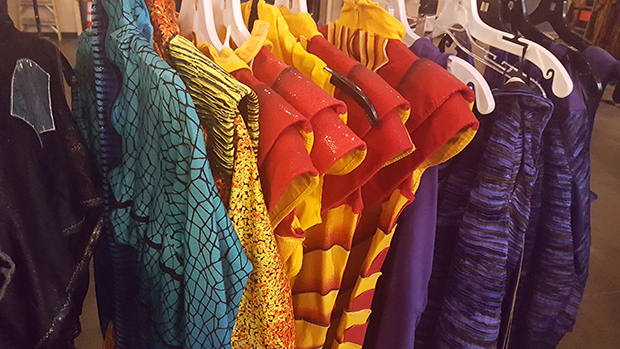 Perfomers’ costumes come in multiples, and the crew trucks also include several washers and dryers to help keep it all clean and tidy. 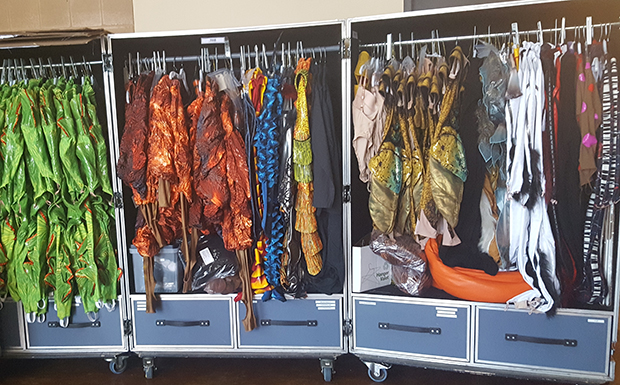 Preparedness is key. There are plenty of backups for any wardrobe malfunctions. 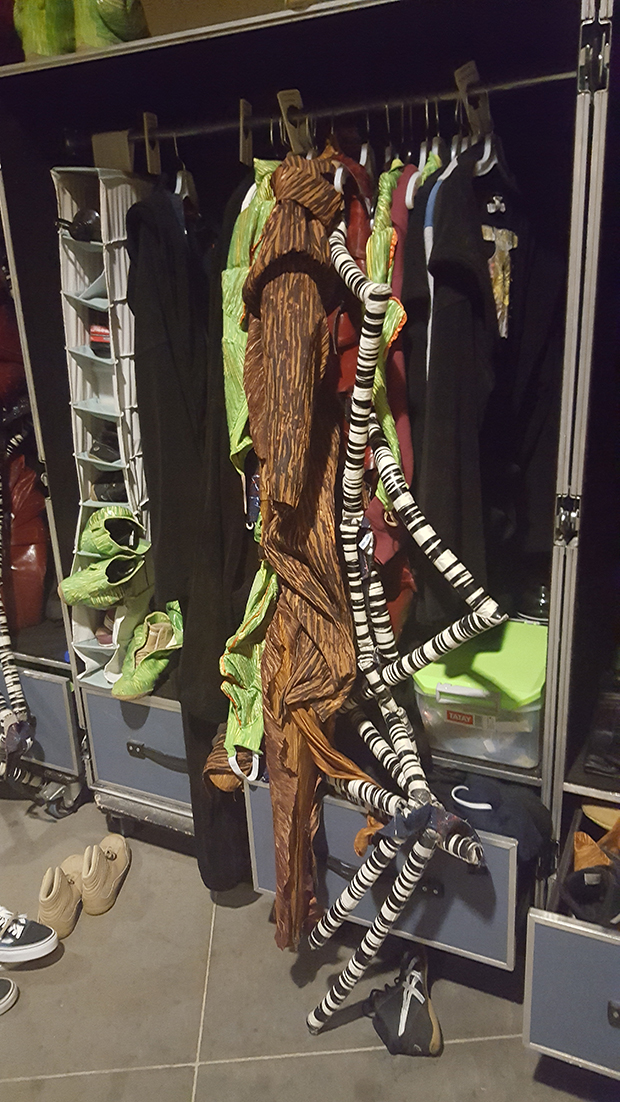 Eeks! There’s a bug in the closet! 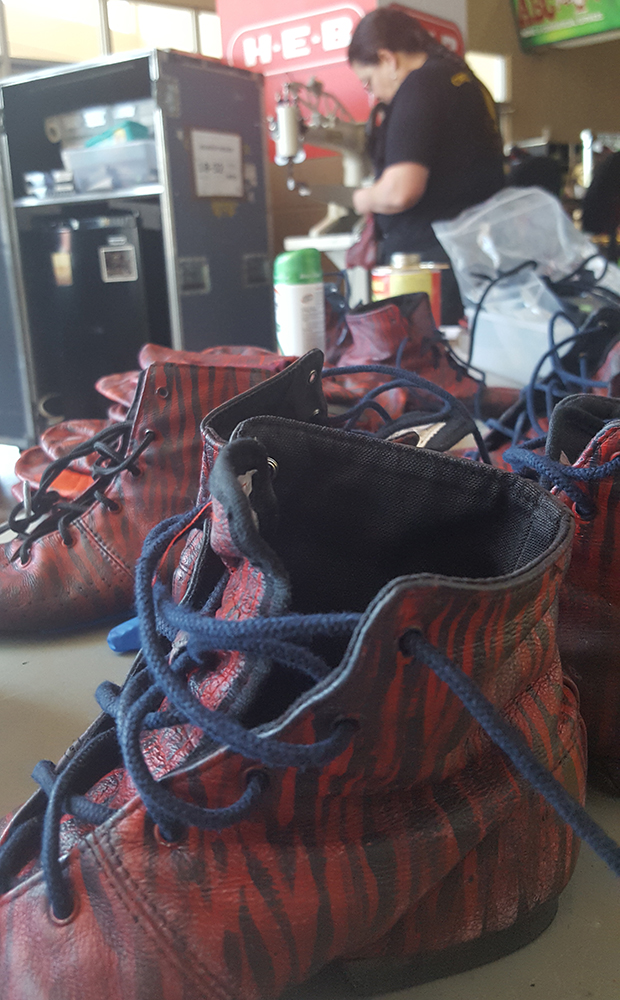 The foot-juggling ants put a lot of wear and tear on their shoes, as do the other cast members. That’s why Cirque employs its own traveling cobbler.