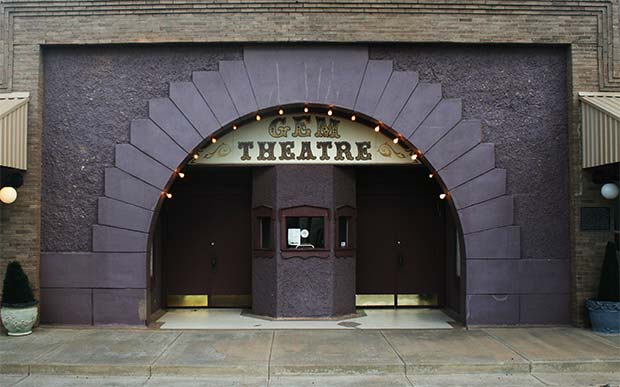 The Gem Theatre in Claude kicks off its centennial celebration this Saturday, February 7, with a concert by Coby Carter & Five Miles West. The theater opened as “the Claudia” in 1915, presenting silent films and vaudeville stage shows for the Panhandle ranching community.

“The Gem is a vital part of Armstrong County,” says Amy Lovell, executive director of Armstrong County Museum, Inc. “How many towns with 1,200 people can say they have a theater, much less one that’s still in operation? It really enhances the culture of the area.”

Nowadays, the 191-seat theater is part of the private, nonprofit Armstrong County Museum Inc., along with the county museum and the Goodnight Historical Center, which is the historic home of pioneering Texas rancher Charles Goodnight and his wife Mary Ann Dyer Goodnight. 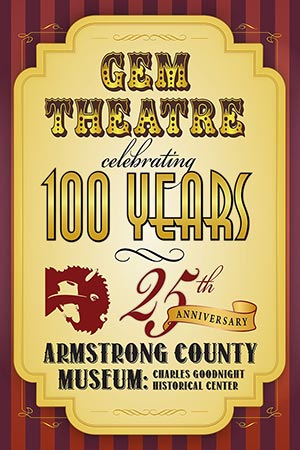 Over the years, the Gem Theatre has premiered two prominent Westerns films that were made in the Panhandle: Old Texas, made by Charles Goodnight about Texas cowboy life, in 1918; and Hud, starring Paul Newman, in 1963.

Other shows planned for the Gem’s centennial year are Joe Gillis and Desert Pearl on March 7; the Tejas Brothers on May 2; Brave Combo on June 6; the Texas Gypsies on August 1; Warren Hood on September 5; the Almost Patsy Cline Band on October 3; and the Texas Guitar Quartet on November 7.

The Gem’s 2015 offerings also include a production of The Odd Couple (Female Version) in April; a July 11 open house as part of Claude’s annual Caprock Roundup; and a community Christmas production in December.

Tickets for the music shows cost $10 for adults and $3 for schoolchildren, available by calling the theater at 806/226-2187. For this weekend’s show, free babysitting is available if you call in advance.