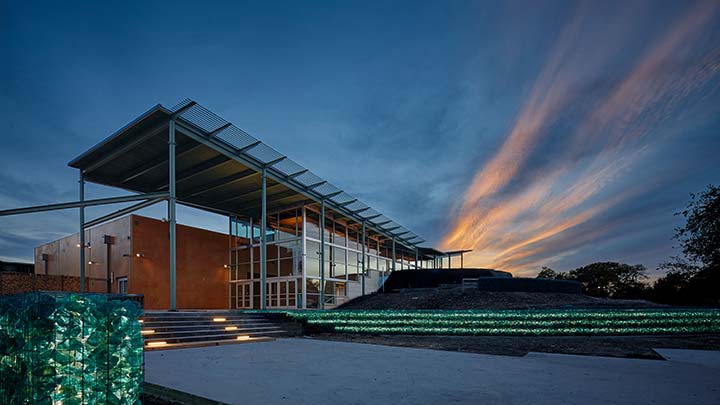 As if San Antonio didn’t have enough to brag about (Texas Top Destination), the city is adding another eye-catching attraction to its arsenal – the DoSeum – this weekend. On Saturday, June 6, the doors will swing open to the new state-of-the-art, interactive children’s museum.

Advance tickets are required for grand opening day, Saturday, June 6. Get the $5 tickets at www.thedoseum.org/grandopening.

Learn more about The DoSeum.

Just in time for those newly released for the school year, the DoSeum is surely one of the most beautiful children’s museum, and from the sounds of its offerings, it will be crawling with entertained families. It’s focus is interactive exhibits using science, technology, literacy, art, creativity and imagination.

Here’s what visitors have to look forward to seeing:

Baxter, a revolutionary robot that will work alongside children to encourage them to be inventive with the supplies and resources at hand.

In Spy Academy, children use math skills to solve their way through several missions to become a master spy.

The Puppet Parade, the first of its kind in the country, lets visitors (adults will want to play, too) use their bodies to control larger-than-life creatures projected on a wall in front of them. This permanent interactive exhibit wasa created by designers at MIT.

A musical staircase, like the Walking Piano mat, creates lights and an evolving musical score as you walk up or down. Enjoy the climb.

And don’t miss the DoSeum Treehouse. At 26-geet high, it’s one of the biggest free-standing outdoor treehouses in the country. Best of all, it’s ADA-accessible so everyone can hop on.

The DoSeum, in the Broadway Reach district, has more than 26,000 square feet of indoor exhibits and another 39,000 square feet of outdoor exhibit play space. Because it was designed to incorporate solar energy and the use of water recycling, the museum is set to receive LEED Gold certification, making it among the most sustainable museums in Texas.