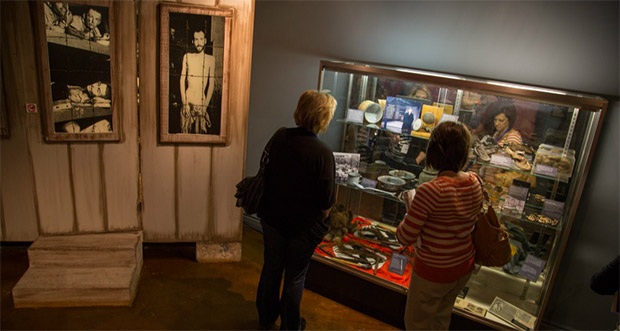 The United Nations General Assembly designated January 27—the anniversary of the liberation of Auschwitz-Birkenau—as International Holocaust Remembrance Day. In Texas, we have a few museums that work year round to make sure it is never forgotten.

17 Haunting Holocaust Memorials Across the Globe

On International Holocaust Rememrance Day, or any day, visit one of Texas’ museums dedicated to telling the story of the Holocaust in as many ways as one can imagine. These are powerful places telling powerful stories about human rights violations, the Nazis, those who survived and those who died, like the young girl whose diary shed great light on a family’s experiences in hiding.

All year long, though, there’s a deep reverence that comes with entering these buildings. The stories, and sometimes even just a singular article in an exhibit, can trigger a flood of emotions. Painful as it may be to revisit this part of history, these museums serve an important role in not letting us forget so that we don’t allow it to happen again. Ever.

The Dallas Holocaust Museum Center for Education and Tolerance features the exhibit “Anne Frank: A History for Today” and, at 11 a.m. on Saturday, Jan. 30, an interactive program “Anne Frank & Human Rights“ program (offsite at the George W. Bush Presidential Library and Museum.)

On Wednesday, Jan. 27, the Holocaust Museum of Houston is hosting free walk-in guided tours on the hour beginning at 11 a.m.-3 p.m.

El Paso Holocaust Museum & Study Center is hosting a remembrance at 5:30 p.m. as part of its Annual Membership Meeting. All are invited to attend.