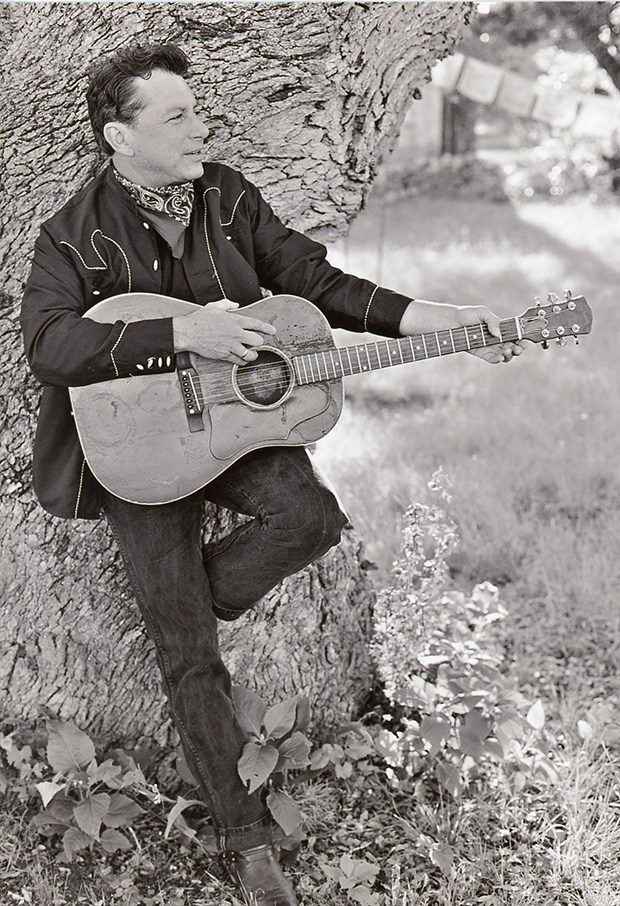 It’s been a busy year for roadhouse rocker Joe Ely, the prolific songwriter, guitarist, and singer known for his captivating portrayal of the grit, despair, and romance of his native Texas, particularly the Panhandle region where he grew up. Born in Amarillo and raised in Lubbock, Ely has been an integral part of the Texas music scene since the 1970s and has performed with bands as diverse as the Clash and Los Super Seven.

Ely released a new record, Panhandle Rambler, last week, following a year that also included the the release of his first fictional novel, Reverb: An Odyssey; the release of B484, an album recorded in 1984 and the first album ever recorded digitally using an Apple II computer; and the release a duet single with Linda Ronstadt called “Where is my Love.” On top of all that, the Texas Legislature recognized Ely this year as the Official 2016 Texas State Musician.

Ely’s already on the road in support of Panhandle Rambler with Joel Guzman, the accordionist who has partnered with Ely on multiple projects over the years. A few days before starting the tour, Ely took time to visit with Texas Highways about Panhandle Rambler, his creative process, and some of his favorite Texas roadside stops.

TH: How did growing up in the Texas Panhandle affect your music and writing, particularly in the case of Panhandle Rambler?

Ely: Well, it’s affected every single bit of it. In fact, almost every record that I’ve ever started, my starting place is always the Panhandle and somewhere like Lubbock or Amarillo, and then it goes on from there. That’s always been my inspiration, those big open skies with the horizon all the way around, 365 degrees. There’s something about all that big emptiness; I love to fill it up with music. I travel all over the world, but I always have to make a trip up there to start something new. It’s kind of like an inspiration point.

This record actually pretty much stayed in the Panhandle. If you look at it, the Texas highways start up above Amarillo at the Canadian River, and go down to Amarillo and Palo Duro Canyon to eastern New Mexico and down to Big Bend and Valentine and Marfa. You could find a lot of this record in the flatlands and the desert, too. There’s a little bit of danger down along the border these days with the cartel, and I touched a little on that in a couple of songs. And I used some of the landscapes in other songs.

TH: What was your reaction to being named 2016 Texas State Musician?

Ely: It’s quite an honor, because the state of Texas has always been my inspiration, and it’s such a huge state with so many cultures and landscapes and types of music. I just feel honored to be a part of that. I’ve tried to take pieces of all of the music of Texas and work them into my songs over the years, all the way across the line, from the early country stuff through the rock and roll, and East Texas blues, and South Texas Latino music.

TH: It’s been a very productive year for you—how do maintain your productivity?

Ely: I work all the time, but I don’t really look at the time frame of the projects I’m working on. I kind of just work on them until they’re done. I try not to make it to where I have deadlines, because to me, a collection of songs takes a while to gel. And in the case of the new record, Panhandle Rambler, I really started working on it right when I finished my last studio record, which was Satisfied At Last, which was about four years ago. While I was working on Satisfied at Last, I found some songs that I’d written but hadn’t recorded and found some pieces of recordings that I’d done before, and as I started looking at that I found songs that went together. I didn’t really know what the story was; I had to let the songs tell me the story. And that was just a process, and I’ve done that all my life. I don’t just sit down and hope I get inspired and write 10 songs in a month. That never happens. But it does happen that as I constantly work, I find missing pieces to the overall puzzle.

TH: As a veteran musician, how do you keep the creative juices flowing?

Ely: I’m just really curious as to how things will end up and where things go. It’s really the process, not so much what’s going to come out. It’s the process of always looking for another piece of the puzzle as far as if you look at a collection of songs, in this case 12 songs, and in doing so, I sometimes work on three or four different records at the same time. Because I’ll finish one song up and then find another one and it doesn’t really fit in with what I’m doing now.

I guess part of the reason I can do this is because I’ve always had my own studio [Spur Studio, located between Dripping Springs and Driftwood], and I’ve been able to record from the ground up. Being in the music world for so long, I know a lot of interesting musicians, and I find places for them to put a part, and there are so many different textures—from steel guitar to slide guitar and accordion and keyboards. I’m lucky that I’m able to work on each record in my studio that’s just right next door to my house. A lot of times I’ll go over and work late at night and sometimes work all night. I’m out in the country, so I don’t bother anybody and I can pretty much do that any time I’m at home.

TH: How much of the year do you spend on the road?

Ely: Nothing like I used to. I used to go out 250 days a year. I’ll probably go out 100 days a year now. That’s part of a musician’s life is to take the music to other places.

TH: What percentage of your touring is in Texas?

TH: What are your favorite venues to play in Texas?

TH: What are some of your favorite Texas roadside stops?

Ely: Allen’s [Family Style Meals] restaurant in Sweetwater. It’s a great stop. It’s a little bit of everything—home cooking, family style. Off the beaten path. You’d have to really look for it, because it’s not on the interstate. Oh, and of course Cooper’s BBQ in Llano. And I live just down the road from Salt Lick barbecue in Austin, which is a great stop. That’s a great place to come back to. There’s a fresh shrimp place on Greenville Avenue in Dallas called Aw Shucks, right across from the Granada Theater, where we play sometimes. Of course every city has its favorite things.

When we go out on the road, the band just kinda starts squirming a little bit when we get close to one of those great stops, and you know you better pull over or it’s going to be uncomfortable traveling if you don’t. That’s one of the great things about being on the road is discovering a new place. That’s always a thrill.