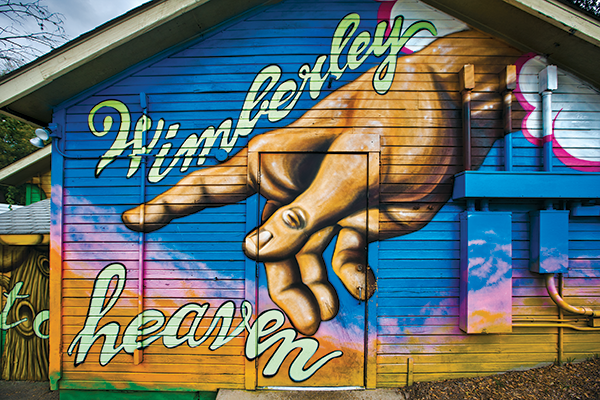 It has been 3 months since torrential rains soaked a drought-stricken and thirsty state, but in the wake of the Memorial Day weekend downpour was a horrific path of destruction. This mixed blessing, that helped fill waning lakes, had also caused families to lose homes, communities left to pull the pieces back together and, most importantly, there was a devastating loss of life.

The sadnesses still run deep, but at times like these, hope is revived in one’s faith in humanity. When we are faced with the most harrowing circumstances, it’s our nature to pull together, pull through and move on, with sadnesses carefully nursed along the way.

And those areas that suffered the most damage – the State Parks and communities like Wimberley that were in the thick of it all – methodically and quickly began to pull themselves back together with much help from caring individuals.

Part of moving on is our continued support for the communities, parks, businesses and more that have long opened the doors for our business. They felt the pinch as they were perceived to have been wiped away by the 10 inches of rain that fell. But we can’t forget our resilience.

Most of the downtown Wimberley businesses were above the flood waters and those few that were damaged have long since reopened. Popular gathering spots such as Blue Hole, Jacob’s Well and Old Baldey weren’t damaged, and there are still other wonderful cultural offerings like the EmilyAnn Theatre and Gardens, The Wimberley Playhouse and many other galleries and shops thriving in that community.

For state parks, much work went into getting everything back online as soon as possible. We tracked some of that progress along the way, and appreciate what State Parks offer to the quality of life for all Texans and visitors. Even in the best of times, the State Parks could always use our patronage.

We won’t forget the devastation and destruction, but together, we can work to move forward together.