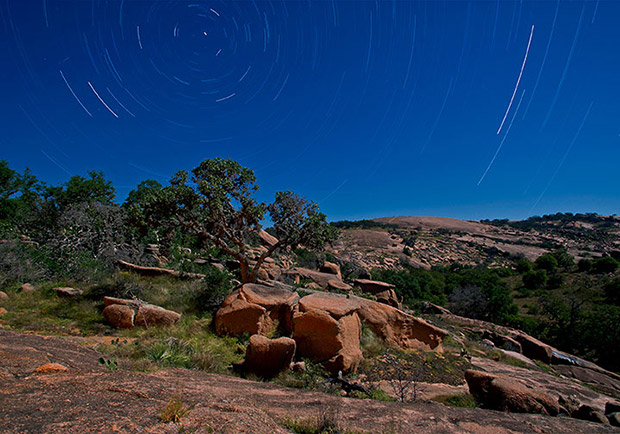 There’s a big production tonight, and it’s in the skies. Join the millions of eyes that will be looking upward for what is expected to be a brilliant showing of the annual Perseid meteor shower. Many parks and observatories across the state also will be geared up for what astronomers predict will be an especially good year to view the phenomenon.

Your viewing window is just before midnight, Thursday, August 11 and into the early morning hours of Friday, Aug. 12. Allow about 20-45 minutes for your eyes to adjust to the dark. Position yourself in a comfy reclining chair or lie on your back and look straight up. Increased activity may also be seen on Friday evening, August 12 into Saturdary morning, August 13.

Can’t see if because of clouds or too much light pollution? View the live broadcast of the Perseid meteor shower will be available via Ustream overnight beginning at 9 p.m. CDT on Thursday, August 11 and Friday, August 12.

If you can, get away from city lights. The most ideal places in Texas are dark sky parks or remote areas with minimal light pollution. Also, many Texas state parks are hosting stargazing events, including a night hike at Enchanted Rock, an International Dark Sky Park. Here are a wider range of options that are remote and offer some of the darkest skies in the state:

Resaca de la Palma and nearby Nompuewenu Observatory in Brownsville

Get the essentials about the Perseid meteor shower at EarthSky.

The Perseids appear each August when Earth crosses paths with trails of debris left behind by the ancient Swift-Tuttle comet.

“Forecasters are predicting a Perseid outburst this year with double normal rates on the night of Aug. 11-12,” says Bill Cooke with NASA’s Meteoroid Environments Office in Huntsville, Alabama. “Under perfect conditions, rates could soar to 200 meteors per hour.”

An outburst is a meteor shower with more meteors than usual. The last Perseid outburst occurred in 2009.

NASA explains that every Perseid meteor is a tiny piece of the comet, which orbits the sun every 133 years. Each swing through the inner solar system can leave trillions of small particles in its wake. When Earth crosses paths with Swift-Tuttle’s debris, specks of comet-stuff hit Earth’s atmosphere and disintegrate in flashes of light. These meteors are called Perseids because they seem to fly out of the constellation Perseus.

Typically, Earth just grazes the edge of the comet’s debris, so there is less activity. This year, however, with Jupiter’s gravity drawing the debris closer, Earth is expected to be in the midst to the meteor trail, with three or more streams of comet debris expected.

“Here’s something to think about. The meteors you’ll see this year are from comet flybys that occurred hundreds if not thousands of years ago,” said Cooke. “And they’ve traveled billions of miles before their kamikaze run into Earth’s atmosphere.”

Perseid meteors travel at 132,000 miles per hour. At that speed, even a smidgen of dust makes a vivid streak of light when it collides with Earth’s atmosphere. Still, the Perseids pose no danger to Earth. Most burn up 50 miles above our planet.