Can you spot Phil in our Alamo video?”

The House and Senate passed the resolution citing that Collins’ “donation of this phenomenal collection will greatly enhance the experience of visitors to the Alamo, providing them with a greater understanding and appreciation of the famous battle and its place in the arc of history.” 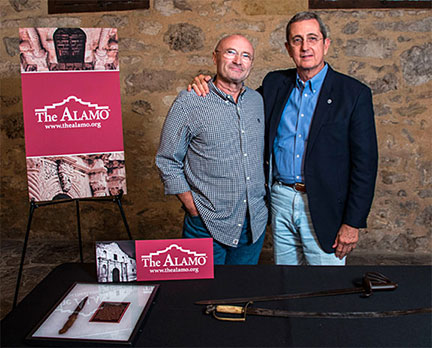 The resolution also states that, “On his second visit to San Antonio in 2004, Collins formed a friendship with the owner of the History Shop, located just a short distance from the mission; the ground under the store had never been excavated, so Collins arranged for and participated in a historical dig that recovered a host of significant objects; in addition, he made possible the installation in the History Shop of a large diorama of the Alamo compound, and he recorded narration that enhances its depiction of the position of Texian defenders during the attack.”