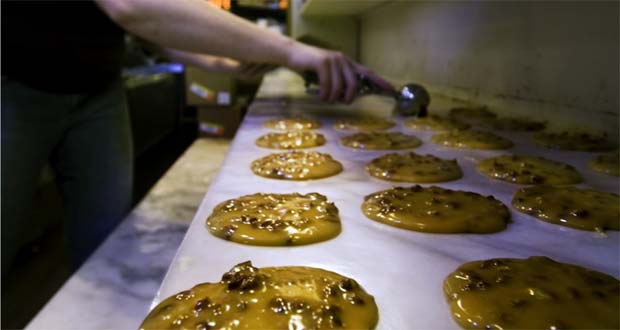 Pralines in the making at Jefferson General Store in Jefferson. (Photo by J. Griffis Smith)

One of the great pleasures of being in Texas (and the South) is the bounty of pecans. Oh, how I love pecans! No matter how they are served, I’m apt to eat more than my share, and on this day – National Pralines Day – I volunteer to eat one … or two.

Seriously, it’s National Pralines Day as determined by … well, I don’t know, and it’s not really “official,” but surely someone who knows a good thing when they see it came up with this.

Apparently, the French kicked off the treat in the 17th century when a sugar industrialist started making almonds coated in caramelized sugar. The French brought that recipe with them to New Orleans, and local chefs made the most with the pecans at hand by substituting them for the almonds. They added a little cream, too. And THAT is how we get the good ol’ southern praline.

All of that doesn’t really matter when you’re enjoying a praline – crisp or chewy. It’s so very nutty and delicious, and that’s all you need to know. Right?