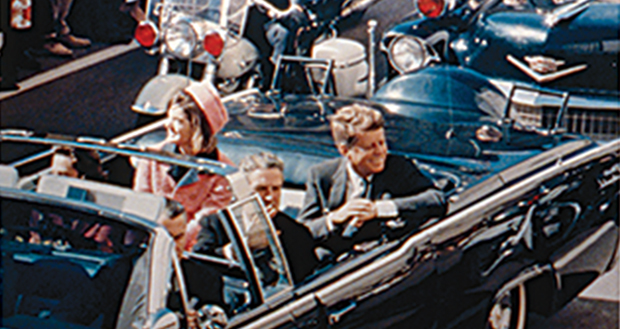 The nation and the world were shaken just after noon on Nov. 22, 1963. President John F. Kennedy had been shot. Tuesday marks the 53rd anniversary of that fateful day.

Visit one of the most comprehensive collections of John F. Kennedy-related materials at the Sixth Floor Museum in Dallas.

Twenty-Six Seconds: An Evening with Alexandra Zapruder is slated for 7 p.m. on Tuesday, Nov. 22 at the Sixth Floor Museum at Dealy Plaza. The speaker’s grandfather was Abraham Zapruder, whose home movie captured the assassination of President John F. Kennedy as his motorcade passed through Dealey Plaza.

It was a moment, like Sept. 11, 2001, where one never forgets where they were, how they found out and how it made them feel. In the 53 years since the assassination of President John F. Kennedy, the country continues to lament the collective innocence that was lost in that moment. There aslo continues to be a deep intrigue in every aspect of the assassination – days before and after, the key players, the theories and more. Museums, like Dallas’ Sixth Floor Museum, helps keeps the conversation going and the memory of John F. Kennedy, now buried at Arlington National Cemetery, alive.

Here are a few stories we’ve shared that add to the dialogue.

JFK in Photos: This timeline of images, courtesy of the John F. Kennedy Presidential Library and Museum in Boston, offers a quick glimpse of Nov. 22, 1963

Remembering JFK at The Sixth Floor Museum: Through some 400 still photographs, six short films, and numerous artifacts, leads you through a thought-provoking study of the life and final moments of our 35th president. It also provides factual presentations on the aftermath of the assassination, the four official investigations of the crime, and several of the conspiracy theories that have arisen.

New Revelations: The home where Oswald stayed before the assassination opens as a museum in 2013.

Some things you never forget: Gene Fowler, a contributing writer for Texas Highways,  shares his memory of that fateful day.

Reader shares her story: Texas Highways reader Ann Cunningham shared her story of that day and its impact.