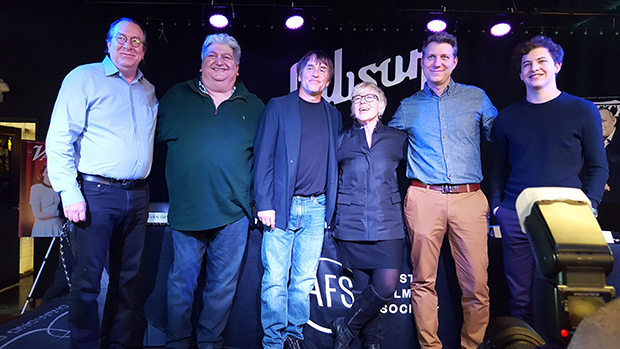 On Thursday night, the Austin Film Society hosted the 2017 Texas Film Awards show, an event that also marks the unofficial kickoff to South by Southwest Conferences. The award ceremony spotlighted honorees who help support the legacy of Texas film.

Austin-based actor Tye Sheridan, who was named one of Variety’s 10 Actors to Watch, received the Rising Star Award. With no acting experience, Sheridan was cast in Terrence Malik’s 2011 movie The Tree of Life. He has since garned much attention (and awards) in roles such as Joe, Mud, Detour and X-Men: Apocalypse. He will be in the Steven Spielberg-directed Ready Player One, slated for a 2018 release.

Documentarian and San Angelo native Hector Galan received the Austin Chronicle Ann Richards Award. He is recognized for his portfolio of documentaries that share from the Latino perspectives. Those include Chicano! History of the Mexican American Civil Rights Movement; New Harvest, Old Shame; and The Hunt for Pancho Villa, Children of Giant.

The film Terms of Endearment received the Star of Texas Award. (accepted by MacLaine)

Here are some deep thoughts and small talk from the honorees about Texas, their films, and Austin and Texas’ movie scene.

On Texas Film incentives and the legislative uncertainty: I would really like to see them really restore the incentives to as close as they can to what we had at the 2015 session. The more money that’s set aside, the more business will come here.

They have statistics that show that for every dollar we give to a film, we get $5.50 in return, so it’s just good math. Also, it’s not as if the state is giving the film the money before it’s shot. They have to already been shot and they turn in their receipts and go through multiple audits, so there’s a guarantee that we’re getting the bang for our buck.

Austin is an ideal location for shooting a film. We have the locations and the crew. In Austin, you can get practically any look you want within 30 miles. You can get, sleek modern urban, period 1960 small town, piney woods, water, desert. It’s incredible place to work and the crews and seasoned and they’re very polite. We’ve had out-of-town directors tell us that our crews aren’t just in it for the paycheck. They’re in it for the art.

If all things were equal and there wasn’t an incentive score, then Texas would get the business everytime. 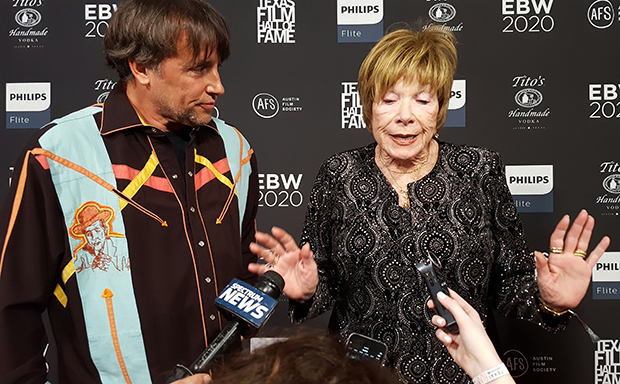 MacLaine starred in the Linklater-directed 2011 film Bernie alongside Jack Black and Matthew McConaughey. The film about the 1996 Carthage, Texas murder of millionaire Marjorie Nugent.

On what parts of Texas Linklater would introduce to Shirley MacClaine if given a week.

Linklater: A week’s not enough! There’s a lot of land to cover. Big Bend, definintely. You’ve spent some time in Houston? Where else have you been?

TH: How are your hiking skills.

Linklater: Shirley likes the outdoor thing. You would like East Texas. The woods. 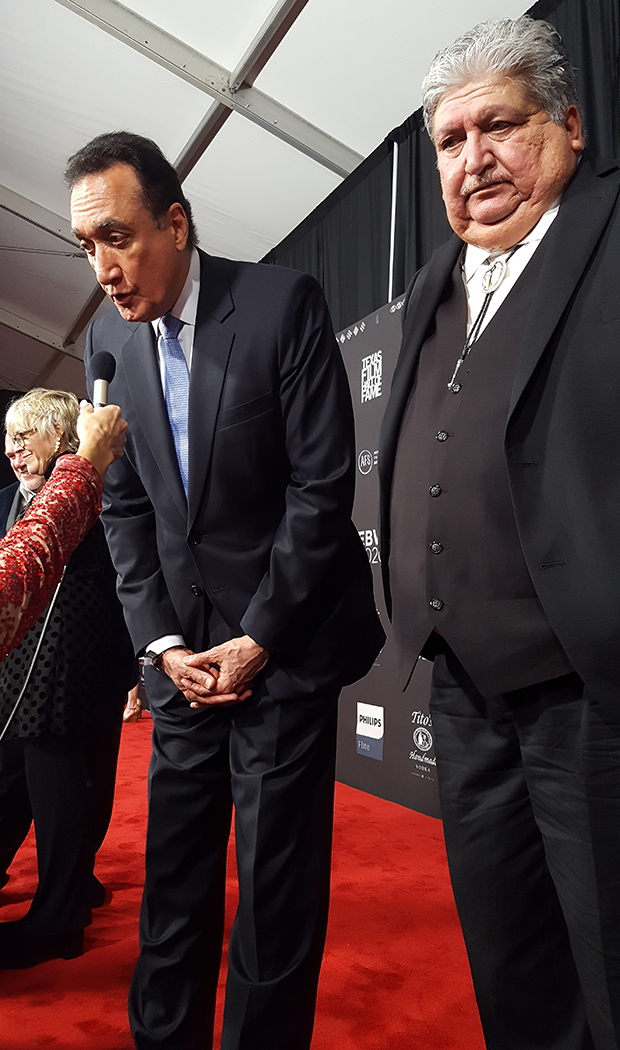 Talking Texas Highways magazine and his favorite places in the state

Cisneros: Great magazine! Texas Highways has the best pictures and stories about Texas of any magazine that (covers?) our states. I see it in doctor’s offices and places where I wouldn’t otherwise see it. And I always enjoy it because it’s just so well done. It has been forever. It’s got that reputation.

TH: What are your favorite places in Texas?

It’s super fun. You are living an Austin life. You’re going backstage at South by; Fun, Fun, Fun Fest; and at ACL. We shot three seasons worth of festivals for this movie, so we have some extraordinary music there, and we have some extraordinary backstage events. It’s about four people who are kind of living a wild life, and are all just trying to be in the music business, get ahead, and do what they do. They interact. They fall in and out of each others’ beds, and ultimately realize it’s kind of a freefall. It’s a reckoning of a world they’re just trying to live … song to song.

Along with the cast are musicians such as Patti Smith, Iggy Pop, The Black Lips and Red Hot Chili pepperfs. Some musicians are performing, some interact with the actors. Our actors played characters and the musicians play themselves. So sometimes there’ll be discussions about music business or life on the road or any number of things.

Ready Player One, based on a novel by Austinite Enest Cline, is set in the near future. The film, due out next year, is directed by Steven Spielberg. Here’s what Sheridan had to say about Spielberg.

I don’t think I’ve ever learned as much as I did on that film about filmmaking. Frankly, I was asking a lot of questions and working with the best of the best, so what I got was a really great experience.

I’d ask a question here and there just to see how open (Spielberg) was about talking to me about filmmaking. I find this, with a lot of great artists, they care when people are passionate about the work that they do. So when someone asks a question that’s a genuine question, and they genuinely want to learn, they’re so willing to share wisdom. That was the case. I’d ask a simple question like “why this move and why are you panning up from this guy. He’d say, ‘Because you got to keep the story line going and then he’d start going off on all these tangents. He’d get super enthusiastic.