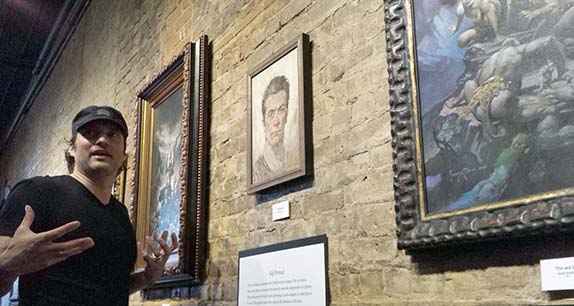 Texas filmmaker Robert Rodriguez offered a tour of his limited Robert Rodriguez Museum featuring the Frank Frazetta Collection. The exhibit also featuring works by artists Frank Miller, Drew Struzan and Sebastian Krüger, as well as movie props. The exhibit, which is free to the public, runs from noon-8 p.m. through Saturday, March 21 at 920 Congress Ave.

South by Southwest aka SXSW and formally known as “South by Southwest Music, Film, Interactive, Edu and Eco Conferences and Festivals” continues its run in Austin through the weekend. With the film and interactive portions put to bed, music is in high gear. And for Texas tourism, it’s all good news.

What’s the dollar value of the publicity Austin and Texas receives as a result of the conference and personal experiences from fan favorite celebs that have converge on the community (and Texas) for the enormous industry party?

As we wait for the final tabulations of this year’s figures, which, at the very least, mirrored 2014’s success, last year’s SXSW had a $315 million impact to the City of Austin. The event reinforced SXSW’s reputation as the world’s premier gathering of creative professionals in film, music and interactivity. Successful additions to that have been educational and ecological components, as well. 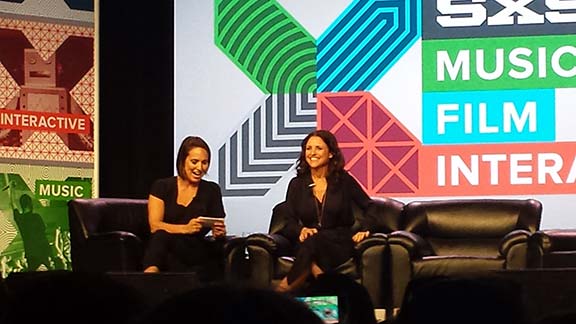 Julia Louis-Dreyfus talks to SXSW attendees about her comic roles on the classic "Seinfeld," "New Adventures of Old Christine" and her current show "Veep."

“SXSW continues to be an extraordinary celebration of the cultural fabric of Austin and all that Austinites value,” says Michael W. Rollins, CCE and President of the Austin Chamber of Commerce. He adds that, “Besides focusing the eyes of the world on our city in March, SXSW brings employment to many thousands of our citizens and allows them to provide for their families. From entertainment venues that employ local bands to hotels to retail establishments and all the support industry that provides services that visitors require to the many innovative businesses that have relocated or started up here because of the exposure Austin gained during SXSW. This event has helped drive the thriving economy in Central Texas. The fact is that all Austinites benefit from SXSW as the City of Austin has collected millions of dollars in taxes through the years that can be directly attributable to SXSW. Thank you, SDXW.” 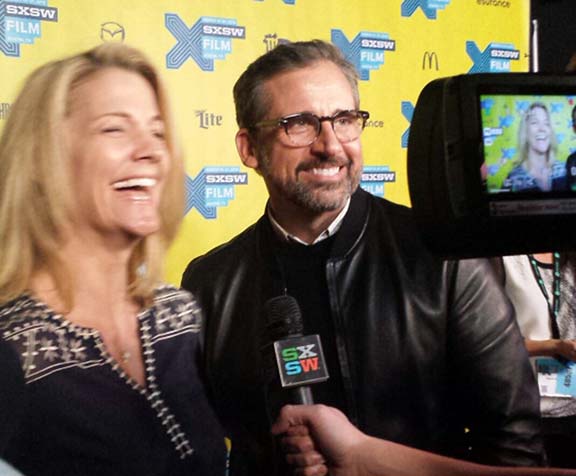 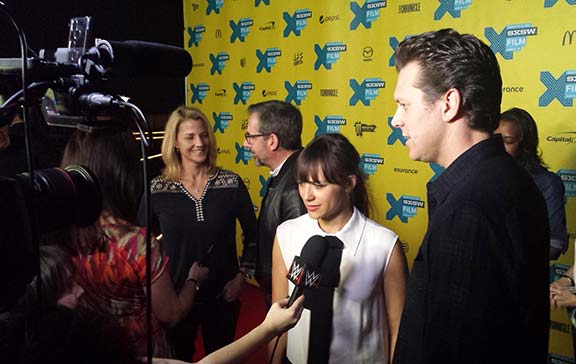 Rashida Jones and Hayes MacArthur star in the comedy series Angie Tribeca, created by Steve and Nancy Carell (in the background). 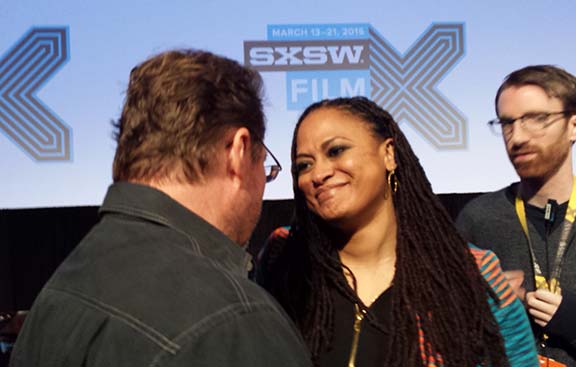 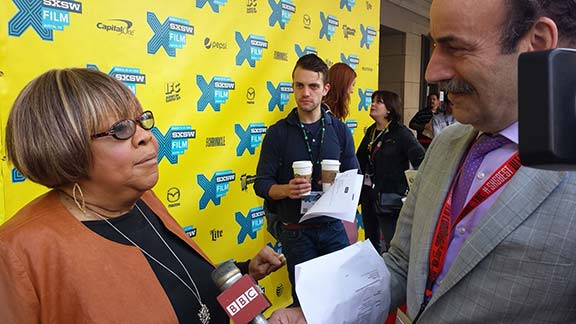 Rhythm and Blues and gospel great Mavis Staples talks with a BBC reporter about the SXSW world premiere of her documentary Mavis! 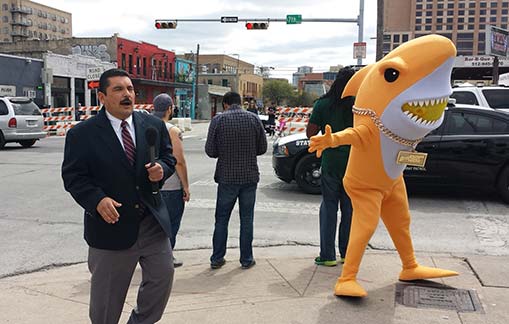 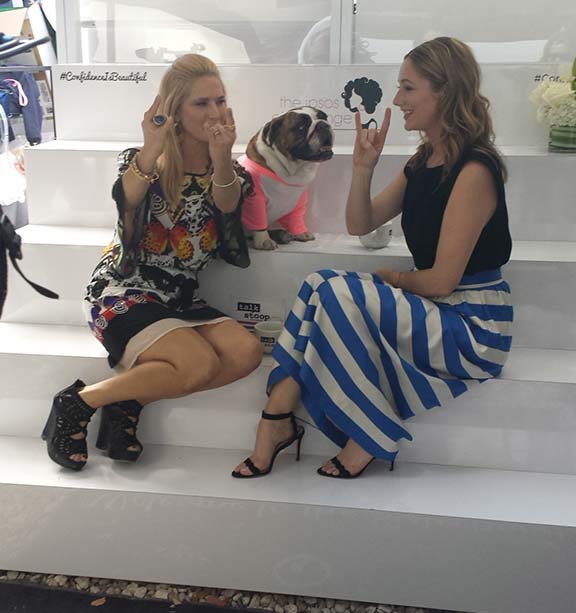