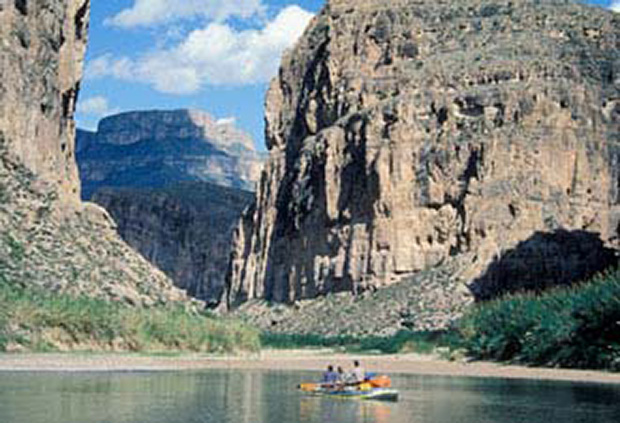 In the two years since the Boquillas border crossing reopened in Big Bend National Park, about 18,000 people have used the port of entry to cross the Rio Grande from Texas into Mexico.

The count comes from Mike Davidson, director of the Brewster County Tourism Council and CEO of Boquillas International Ferry, the company that runs a ferry at the crossing.

While tourism activities in Boquillas remain limited, the town’s population has nearly doubled to about 250 residents since the crossing reopened, at least partly because of the renewed tourism economy, Davidson said.

After taking a rowboat across, or wading if they prefer, visitors can rent a burro, horse, or car ride for the one-mile trip to town, or they can walk. Boquillas is home to two cafes and one bar. Also, Davidson said, Mexican entrepreneurs are offering 90-minute guided canoe trips down the river and tours of the historic local silver mine.

Crossers entering Mexico from the United States are required to have a Western Hemisphere Travel Initiative approved document, such as a passport. Returning to Big Bend National Park, crossers must check in at the National Park Service Visitor Center, about a five-minute walk from the river on the Texas side.

“As people become aware that the option is open to them and that they need a passport, they’re catching onto it,” Davidson says.