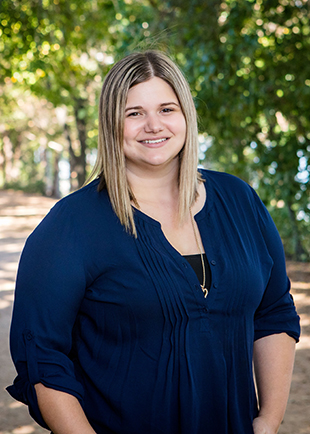 Texas Highways is happy to welcome a new member to our family – Jane Kellogg Murray.

Jane, who joins as the Texas Highways Events Calendar (pdf) editor and a co-editor of the Texas State Travel Guide (pdf), has a Bachelor of Journalism degree from the University of Missouri and comes with experience as a freelance writer and editor contributing to publications and websites such as Travel + Leisure, Roadfood.com, the Austin American-Statesman and Texas Highways. Prior to that, Jane was one of the founding editors of Austin Way, an associate editor for Austin Woman and ATX Man magazines, an online producer and writer for The Hollywood Reporter, and associate market manager with Niche Media, publisher of lifestyle city magazines.

“For years Texas Highways has inspired me to get on the road and explore my home state, so I’m thrilled to join this award-winning team driven by such a compelling state. Frankly, there’s no other place I’d rather be,” she says.

She definitely has caught the traveling bug and looks forward to exploring much more of Texas.