Where to Celebrate Texas Independence Day This Year 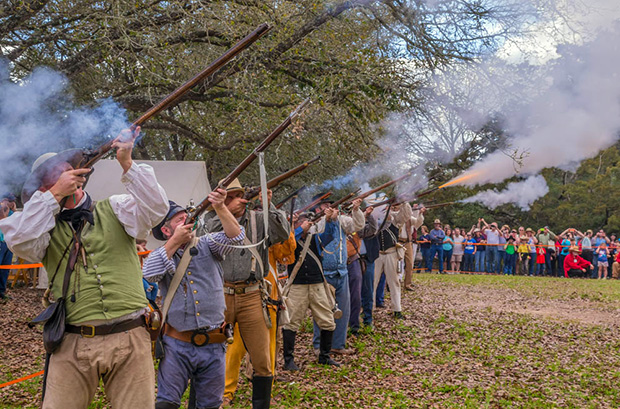 March 2 marks the 182nd anniversary of the signing of the Texas Declaration of Independence, and opportunities abound across the Lone Star state to celebrate this historic moment. Take the weekend to show off your Texas pride.

San Antonio: March 2
As part of San Antonio’s year-long celebration of the tricentennial anniversary of the founding of the Mission San Antonio de Valero, the Alamo will host a free event with mariachi entertainment, a marching band, and dance and pep squad. The Alamo Mission Chapter will acknowledge descendants of Texas Declaration of Independence signers, and Texas Lieutenant Governor Dan Patrick will read the Governor’s proclamation and speak about the history of Texas Independence.

Huntsville: March 2
Enjoy a breakfast reception with Sam Houston’s descendants, a ceremony at Oakwood Cemetery, lunch and birthday celebration, and a ceremony for those who want to be “baptized Texan” at the Sam Houston Statue & Visitor Center.

Navasota: March 2-3
Celebrate Texas Independence with two days of country music and Texas-themed family-fun activities. Concerts, family activities, and shuttles are completely free. The state of Texas was born in 1836 when the Texas Declaration of Independence was signed just 7 miles down the road at Washington-on-the-Brazos. 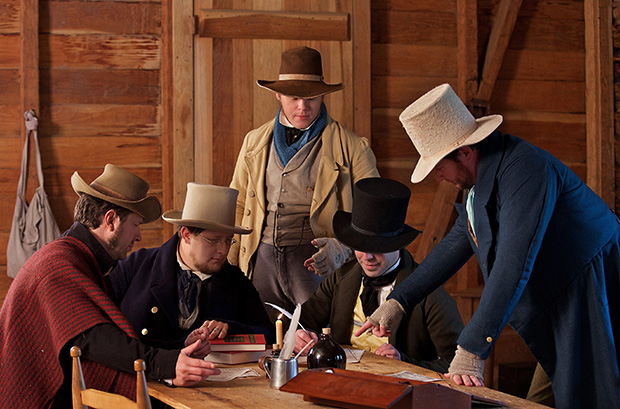 Washington: March 3-4
An annual two-day living history celebration “where Texas became Texas,” to commemorate when 59 delegates met in 1836 to make a formal declaration of independence from Mexico. The free event features live music, food, traditional crafts, musket and cannon firings, a kids’ history zone, a historical play about the signers of the declaration, and other commemorative programs. Historical re-enactors set up a bona fide 1836 Texas Army camp where visitors can wander freely to learn how the soldiers and their families lived then.

Battle for Texas: The Experience

San Antonio: March 16
During Spring Break, historic adventure attraction Battle for Texas has special plans to extend Texas Independence Day celebrations: a kid-friendly breakfast with Davy Crockett, a theatrical dining experience called Fandango: A Night in Old San Antonio, and Night at the Museum—which gives visitors the opportunity to explore the museum during a lantern-lit tour. Guests can experience what it was like to be at the Battle of the Alamo from the perspectives of both the mission’s defenders and the Mexican army.