Where to Observe Memorial Day in Texas 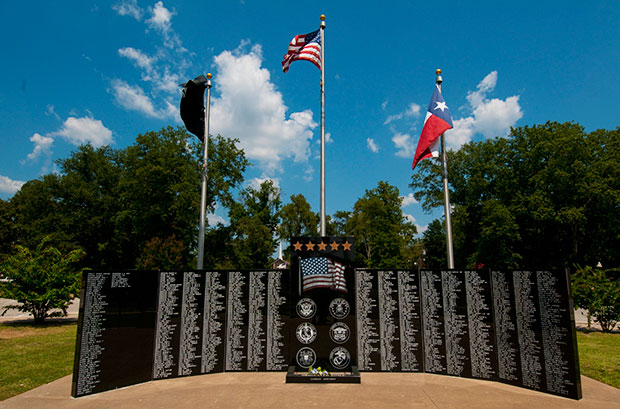 U.S. Veterans Monument of Kilgore (photo by Stan A. Williams)

For this three-day weekend, picnics, music festivals, and barbecues are in full force as Texans celebrate the unofficial start of summer. But as we enjoy these freedoms, it’s also a time to remember those who have given the ultimate sacrifice.

For more events to choose from this Memorial Day weekend—including a Memorial Weekend Bash in Victoria, and Wimberley’s Red, White, and Blues on the Falls—head to the Texas Highways Events Calendar.

Across the state, cities have organized thoughtful tributes to those who lost their lives while serving in this country’s armed forces.

In McKinney, elected officials will honor fallen heroes in the historic Pecan Cemetery, the final resting place of many soldiers dating back to the Texas Revolution, Mexican War, and Civil War.

In Sugar Land, the city will gather in Sugar Land Memorial Park for an hour-long patriotic music presentation followed by a ceremony with tributes from members of the community and words of remembrance from local veterans.

Richmond’s George Ranch Historical Park will explore the holiday’s roots as Decoration Day. Read letters from soldiers who fought in every era, participate in a Decoration Day ceremony, and help the park clean the graves of those who served in honor of those lost in war. 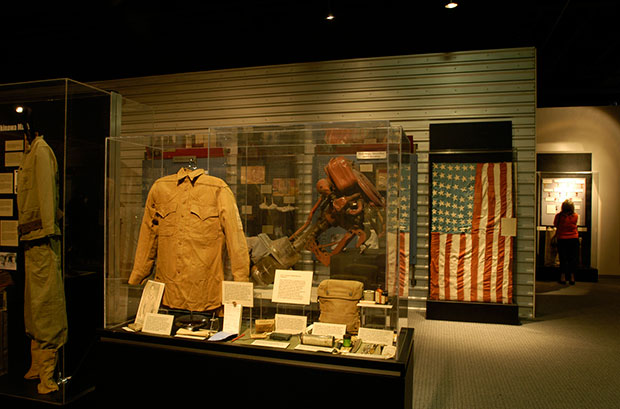 Fredericksburg’s National Museum of the Pacific War will honor the day with its annual ceremony. This year’s keynote speaker is Iwo Jima survivor T. Fred Harvey, who dropped out of school when World War II began and became a Marines parachutist. While his experience led to severe injuries, he describes his experiences during the war in his memoir, Hell, Yes, I’d Do It All Again. Also in Fredericksburg, the Hangar Hotel will host a USO-Style Memorial Day Hangar Dance, with proceeds benefiting USO Ft. Hood.

In San Angelo, the Fort Concho National Historic Landmark—established as an army post in 1867 and deactivated in 1889—will honor the nation’s fallen defenders with military exercises including patriotic music, a rifle volley salute, and a guest speaker addressing the meaning and significance of the holiday.