A Masterpiece in the Heartland: New Book Tells the Story of Fort Worth’s Kimbell Art Museum

In 'Of the First Class: A History of the Kimbell Art Museum,' author Tim Madigan chronicles the beginnings of one of the nation's great art museums in what was then an unexpected place, Fort Worth 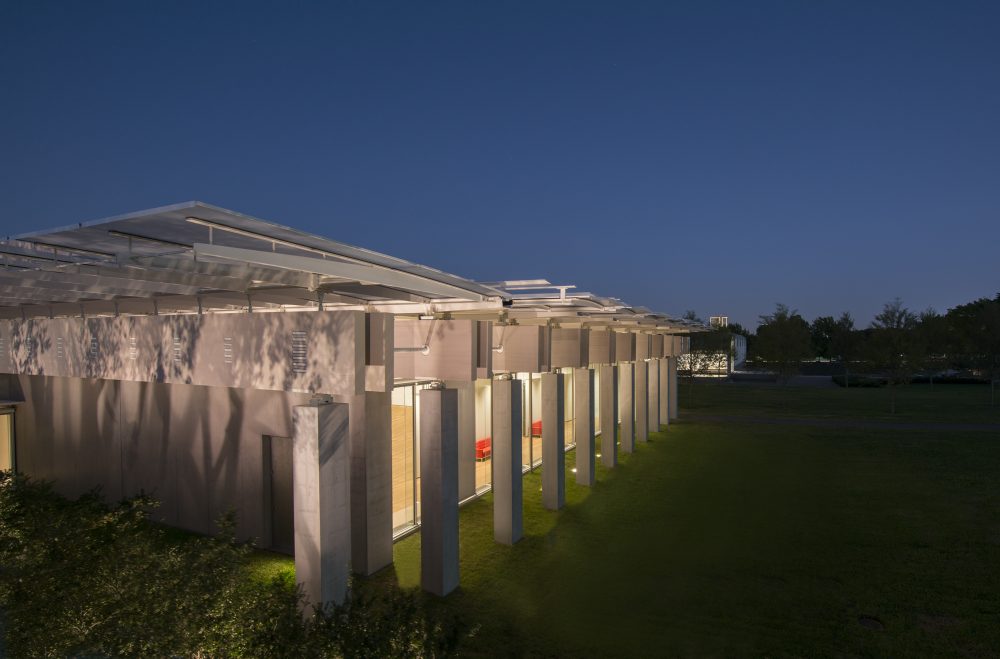 Fort Worth author Tim Madigan’s new book about the Kimbell Art Museum is unusual among art history books for two good reasons: It speaks to the layperson, and it makes the material exciting. Releasing Oct. 4, Of the First Class: A History of the Kimbell Art Museum tells the Kimbell’s story of triumph over great odds. That the Fort Worth museum, which opened in October 1972, would become one of the finest smaller art museums in the world was an unlikely bet—in an even more unexpected place. Madigan, who worked for 30 years at the Fort Worth Star-Telegram, spent five years writing the book. His writing credits also include the popular I’m Proud of You: My Friendship with Fred Rogers. We chatted with Madigan a few days before the book’s release.

Q: Must someone be versed in fine art to enjoy your book?

A: I think the book will generate a lot of interest in the art world, because, since its founding, the Kimbell has been a source of considerable fascination in those circles. It started with East Coast curiosity about a group of Texans, supposedly with very deep pockets, who wanted to do something that was essentially unheard of in the heartland: build a major museum. That continued when the Kimbell’s first director, Richard Fargo Brown, started buying masterpieces from under the noses of much larger institutions, and with architect Louis Kahn’s iconic museum building. I think art people will want to know how it all happened, and I think the book does a pretty good job of providing the answers.

Brown felt that art was for all people, and the book is that. He would show prospective purchases to janitors at the museum and valued the opinions of folks like those as much as the so-called experts. He believed that any person can sense when they are experiencing a masterpiece and exalted by it. And finally, the book is just a good yarn about people.

Q: What about the Kimbell Art Museum’s story made it most worth telling?

A: Kay Fortson was a young Fort Worth wife and mother when, in 1964, she inherited this daunting mandate from her uncle, the business magnate and art collector Kay Kimbell, to build a museum of the first class. Kay embraced the challenged, despite not having the first clue about how to do that. She and her husband, Ben, just insisted that whatever they did be the very best, and they found just the right people along the way who could help them with that vision. There are so many interesting characters—the Fortsons; Brown; Kahn; Ted Pillsbury, the extraordinary second director; Renzo Piano, the acclaimed architect who designed the second building. The list goes on.

Q: How did the museum become a masterpiece itself?

A: After his death, the original collection of Kay Kimbell was deemed to be insufficient to start a museum, so Brown went on this international treasure hunt to get the museum started. He knew it would not be possible to build a great and definitive collection in any one area, such as Impressionism. So Brown and the board decided to buy the very best examples of many different kinds of art, from antiquity to the early 1900s. Excellence was the connective tissue of the collection. The point is that today, when you go to the Kimbell, you’re not just seeing a Monet, but one of the best or most historically significant works by that artist. Same with Picasso, Rembrandt, sculpture or art from the Far East.

Q: How did it feel to take on the task of writing about a place so revered?

I certainly learned a lot about art and architecture, and that knowledge increased my appreciation for the museum and its buildings, paintings, and objects. The people at the museum and elsewhere were very patient and kind. And we journalists are fairly adept at learning enough about complex subjects that we can write about them somewhat intelligently. As far as writing about such an exalted institution, I guess I was too dumb to be intimidated. A big part of that was because the people, including but not limited to the Fortsons, were so good to me.

Q: You contributed to the documentary coinciding with the book’s release. Will we feel a need to read the book once we’ve seen the film?

A: Filmmaker Ultan Guilfoyle and I did several long interviews about the history. He wove those interviews in with others, archival footage, and photographs to craft a fine film. It also covers the span of the museum’s history but given time constraints, couldn’t get into the finer details of it. For that, yes, I think it would be great to read the book.

Of the First Class: A History of the Kimbell Art Museum by Tim Madigan (Mascot Books, $27.95) is available starting Oct. 4 at the museum and on the museum’s website. On Oct. 5, Madigan and filmmaker Ultan Guilfoyle will chat about and screen the film at the museum’s Piano Pavilion at 10:30 a.m. (admission is free). Madigan will sign books afterward. The film will be presented also through the afternoon on Oct. 5 and 6.