The former painting instructor to George W. Bush is a painter, sculptor, and social-engagement artist 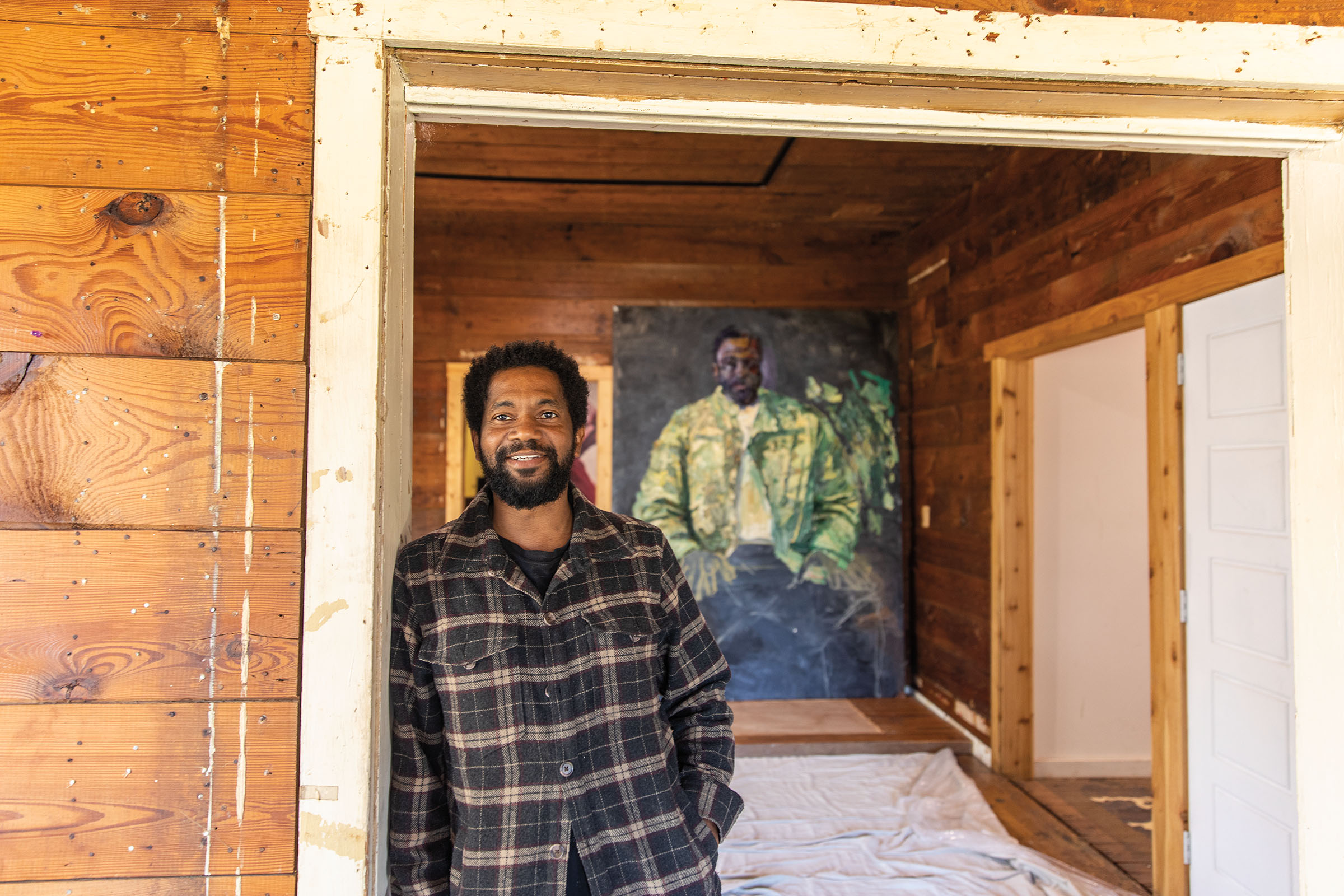 Artist Sedrick Huckaby has been hard at work transforming the 120-year-old Fort Worth house of his late grandmother—known affectionately as “Big Momma”—into a collaborative, multipurpose art space.

Each of the six rooms in the house were in varying states of reinvention when I stopped by in November. Huckaby was preparing for the February opening of Kinfolk House in the predominantly Black and Latino neighborhood of Polytechnic Heights near Texas Wesleyan University, where he began studying art in the late 1990s. Huckaby said he envisions the space providing exhibitions and workshops for local school kids while fostering and displaying “artistic ideas that operate at a high level.”

“We hope to be a bridge that can sit in the middle of people who don’t frequent museums or the art world and people who do,” Huckaby said.

Amid the renovations, it became apparent that family and friends who at some point lived in Big Momma’s house had not fully moved out. A number of Huckaby’s portraits of these very people, some of which he began working on over 10 years ago, were propped up against the walls as the Fort Worth-born artist continued to work on them. (Pictured in the painting: Huckaby’s cousin Roy Brown.) In this setting, the paintings represent the house’s past watching over its transition to the future.

Huckaby is a painter, sculptor, and social-engagement artist who was awarded a 2008 Guggenheim Fellowship and in recent years was a painting instructor to George W. Bush. He and his wife, Letitia Huckaby, a photo-based artist, purchased Big Momma’s house two years after her death. Kinfolk House will honor her and her legacy of connecting people by bringing artistic opportunities to the community around it.