The Galveston Historical Foundation on Saturday will celebrate Harry Choates' music with a free concert at Hendley Green with a performance by Gulf Coast musicians Kevin Anthony & G-Town, who’ve recently recorded an album of Choates’ songs. 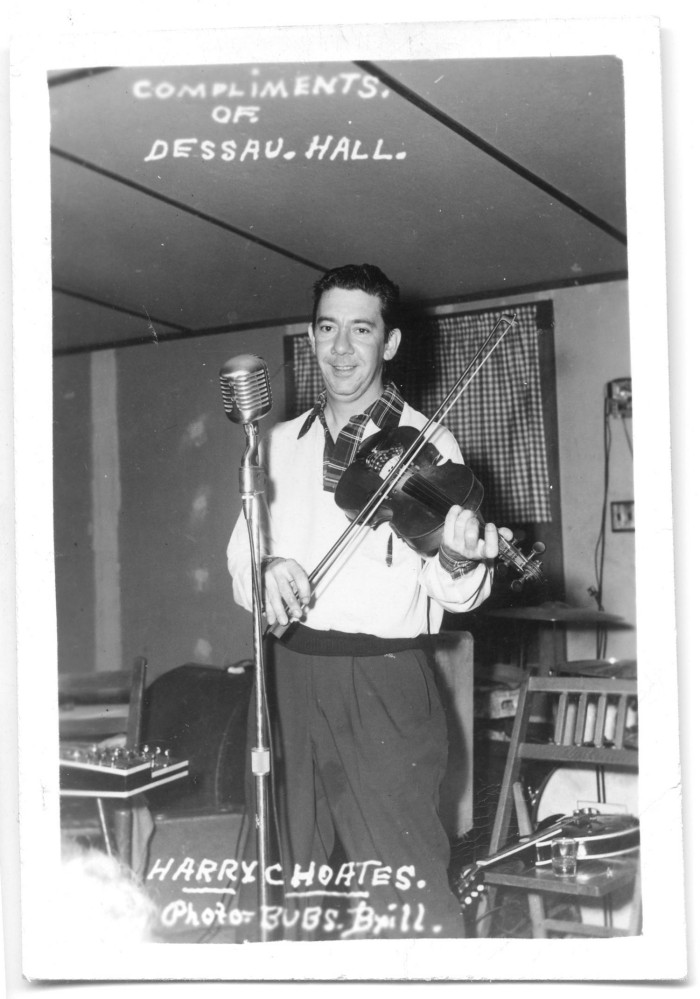 Whenever a Cajun fiddler cocks his head back and cries “Eh-Ha-Ha!” it’s a shout-out to the ghost of Harry Choates, the Port Arthur-raised “godfather of Cajun music.” You’re sure to hear a few of the exuberant yelps this coming Saturday, Oct. 5, as the Galveston Historical Foundation celebrates Choates’ music with a free concert at Hendley Green, a downtown Galveston park. Gulf Coast musicians Kevin Anthony & G-Town, who’ve recently recorded an album of Choates’ songs, will play from 6-8 p.m.

Choates lived only 28 years, but in that relatively short time the Cajun fiddler brought Gulf Coast roots music to the Billboard charts in the 1940s and made “Jole Blon” a Cajun anthem. He and his Melody Boys took French-speaking Louisiana culture to the German and Czech dance halls of Texas, mixing it up with Western swing, polkas, waltzes, and blues. But Choates spiraled out of control in his final year, and he died from alcohol withdrawal in July 1951 while locked up for non-payment of child support in the Travis County Jail.

Choates (pronounced “Shoats”) died underappreciated, but his musical legacy continues to grow. In 1980, fans raised money for a granite headstone that says “Purrain de la Musique Cajun,” followed by the English translation: “The Godfather of Cajun Music.” Fans from as far away as Europe and Asia visit his grave at the Calvary Catholic Cemetery in Port Arthur.

The Galveston Historical Foundation started restoring Hendley Green, downtown Galveston’s green-space jewel, in 2013. “For us, it’s prime real estate to continue our work in getting locals and tourists to interact with Galveston’s history,” says Will Wright the foundation’s chief creative officer. “In the case of this concert, we get to enjoy double duty of celebrating some great Gulf Coast music in the process.”

Like Choates, Kevin Anthony & G-Town, who are based in Galveston, play a variety of danceable music. “Whether it’s Cajun music or swing or blues or Tejano, they are all talking to each other,” says Anthony, fiddler and lead singer. “They can all work together. … Choates has a lot of great songs, and we just want to do our part in making sure those songs get out and are still heard today.”

Galveston played a part in Choates’ success after the 1946 release of “Jole Blon,” which Leo Soileau had recorded with a more subdued arrangement in 1935. Choates learned the song as a teenager while playing guitar and fiddle in Soileau’s band at the Showboat club in East Orange. His hit version transposed “Jole Blon” to the key of A, instead of the typical G, and added a little bit of Bob Wills’ beat.

Houston’s Gold Star label released the single regionally, but when jukebox operator Lester Bihari saw all those nickels adding up on his Galveston record machines, he contacted his younger brothers in Los Angeles who owned Modern Records, an up-and-coming R&B label that had recorded musicians such as B.B. King and Etta James. Modern distributed Choates’ single nationally, which propelled it to No. 4 on the Billboard country singles chart—the first time Cajun music cracked the top 10.

Choates and the Melody Boys recorded more than 40 tracks, including “Devil in the Bayou,” “Port Arthur Waltz,” and “Poor Hobo,” at Gold Star, which is now called Sugar Hill Studio.

Michael Corcoran is the author of All Over the Map: True Heroes of Texas Music (UNT Press).