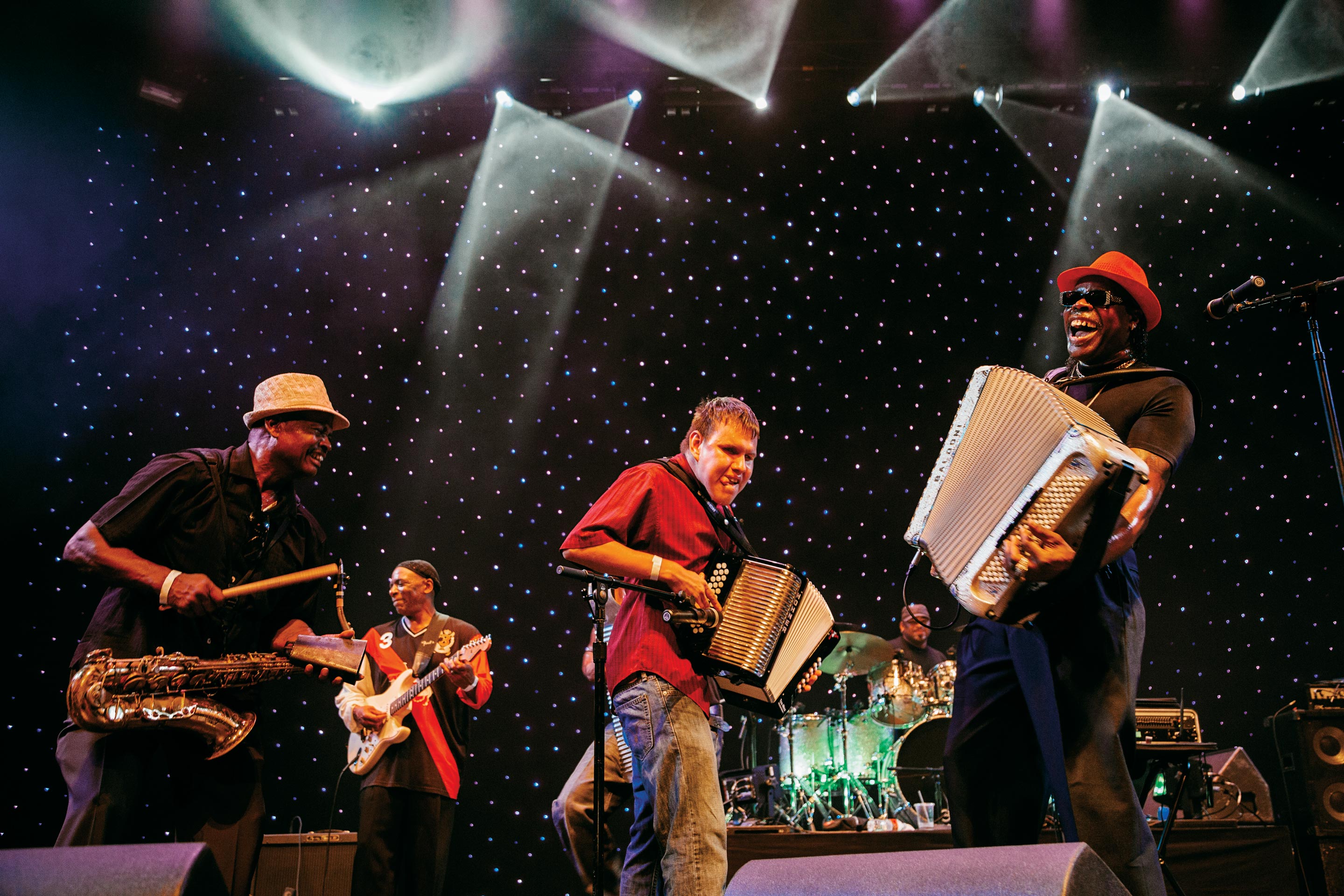 Some of the best accordion players from across Texas and the region are set to perform at the 29th annual Accordion Kings & Queens, a free concert this Saturday in Houston.

Held annually at the Miller Outdoor Theatre, the concert features headliners playing regional styles of accordion music as well as the champions of the annual Big Squeeze accordion contest for young players.

“We are bringing kings and queens of all genres of accordion-based roots music to the stage: polka, conjunto, Cajun, and zydeco,” says Charlie Lockwood, executive director of Texas Folklife, the nonprofit that puts on the concert and the Big Squeeze contest.

Before you start heading to Houston, check out our coverage of the 2015 festival, and read about each of the performers below.

Hailed as the “Queen of the Accordion,” San Antonio-based Ybarra is the headliner of this year’s concert. In conjunto music, very few women are encouraged to play the accordion, but to Ybarra, it just came naturally. She will be playing alongside her group, Eva Ybarra y su Conjunto Siempre para Ustedes.

Ybarra has been inducted into various halls of fame and was named a National Endowment for the Arts Heritage Fellow in 2017, which is the highest honor for a traditional artist in the U.S.

Dickson is a star of the Houston and East Texas zydeco scene. He started playing accordion at the age of 3, and he formed Keyun Dickson & the Zydeco Masters at 12. Zydeco blends blues, R&B, and music indigenous to Louisiana.

Louisiana-based Lége has been playing Cajun music for over 40 years—experience that enlivens his performances. He has been inducted into the Cajun Music Hall of Fame and has won many Cajun French Music Association awards, known as the “Cajun Grammys.”

Czech and Then Some

This Ennis-based band has been together since 1997, playing everything from polkas to waltzes to country music. They’ve released six albums and have performed at festivals across Texas and beyond.