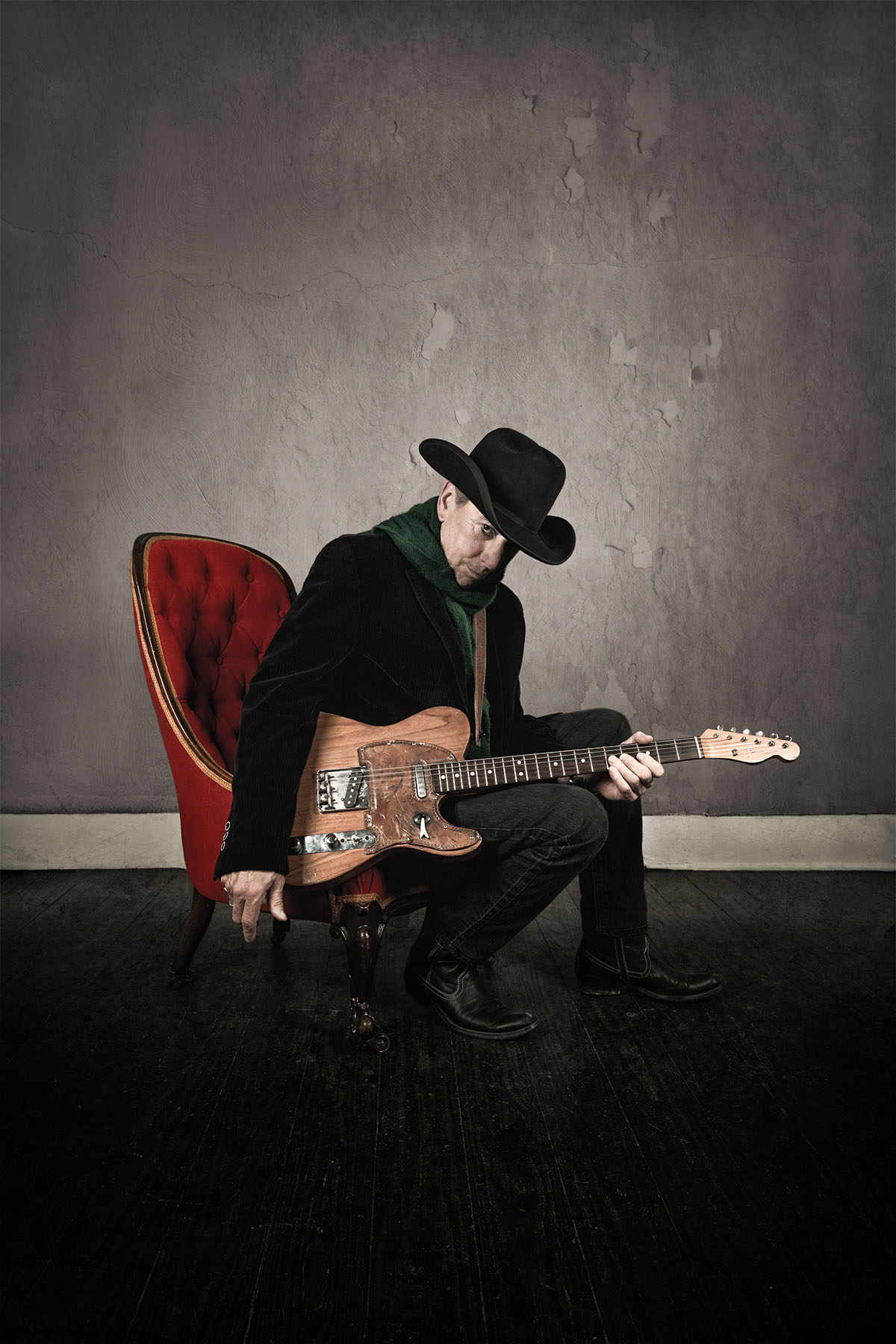 Music is a mysterious force that conveys emotions and communicates with listeners in a way lost in spoken word. Musical inspiration is shrouded behind an equally mystical veil. This raises the question: Does the muse that moves its musician have a place? Does place matter in creating music?

If you’re talking music from Texas, the short answer is, “yes.” Most Texas music reflects its origins because the people who make it are heavily influenced by the state’s spirited ethos. It’s a prehistorical fact, going back to when people sang around the campfire to relate events. Music is simply a part of being Texan.

The Texas muse is clear in references like “my rose of San Antone,” as Tommy Duncan of the Texas Playboys once sang; or in catchy song titles like “All My Ex’s Live In Texas,” penned by Texas husband-wife duo Whitey and Lyndia Shafer and made famous by George Strait.

It’s the less obvious ways that place inspires composers, singers, and players that exemplify what separates our state from everywhere else.

Born in Amarillo, raised in Lubbock, and a longtime resident of Austin, beloved roots-rocker Joe Ely returns to the Panhandle to clear his head when it’s time to write. “I like the openness of West Texas,” he says, referring to his High Plains homeland. There were times during his career—40-some years spanning more than 20 albums and thousands of live performances—that Ely didn’t return to the Panhandle’s open roads to write. And, he says, it showed.

“I moved to LA for a few months in the ’70s, and everything sped up so much I lost all sense of place,” Ely recalls. “I look through the records I was writing then, and that sense of place had gone away. I decided I needed to get back to Lubbock.”

Ely points to two songs from his 1978 album, Honky Tonk Masquerade, as examples of the Panhandle’s influence on his songs. The title track evokes the atmosphere of an old dance hall. “I started writing it after some big night at the Cotton Club [in Lubbock],” he says. “I ended up being the last one to leave, sitting at a table, looking around. The only light was the light of a beer sign. That whole burst, being in the light of the honky tonk, inspired that.”

“It shows where you are, what you’re feeling, and what you’re thinking,” Ely says of the Panhandle wind. “It’s more than wind. It’s what blows between two people sometimes.”

The song “Because of the Wind” draws on the Panhandle’s characteristic weather. “It shows where you are, what you’re feeling, and what you’re thinking,” he says. “It’s more than wind. It’s what blows between two people sometimes.”

Ely has come to rely on the Panhandle to stir his creative soul. “I love to come across a two-lane road that does not have a fence on either side,” he says. “It’s perfectly flat—just a triangle of the highway and the field. It’s so empty that the only thing that can fill it up is a song.”

Hear music from the artists featured in this story along with other Texas-inspired songs in our YouTube playlist.

Kam Franklin is the lead singer and creative spark of The Suffers, the swinging Gulf Coast soul band from Houston. The city of Houston likes The Suffers so much it chose them for its TV ads, with Franklin singing “Good Day” as the band danced through Market Square downtown. 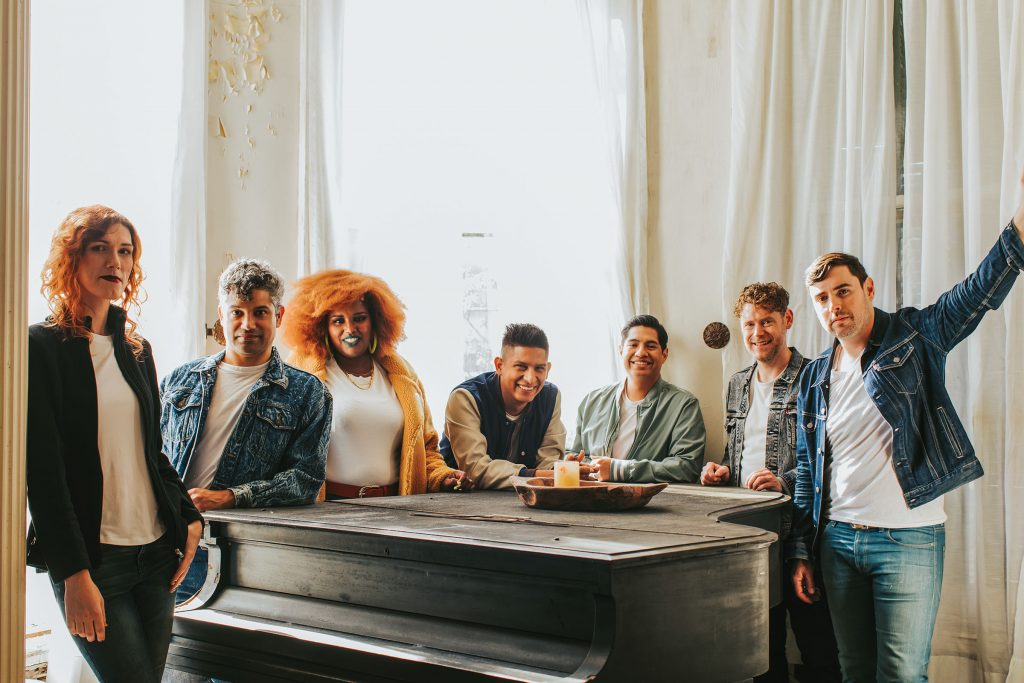 Kam Franklin of The Suffers, third from left, says “Houston and Texas are reflective in almost everything I create.” Photo by Todd V. Wolfson.

In spite of the obvious connection to her hometown, Franklin says she can write anywhere. “While it’s always nice to be in a beautiful setting, that’s not always doable,” says Franklin, whose band is touring the South this summer. “Writing is a therapeutic process for me; so as long as I’m getting the ideas out, I’m happy.”

That’s not to diminish her hometown’s influence, though. “Houston and Texas are reflective in almost everything I create,” she says. “You can especially hear the influence of all the different cultures that have inspired us. You get everything from gospel to Latin percussion to reggae. Houston and Texas are a part of who I am as an artist, and I’m really proud of it.”

The Suffers’ Houston influences are musical more than lyrical. The melody-driving horn section that punctuates songs like “Do Whatever” is a direct link to the brass-heavy arrangements devised by producer Joe Scott in the 1950s and early ’60s for greats like Bobby “Blue” Bland and Junior Parker, recorded by Houston’s Duke and Peacock record labels. And Franklin’s punchy vocals join a Houston lineage that goes back to the 1920s and the soul-shouting joy of singers Sippie Wallace and Victoria Spivey. 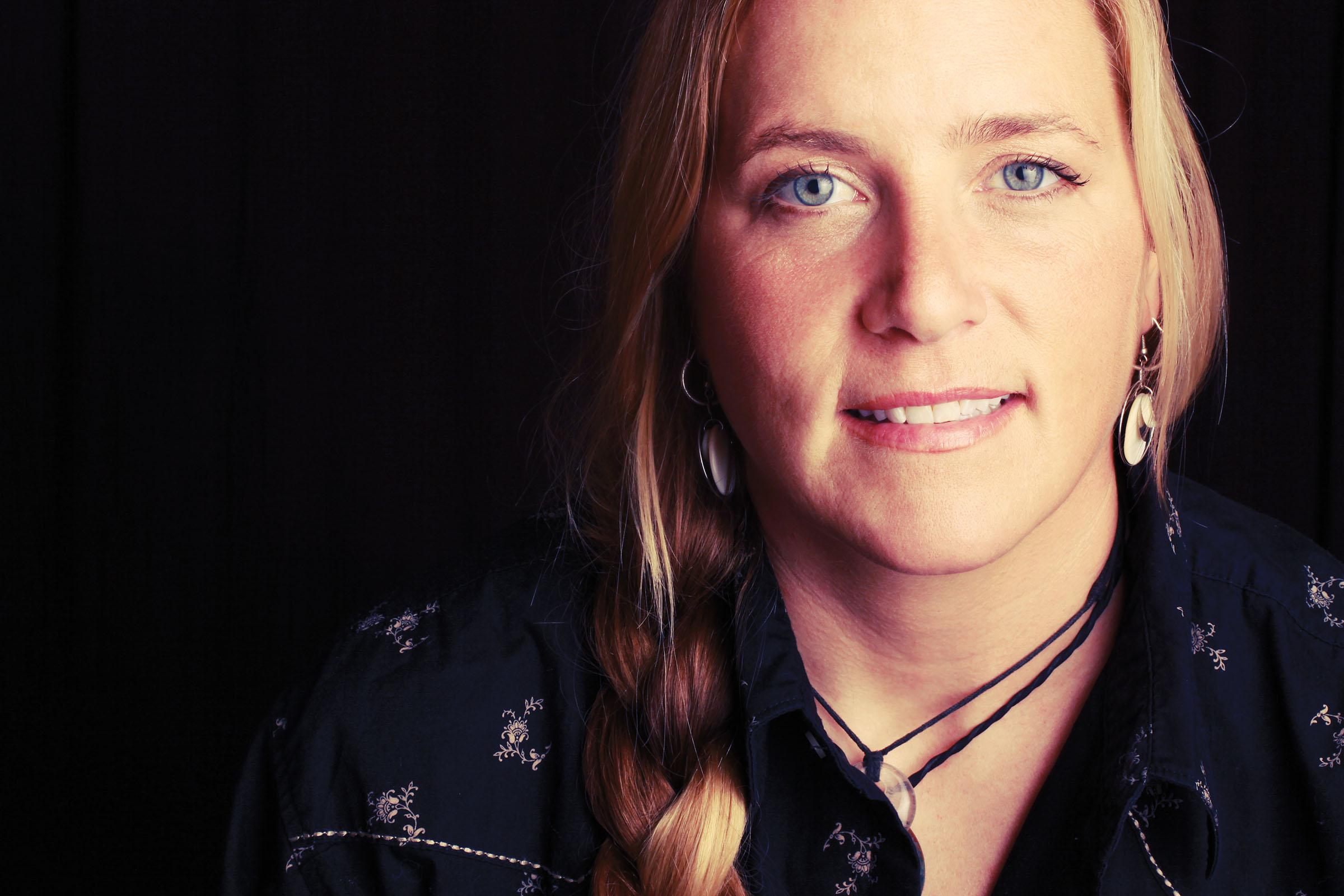 The song Susan Gibson is best known for, “Wide Open Spaces,” tells the story of a young woman leaving home. It speaks volumes about where Gibson grew up.

“I always thought Amarillo is like being on an ocean, but with no water—that thin line on the horizon is like looking out across a body of water,” Gibson says of the town she lived in for her high school years. “Amarillo is that place where the sky comes all the way down to the ground. Montana, where my family had a summer cabin, is that place where the ground goes all the way up to the sky. The two places don’t look alike, but they share that sense of space.”

Gibson wrote the song in 1992 and played it with her Amarillo-based band, The Groobees. When Lubbock producer Lloyd Maines heard the song, he took it to his daughter Natalie Maines of the Dixie Chicks. The Chicks made the song the title track of their major-label debut—the song topped the charts, and the album won a Grammy.

Gibson eventually found a new residence in the Hill Country near Wimberley and a musical home in New Braunfels. “Within four hours you can be in Dallas, Houston, Beaumont, and all those little towns in between where people value music,” she says.

Gibson, who released her fifth studio album, Hard Stuff, last year and has shows this May in Moravia, La Grange, and Terlingua, says the ubiquity of live music in Texas is inspiration in itself.

“It’s not a sound or genre—it’s being in this environment where people are being creative,” she says. “I get stuck a lot of times where I’m not writing as much as I wish I was. If I hear someone play, I’ll go home with a couple things on a cocktail napkin. Somebody said something that made me think of a line.” 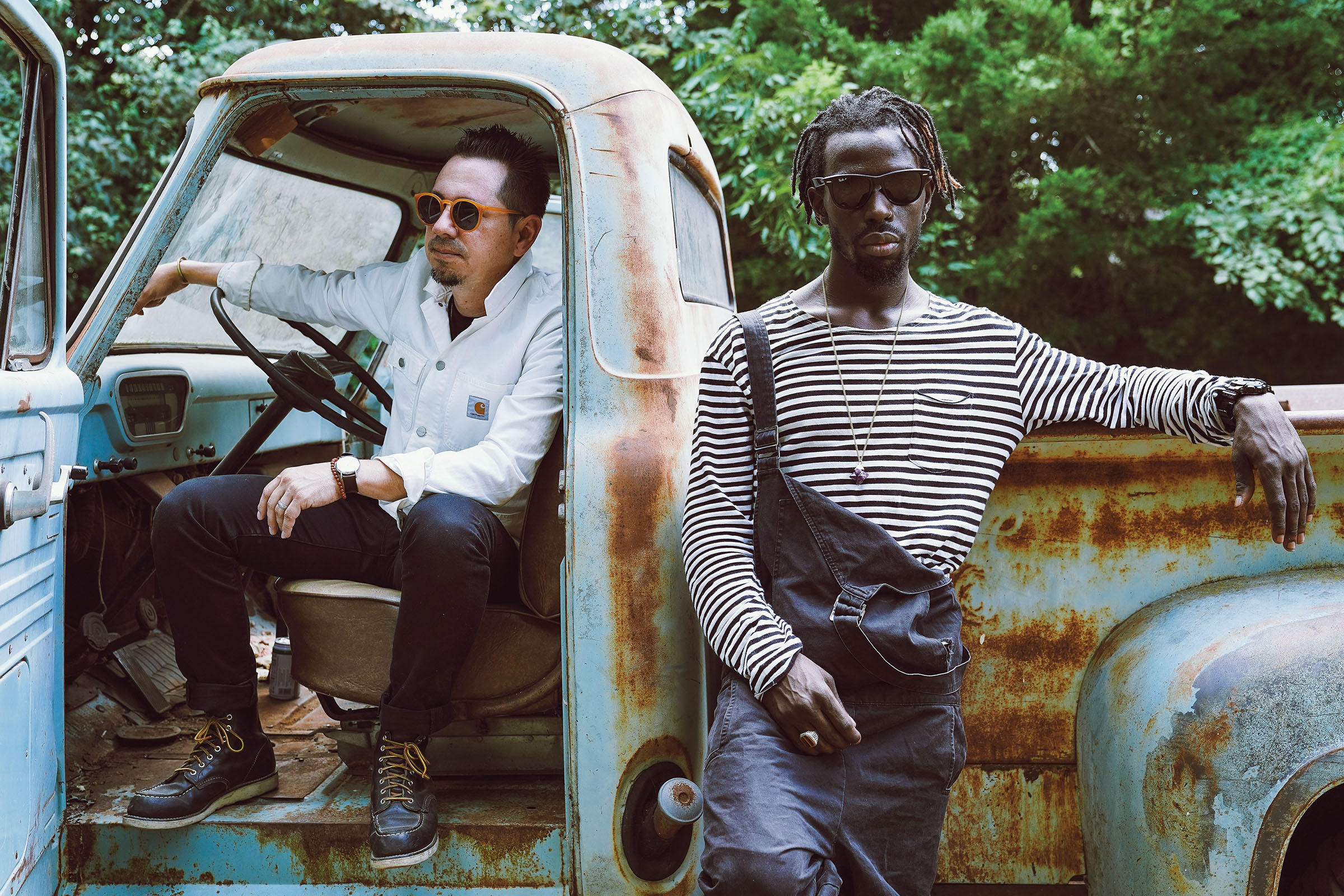 Adrian Quesada, composer, producer, and guitarist for psych-soul band Black Pumas, grew up in Laredo, a bicultural environment that he says “shattered barriers for me in many aspects of life.”

“Musically, I don’t really hear a huge difference between a lot of Latin music and everything from contemporary pop, to hip hop, to rock ’n’ roll,” he says. “I don’t flinch when a song or a DJ’s mix goes from Spanish to English, and I think that’s a good thing, particularly in divisive times.”

“I don’t flinch when a song or a DJ’s mix goes from Spanish to English, and I think that’s a good thing, particularly in divisive times.”

Quesada moved to Austin in 1995 to pursue a fine arts degree at the University of Texas, “secretly knowing I came for the music.” He met two other Laredoans, Beto Martinez and Greg Gonzalez, and together they started the cumbia-driven big band Grupo Fantasma and later, Brownout.

Quesada says the high level of musical talent and competition in Austin doesn’t undermine the music scene’s sense of community. “That doesn’t exist in many other music towns,” he says. “Everyone is trying to ‘make it,’ whether that means becoming famous or just paying your bills for the month. But for most people the music truly does come first, and that is forever inspiring.”

Quesada’s 2018 project, Look At My Soul, pays tribute to 1960s-era Chicano soul and funk sounds from Texas with an all-star cast including Tejano legends Ruben Ramos and Johnny Hernandez. The album also includes new songs that sound like oldies, notably the title track, which was written by Quesada’s partner in the Black Pumas, Eric Burton.

With three radio hits, including the song “Colors,” the Black Pumas were nominated for a Grammy Award in 2019 and are touring internationally this summer—shows from Austin to Ontario already sold out. It’s been a quick rise for a band that formed in 2017 after Burton busked his way from California to Austin. That’s where he found Quesada, who was looking for a singer to try out some new musical ideas. It was the perfect fit at the perfect time—and the beginning of what’s now called the psych-soul sound. If not for Austin, the music town of Texas, it never would have happened.