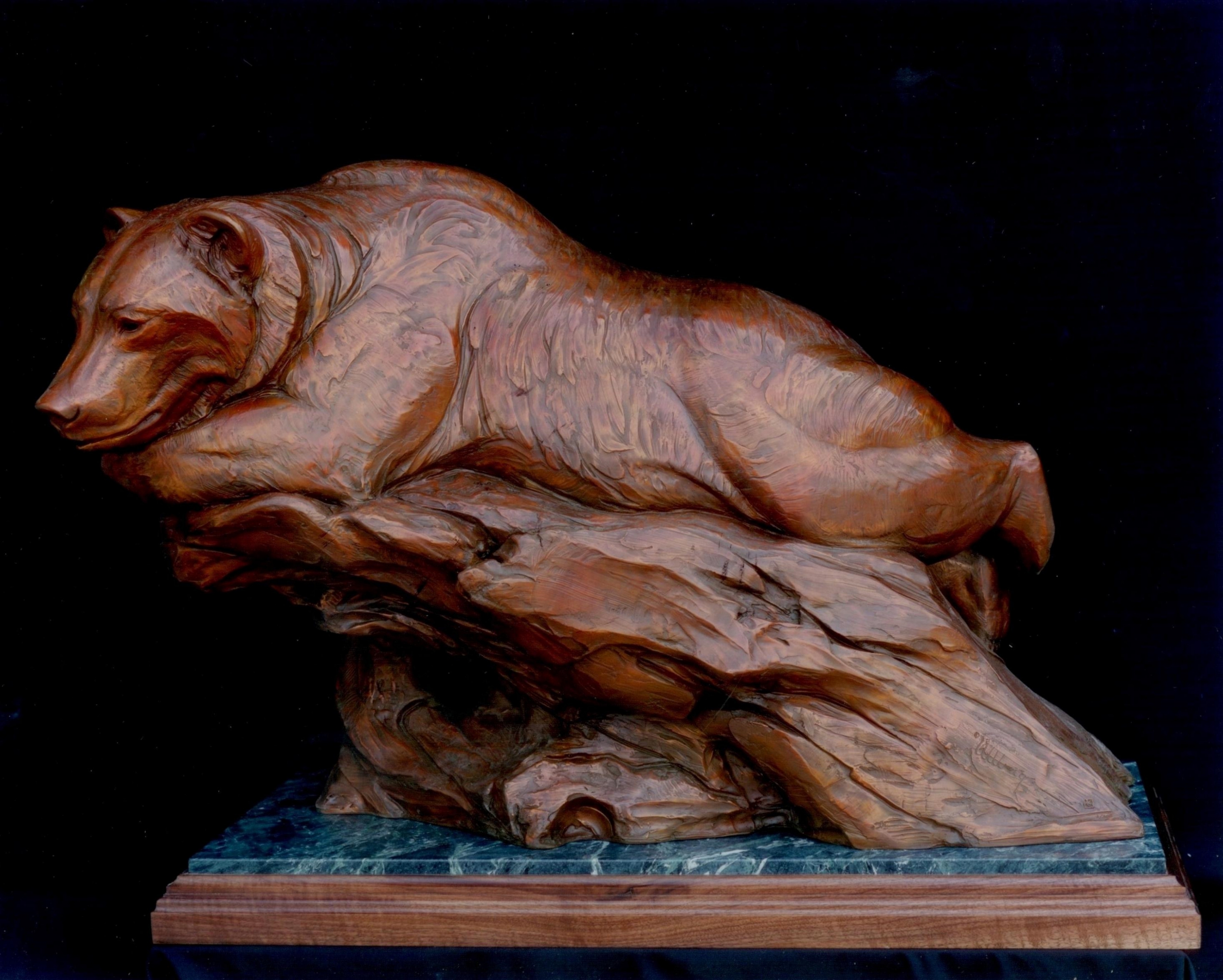 Size matters—not only in the jungle but in the civilized world and the medium of wildlife sculpture—a truth amply manifested by sculptor Kent Ullberg’s new exhibition at the Art Museum of South Texas in Corpus Christi. Kent Ullberg: Celebrating the Wild and Wonderful (May 18-Aug. 19) showcases 65 wildlife sculptures from the artist’s four decades of depicting untamed nature in bronze and stainless steel. The show opens May 18 and runs through Aug. 18.

More often than not, Ullberg’s public commissions are executed on a monumental scale. In Omaha, Nebraska, for example, Spirit of the Nebraska Wilderness is spread over six city blocks, with bison stampeding through the walls of buildings and a flock of 58 stainless steel and bronze geese (weighing in at 200 pounds per bird) circling the intersection and flying through a fountain. In Fort Lauderdale, Florida, Ullberg’s ambitious, eye-popping, and wonderful Sailfish in Three Stages of Ascending takes up half a city block. 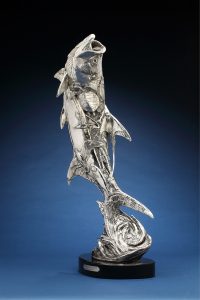 The Swedish-born Ullberg, a Corpus Christi resident since 1974, began obsessing over African wildlife at the age of 11. He followed up his art school degree with a taxidermy apprenticeship in Stockholm, then worked as a museum collector, curator and director in Botswana, and later, Denver. In between came adventures on dugout canoe treks, jungle safaris, and birding with the same naturalists he had idolized in his youth. Today, Ullberg is one of the world’s foremost wildlife sculptors, having exhibited his work all over the United States and in Canada, Great Britain, Sweden, Germany, Luxembourg, South Africa, Japan, and China.

Ullberg’s oversized passion for nature is visible all over Texas as well, including a 21-foot tall eagle at Texas A&M University, a mountain lion at San Antonio Zoo, a tarpon at the Marine Sciences Center in Port Aransas, a trio of monumental whooping cranes at Rockport, a leaping marlin at the entrance to North Padre Island, and a wealth of others in the Corpus Christi and Coastal Bend area.

Visitors to the new exhibit will find a giant stainless steel goose (with an 8-foot wingspan) overhead as they enter. Plenty of large sculptures are included in the show, but due to the physical limitations of the museum, the monumental-sized works are represented here by scaled-down versions. Subbing for the Fort Lauderdale sailfish, for example, is a 10-foot sibling (still considerably bigger than a perch). Even with such compromises, the exhibit takes up most of the musem’s four main galleries. Giant banners will screen projections of Ullberg’s larger works, along with projections of the respective habitats of the subjects. Environmental sounds will also be piped in.

Educational components of the show include interactive installations and an iPhone/iPad app that will offer visitors more information about Ullberg’s wildlife subjects and habitat and the techniques involved in creating and casting his sculptures. Ullberg will also be conducting a series of lectures.

Although the exhibit would seem to be, at least in part, a tribute to the sculptor’s achievements and acclaim, Ullberg insists otherwise. “The show is not a tribute to me,” he said, “it’s a tribute to nature, it’s all about the wonders of nature.”

The May 18 public opening of Kent Ullberg: Celebrating the Wild and Wonderful will be preceded by a Black Tie Dinner Fundraiser on May 16 and Members Preview Reception May 17, 5:30 p.m.-7 p.m.