W. Goodrich Jones, the Father of Texas Forestry, planted the seed for sustainable management of the state's forests 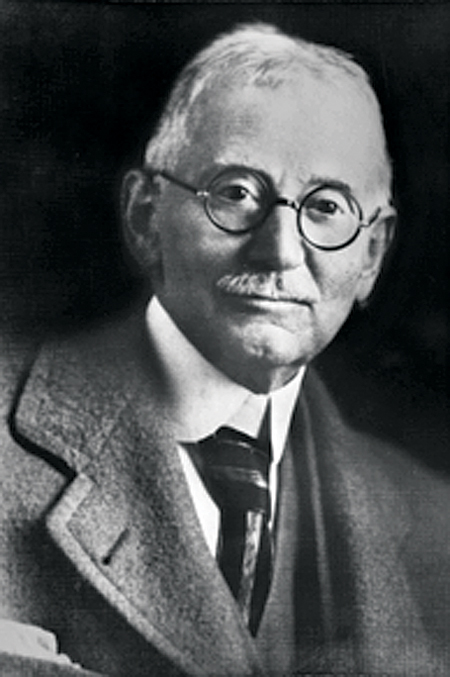 When the 34th Texas legislature established the Texas Forest Service in 1915, there were few guidelines in place to direct the management of Texas forests.

The legislation mandated that the new agency “assume direction of all forest interests and all matters pertaining to forestry within the jurisdiction of the state.”

This was an important step in sustainably managing Texas natural resources, and one of the key proponents was W. Goodrich Jones (1860-1950).

“If you look around the country at that time, the timber-cutting programs didn’t include replanting. All that started with Goodrich Jones. He was ahead of his time, and we benefited from that.”

Born in New York to a prominent family with business interests in Galveston and abroad, Jones came to Texas as an energetic Princeton graduate in 1883. With business degree in hand, Jones served internships at Galveston and Houston banks. In 1888, Jones moved to the prairie town of Temple to serve as president of the new Temple National Bank, and he took an immediate interest in planting trees.

In 1898, the chief of the United States Bureau of Forestry, B.E. Fernow, asked Jones to survey the forests of Texas and write a report on what he found. “I went by train, carriage, and horseback,” wrote Jones. “It was a scene of terrible waste of virgin timber by the lumber mills. To cut down and drag out one tree, 100 younger trees were knocked down and killed.” He concluded that the state was “killing the goose that laid the golden egg.”

As a child, Jones had taken a walking tour of the fabled Black Forest in Germany, which illustrated how the German system of continuous planting, cultivating, and cutting could manage and conserve the forest. Jones’ suggestions for correcting the situation in Texas drew heavily from what he had observed in Germany.

In 1908, Jones attended the White House Conference on Conservation with President Theodore Roosevelt and Gifford Pinchot, chief of the United States Forest Service. Inspired, Jones determined to establish an organization that would lobby to manage and conserve Texas forests. Seven years later, the Texas Forestry Association became a reality, and Jones served as the organization’s first president.

Ron Hufford, current executive vice-president of the Texas Forestry Association, says that the state’s management and conservation of its forests began with Jones.

“Goodrich Jones was the first to not only recognize what was happening to the state’s trees, but he also lobbied hard to get the legislature to establish a Forest Service,” Hufford said. “If you look around the country at that time, the timber-cutting programs didn’t include replanting. All that started with Goodrich Jones. He was ahead of his time, and we benefited from that.”

The 1915 legislation that created the Texas Forest Service also authorized a system of state forests. State Forest Number Two, in Montgomery County south of Conroe, was renamed the W. Goodrich Jones State Forest in 1944. Jones continued to lobby on behalf of the state’s forests and other conservation issues until his death in 1950.