A New Look for Texas Highways 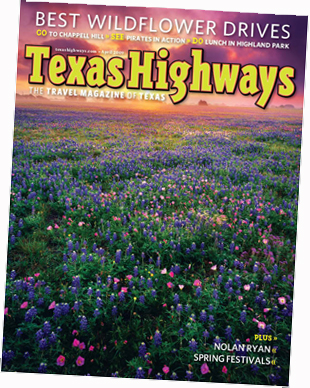 We’re fired up about the new look for Texas Highways. As you can see in this collection of  “historic” Texas Highways covers, (below) the magazine’s new logo represents the fifth distinct look-and-feel in the publication’s 35-year life span.

We initiated the redesign process almost a year ago, but before we even started, we confirmed the importance of the Texas Highways legacy, which represents decades of popularity and excellence. And Texas Highways enjoys the reverence of more than a quarter-million readers who see the magazine every month and don’t hesitate to share their likes and dislikes.

So the challenge of the magazine redesign is to create ways to make the photographs and text work better than ever, and to offer even more information about travel in the Lone Star State. We wanted to add to the Texas Highways experience through the Web site, too.

The first major change to the magazine is the logo on the cover. We decided the words “Texas” and “Highways” deserve equal billing. After all, we all need the highways to travel from the Sabine River through a complete time zone to the Rio Grande on the western tip of the state.

Change represents our hopes for the future of the magazine, but it also harkens back to the past. Even though the new logo’s typeface—Triplex—is thoroughly modern, there’s a hint of a retro vibe to the new look. After all, there is something a little retro about the classic road trip, just as there should be a hint of romance about travel. Even for short trips. Taking off on the open road strikes a resonant chord for most of us—it’s the need to see a new place, or simply to experience something different.  It’s always a good time to get away from the grind. Sure, there are other ways to travel, but we see the highway as a metaphor for the experience.

New people, new places, and new things.  Exploration in general. That’s what Texas Highways is about. And readers in every one of the United States and in 65 countries are looking at this issue, and probably thinking about spending a few days at Port Aransas, or hiking in Palo Duro Canyon, or birding in the Rio Grande Valley, or marveling at the sparkling, velvety night skies of the Big Bend country.
It’s time to Go, See, and Do!