A Taste of Alsace 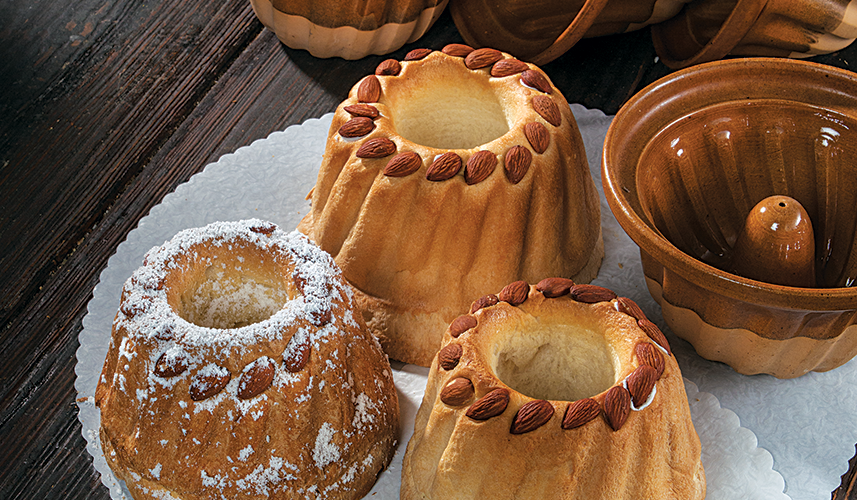 Every time I roll into Castroville, a town of some 3,000 people about 20 miles west of San Antonio, I can count on satisfying my appetite for a tasty slice of European ambiance.

US 90 ushers through a steady flow of traffic, but Castroville itself embraces an easygoing vibe that speaks of another era. You don’t have to travel far from the highway, for example, to notice quaint dwellings of limestone, oak, and cypress—some dating to 1844, when empresario Henri Castro led colonists from Alsace in northeastern France to fertile new homesteads in the Medina River Valley.

Castro and his fellow Alsatians brought Old Country customs to Texas, and vestiges remain 170 years later, especially in Castroville’s architecture and food. Cottages with steeply sloped roofs and distinctive window treatments—shutters and planter boxes beneath the windowsills—give the town a European-village feel.

In several locations, Alsatian architecture and food align in good taste. No visit to Castroville is complete without a stop at Haby’s Alsatian Bakery, whose exterior features diagonal structural timbers reminiscent of buildings in eastern France and neighboring Switzerland and Germany.

My fascination with Haby’s began 25 years ago, when a thoughtful co-worker appeared in my office doorway with a little white bag filled with incredibly delicious macaroons. It was a delightful dilemma, choosing between the traditional, golden-brown cookies crammed with coconut, or the Turkish version with dates and chopped pecans. That led to my growing appreciation for Haby’s robust selection of baked treats, which include such Alsatian favorites as fruit-filled stollen and kugelhopf, the latter a slightly sweet cake usually eaten for breakfast with butter and jelly.

“Stollen, which are pastries shaped like little footballs and filled with cherries or blueberries, are extremely popular,” says Lauren Sargeant, who joined the Haby’s “family” eight years ago. “We open at 5 a.m., and by 6 o’clock, there’s a non-stop stream of customers—some in nightgowns and curlers at the drive-through window—eager for coffee and something sweet to start the day.”

The stollen at Haby’s are about the size of hamburger buns. “People want something they can eat on-the-go, sometimes even in their cars,” says Walter Tschirhart, whose family
acquired the bakery and Alsatian recipes from founder Stanley Haby in 1974. “Other folks make a habit of stopping by and bringing a bag of treats to the office to impress the boss.”

Walter’s parents, who visited multiple bakeries in France during a 1978 trip, returned with a supply of special pottery for creating kugelhopf. Six inches in diameter, the ceramic dishes resemble Bundt-cake pans. Toasted almonds go into the bottom with semi-sweet dough, and when the cakes are done, they’re dusted with powdered sugar.

The amazing output from Haby’s includes other European imports such as croissants, strudels, Danishes, and rack after rack of breads of many shapes, sizes, and textures. And Haby’s doesn’t ignore the all-American classic dessert: pie. “Our fruit pies are popular year-round,” says Walter’s wife, Carolyn. “We make two kinds of apple pie, a Dutch apple version with a streusel topping, and a lattice-topped apple. And people love our pecan pies, especially around the holidays.”

Then there’s parisa, a raw-meat dish, similar to steak tartare, that’s immensely popular with Alsatian-Americans. To make parisa, Marvin and his employees combine high-quality beef, American cheese, onions, jalapeños, salt, and pepper, then grind the mixture into a rough paste. On a typical day, they’ll make about 20 pounds. “Parisa makes any day a celebration,” Marvin says. “We make it fresh every morning, and when we run out, we run out. It’s meant to be kept cold and eaten right away, with crackers.”

Parisa often appears as an appetizer at Le Chat Noir, an eatery on Angelo Street in the historic heart of Castroville. The restaurant’s growing popularity necessitated a move this past October to the more-spacious Krust Hüs, a restored Alsatian-style cottage built in 1853. Here, executive chef Lynn Oefinger creates French-inspired cuisine with ingredients sourced locally. And the restaurant’s pecan-shaded patio is perfect for relaxing over a pint of craft beer or a glass of French or German wine.

Lynn’s roasted quail with blackberry-balsamic reduction and mashed sweet potatoes headlines an ever-changing menu that also includes beef, fowl, and pork, plus hearty French-German favorites such as Alsatian sausage and sauerbraten. “I studied at the Texas Culinary Institute in Austin, an affiliate of Le Cordon Bleu,” Lynn says, “so my focus is definitely French technique. Every plate I make is done to order.”

Le Chat Noir’s French-country ambience adds to a romantic dining experience and, like Haby’s and Dziuk’s, offers a taste of Alsace that makes Castroville a delightful—and delicious—destination.

From the February 2014 issue