Starting as early as next week, peaches should be ripe for the pickin' in Texas’ top stone fruit destinations: Gillespie, Stonewall, and Parker counties 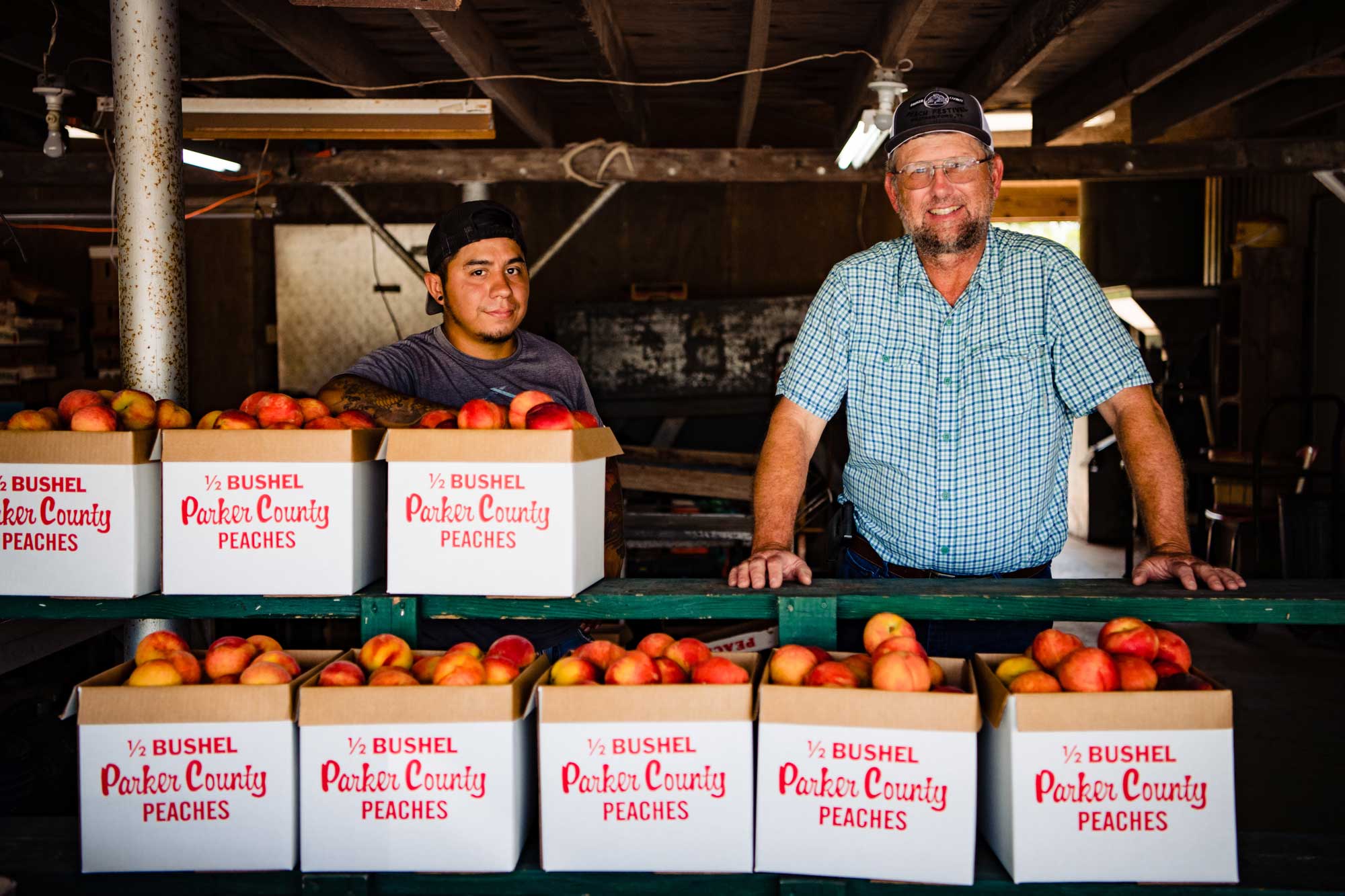 Breaking news from Texas Peach Country: This year’s harvest is poised to be plentiful.

“Oh yeah, there are lots of peaches out there—a lot more than I thought there would be,” says Gary Hutton of Hutton Farms west of Weatherford, referring to the hard freeze that occurred in early March of this year. “They pulled through.” he says. “I’ve got some as big as my thumb.”

East of Dallas-Fort Worth, Judy Ham of Ham Orchards in Terrell affirms “nothing hurt us. We have a full crop.”

In a mid-April check, similar reports emerge from family orchards in the Hill Country and Central Texas.

“Starting with one of our first varieties coming in mid-May, Regal, a semi-freestone, has a good ‘set,’” says Kristen Restani of Burg’s Corner in Stonewall, referring to the tiny fruit that appears after pollination. “In the beginning of June, a couple of our other varieties such as semi-freestone Sentinels and freestone Harvester also set great.”

At Cooper Farms near Fairfield, co-manager Elizabeth Johnson says, “Lots of peaches out there. Looking very good!” Of availability of freestone varieties, she says, “A good rule of thumb is the first day of summer. We look to be on track for that.”

Our May edition’s cover story, “Just Peachy,” available on newsstands, included a fingers-crossed caveat about each year’s harvest being at the mercy of Texas’ unpredictable weather. For sweet freestone varieties that draw Texans to roadside stands, growers expressed optimism soon afterward the early March blast because trees bearing freestones had not blossomed, though there was initial concern for early-arriving clingstones and semi-freestones.

“We prayed that God would blanket our farm and protect the tender buds and delay blooms for the ones that had not popped,” Johnson said at the time. Based on latest reports, clingstones and semi-freestones survived as well. 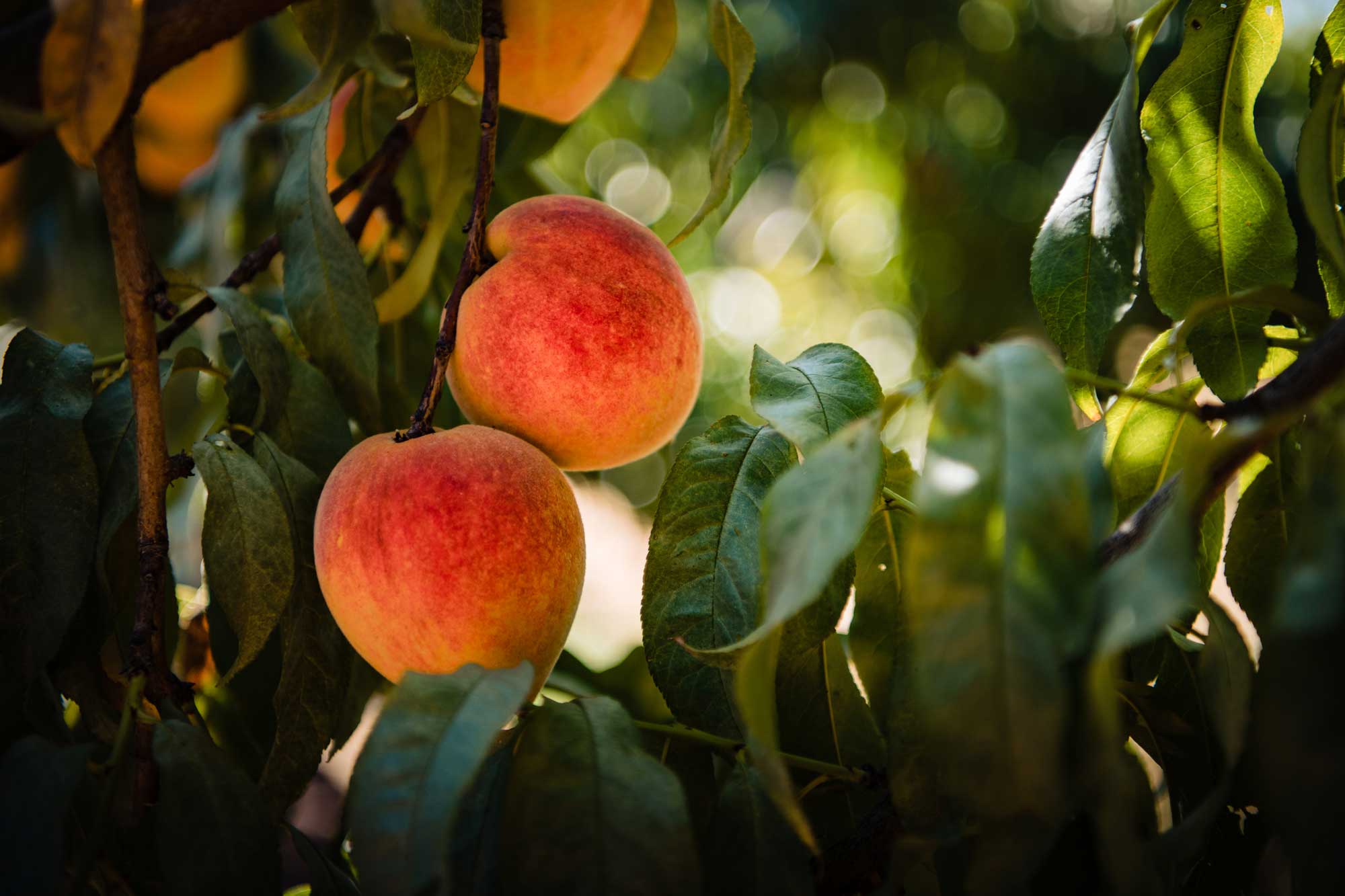 “Great news – the 2019 peach crop is outstanding,” reports Jamie Vogel of Stonewall’s Vogel Orchards as May approached. More a peach technician than most, he said of how the Texas peach crop survived this year: “A combination of sustained breezes during much of the cold event, higher levels of humidity due to rains just preceding the cold, and most fruit being protected by tight buds or blooms at that stage.”

Two weeks later in March, he said, the crop could have been a total loss. He hopes to open the Vogel store May 13, though customers for freestones will need to wait until late June or early July.

The best conditions: a cool, wet winter with an appropriate number of “chill nights”—not freezing but cold enough to help blossoms set. No late hard freezes after blossoms appear—hence, the potential trauma this past March.

Commercially exporting peaches requires a consistent supply chain year-to-year. The Texas’ seven-year cycle doesn’t conform to such a model, so Texas peaches stay in Texas and mostly come direct to consumers from the farm.

As if the seven-year switch was activated, 2017 was a loss for many Texas peach growers. Then came last year—a bounty, evidenced by waves of customers to roadside stands. Now, 2019 appears to be two in a row for plentiful harvests.

As a protection against climate-induced losses, family growers like Burg’s Corner, Cooper Farms, the Hams, the Huttons, and others develop shelf-ready products like canned preserves, butters, and salsas, and grow other fruits and vegetables on spare acreage. That’s why roadside customers will see trays of squash, tomatoes, cucumbers, and asparagus alongside the peaches this year.

Hutton Farms’ store adjacent to its orchards appears to be on target for a Memorial Day weekend opening with clingstones like Flavor Rich. The first freestones—Harvesters—could be picked mid to late June “if we get some rain,” said Gary Hutton.

The Hams’ store on County Road 309 east of Terrell may have the first clingstones by May 16-20 as they celebrate the 40th anniversary of Dan Ham planting the first 50 trees what would become a 180-acre peach orchard. Freestones, likely Harvesters, will be available in July.

“I haven’t seen a freestone here in June in all my years,” says Judy Ham. She is also reluctant to issue a forecast for the eventual crop. “I can’t tell you. I’m not God and I’m not Mother Nature,” she quipped.