Written by Art Williams, Photographs by Will van Overbeek | From the February 2018 issue | Updated: October 27, 2018 | Filed Under: EatEat + Drink 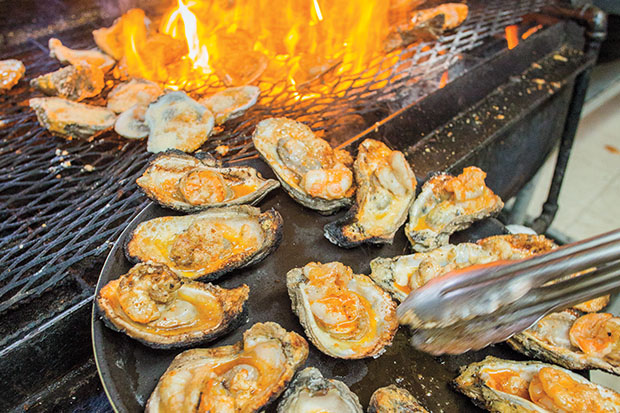 Oysters have the reputation of being an expensive delicacy—high-end fare offered at fancy eateries with prices to match. Not so at Gilhooley’s Restaurant and Oyster Bar. 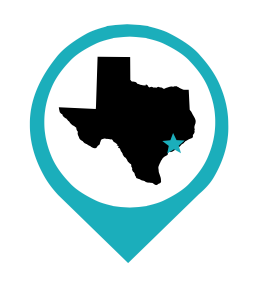 There is nothing highfalutin about this ramshackle seafood joint in the tiny coastal town of San Leon, located about 40 miles southeast of Houston on a small spit of land stretching into Galveston Bay. This corner of the bay was the stomping grounds of the French pirate Jean Lafitte in the early 1800s, and Gilhooley’s looks like the perfect haven for sailors and vagabonds. Situated about a block from the water, its weathered building has been cobbled together with salvaged lumber and corrugated metal, and its parking lot is paved with cast-off oyster shells from countless dinners. Inside, a horseshoe-shaped bar dominates the center of the room, and framed vintage photos, license plates, and Tiki masks crowd the walls.

The rustic setting is part of Gilhooley’s charm, as is its no-frills attitude. Out front, a handpainted sign nailed to a tree near the entrance warns “No kids. No pets.” And while I once spied a one-eyed tomcat patrolling the patio for scraps, the ban on kids younger than 18 stands firm. The unapologetic ambiance and outstanding food attract a regular clientele of locals and a steady stream of outsiders who drive the distance to taste its signature dish, Oysters Gilhooley—a dozen pit-smoked bivalves slathered in garlic butter and topped with Parmesan cheese. This out-of-the-way spot recently drew media attention from Andrew Zimmern, who called it the “ultimate seafood dive” on his Travel Channel
show Bizarre Foods, and from GQ magazine, which included Gilhooley’s on its list of “24 Best Restaurants in the Most Unexpected Places.”

Aside from the signature Oysters Gilhooley, you can order the Oysters Picante, a spicy variant with Colby jack cheese and a splash of salsa.

Despite its recent acclaim, the restaurant has humble beginnings. Its original owner, Phil Duke, opened the business in 1987 in an old ice house with a view of the bay in nearby Bacliff. His supplier was Misho Ivic, a Croatian native who operated Misho’s Oyster Company just a few blocks away. According to Ivic, Duke’s priority was keeping prices affordable for his neighbors. “It never was a money-maker,” Ivic says. “Phil wanted to have good food for locals without much money, so someone with $10 could have a decent meal and a beer.” In the mid-1990s, when the rent increased, Duke relocated inland to San Leon, to an inauspicious patch of swampland plagued by mosquitoes. With Ivic’s help, he used truckloads of discarded shells to raise the ground and drain the standing water, and in three months’ time he and his kitchen crew had constructed the restaurant’s new venue out of recycled materials. When Duke decided to retire and sell the business in June 2016, Ivic stepped in and took over. “I was the first person he offered it to. I couldn’t tell him no,” Ivic says. 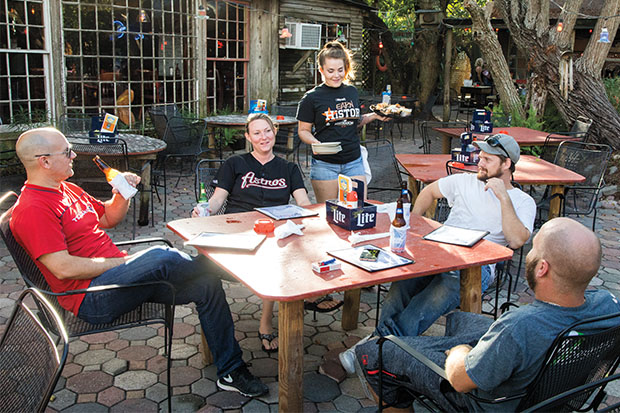 Diners can nab a seat inside, near a horseshoe-shaped bar surrounded by vintage photos and Tiki masks, or relax outside on the shaded outdoor patio.

These days, Misho’s Oyster Company is one of the three top producers in the state. As Ivic is the supplier for his own restaurant, he can offer topnotch quality while keeping prices low. (A dozen raw oysters will set you back only $12.95.) Ivic has also kept the original recipes intact—recipes he says Duke’s mother helped develop. “The barbecued-oyster recipe is best,” he says, “but the fried shrimp is also good, and the boudin, the barbecue crab, and the seafood cakes. WhatI eat most often is the beef vegetable soup. You need to experiment with other things. You cannot eat oysters all the time.”

Everything pairs perfectly with a cold longneck and a side of hushpuppies. Gilhooley’s also has a full bar, but frozen drinks are as verboten as children here.

But why not? After all, Gilhooley’s has several varieties to choose from. Aside from the signature Oysters Gilhooley, you can order the Oysters Picante, a spicy variant with Colby jack cheese and a splash of salsa, plus you can add shrimp to either one. Both dishes are cooked over an open fire and are flavored by the fragrant smoke from burning pecan and oak logs. There’s also the fried oyster dinner, the fried oyster po’boy, and the seasonal oyster stew. And you can always have them raw as well, served chilled on ice with lemon wedges, saltine crackers, and cocktail sauce. The menu extends far beyond oysters, offering everything from the usual burgers and fries to Cajun dishes like boudin balls, étouffée, and the “Everybody Gumbo”—a mélange of oysters, shrimp, chicken, and sausage swimming in a savory roux. Everything pairs perfectly with a cold longneck and a side of hushpuppies. Gilhooley’s also has a full bar, but
frozen drinks are as verboten as children here.

Although Ivic has kept Gilhooley’s unchanged for the most part, he has made a few tweaks. Under his management, the restaurant, once notorious for being cash-only, started accepting credit-card payments. It also introduced live music on alternating Friday and Saturday nights, when bands perform outside on a newly constructed stage at the back of the patio.

Last summer’s Hurricane Harvey brought some changes of its own. Gilhooley’s sustained some minor damage from a roof leak, yet the restaurant was patched up and reopened for business within a few days. However, some of the reefs on which it depends were less fortunate. Oysters are finicky critters in that they require a balanced mix of fresh and salt water to thrive. The storm system dumped so much rainwater on the area that it killed off the oysters in East Bay, the span of water between Bolivar Peninsula and the mainland. Fortunately, Ivic has other leases, and he has faith the East Bay colony will rebound. The oyster business is all about cycles, he says. “It’s kind of like gambling, but you have
a better chance than at a casino,” he affirms. In fact, he believes the last three years of flooding will help balance out the salinity created by the preceding years of drought. Less salinity equals fewer predators such as sea snails, resulting in more oysters that can be harvested.

In the end, even with environmental challenges, fickle weather, oil spills, and leasing issues, Ivic finds his work worth the effort: “I just love oysters. By now, I have oysters going through my veins.” For some people, the world is their oyster, but for Ivic the opposite is true: “Oysters are my world.” When you eat at Gilhooley’s, you can taste why.