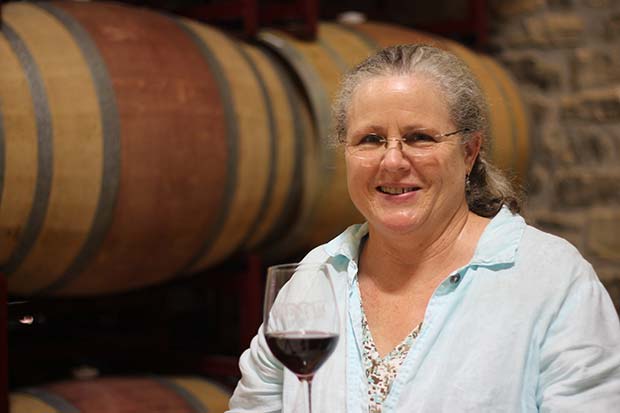 In recent years, the town of San Saba—some 100 miles northwest of Austin—has reinvented itself as a tourist destination, complete with shops, restaurants, a B&B, pastoral scenery, and the award-winning Wedding Oak Winery, which opened in 2012 in a historic building downtown. 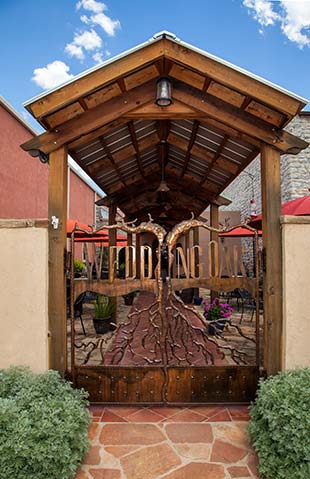 The most recent kudos for Wedding Oak’s wines come courtesy of the 35th Annual San Francisco International Wine Competition, the largest international wine competition in the United States, which bestowed double-gold medals on the winery’s Albariño 2013 and bronze awards for its Rhone blend and 2013 Sangiovese.

But why take the judges’ word for it when you let your own taste buds decide: Tastings and tours of the winery, located at 316 E. Wallace in the heart of downtown San Saba, take place seven days a week. For $10 visitors can sample five wines from the current lineup and see the operation’s barrel and tank room.

I spoke with Wedding Oak winemaker Penny Adams recently about her love of plants, what it means to win awards, and how a childhood refuge in a grape arbor helped form her life’s career path.

TH:  Can you tell me a bit about your background, and how you became interested in winemaking?

Penny: I am a native Texan, raised in Arlington back in the days when Arlington was a very small place. There was actually open land between Fort Worth and Dallas back then. We lived in the city, but we had a farm in the country, and we would go out there and grow vegetables. I’d pick grapes along the railroad tracks, and I made grape jelly and sold it to make money when I was growing up.

TH: That’s great! So your first contact with grapes was when you were a kid.

Penny: Yes. And my dad comes from a big farming community north of Lubbock. He had six brothers and three sisters, and all were farmers except for him. We spent summers at our grandparents’ farm. My grandfather had six rows of grapevines, and as kids we used to run up and down the rows. He had this wonderful grape arbor build beside the house, nice and shaded. It was kind of secluded, so it made you feel like you were in a cocoon. There were 30 cousins, and that’s where I’d go and hide out from the ruckus. That’s where I got my interest in plants.

Penny: Well, I think there’s something magical about vineyards and the orderliness of a vineyard. I think that’s why people fall in love with vineyards. 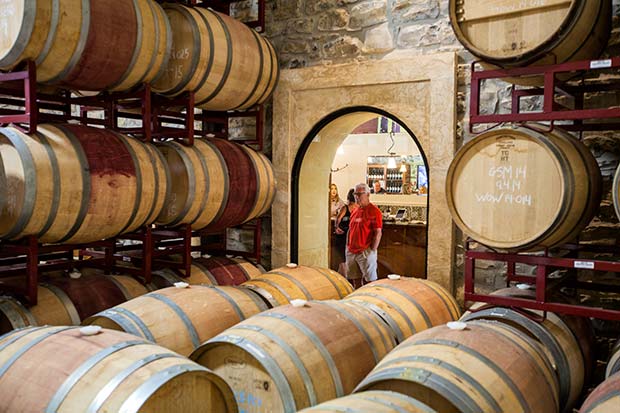 Penny: My mother was a plant person. We had a greenhouse growing up. We spent weekends at our own farm, picking fruit and vegetables, making pickles and jellies, learning how to plant seeds and make cuttings. She was an inspiration to me.

TH: And how did this translate to you as an adult?

Penny: After I graduated from high school, I went to Texas A&M to get a horticulture degree. Most people study in the ornamental side, because the big jobs then were with seed companies, but I wanted to do something food-related. So I studied the fruit and nut side. Back in the 1960s, there were a lot of people investing in pecan orchards, so you saw a lot of pecan orchards popping up. So the university responded with a large pecan program.

TH: It’s so interesting that you ended up in San Saba, where pecans are still such big business.

Penny: Yes. And somewhere along the way, I started looking for a summer job. I started working on campus taking care of landscaping. A&M had a work-study program, and a professor from UT contacted A&M to find someone to take care of a vineyard they had in Blanco County. I had knowledge of grapevines, so I became that candidate. I went to work on this ranch west of Austin for a gentleman farmer who didn’t know what he was doing.

Penny: He had this old 1882 house, and he was restoring it. He had a group of German carpenters working on the house, and this Hell’s Angel motorcycle guy who lived on a neighboring ranch working out there, and he just left me his ranch and said, “I’m going to Europe, sign all the checks for these people.” He had a half-acre vineyard, and eventually we planted about 20 acres. Eventually, he decided it was cheaper to marry me than keep me on the payroll.

TH: Oh my gosh that’s funny. And you were still in school.

Penny: Yes, but he encouraged me to continue my education. He had two undergraduate degrees, two master’s degrees, and a PhD in celestial mechanics from Yale. So it was important to both of us. After I got my Bachelor of Science degree in horticulture, I drove out to California to do a master’s program in viticulture at California State University in Fresno. What an experience. They had 80 acres of grapes on campus and a commercial winery. But their main focus was raisins.

Penny: There were very few American students in those programs back in those days. There were a lot of students from Afghanistan and Pakistan, coming here to learn agricultural techniques. I took some crazy classes.

TH: How’d you wind up back in Texas?

Penny: I did the two years of classes in California, then came back to Texas to do my master’s thesis in West Texas on land owned by the University of Texas near Bakersfield. Back in those days, UT was trying to find ways to utilize the land they owned out there. They were researching whether they could grow grapes, or sesame, or other crops. They had three vineyards, about 3-5 acres each, in Van Horn, Fort Stockton, and Bakersfield. I learned a lot about training and pruning young grapevines. It’s a detailed process!

Penny: I graduated from Fresno State in 82, and had my first child that year, too. So my family ended up in Blanco County, and we built a winery called Cypress Valley Vineyard; it was Texas’ fifth winery since Prohibition. A lot of people don’t know that back before Prohibition, there was a thriving wine industry in Texas, most of it centered around El Paso. The Franciscan Monks had brought grapevines with them. There are still some old grapevines out there.

Penny: But my husband passed away in 1989. By then, we had two sons; the oldest was in first grade and the youngest was only 4 years old. I didn’t have a way to keep the facility running. So I worked for various wineries and vineyard operations in Texas. I did some consulting work, and I helped Fred Thomas and Luci Baines Johnson build a winery and tasting room in Cedar Park. It was a challenging location, because the soils weren’t good and there were frost problems. And so I eventually got into the nursery business. Pruning has always been my specialty, and I loved teaching people.

TH: There are lots of full circles in your story. 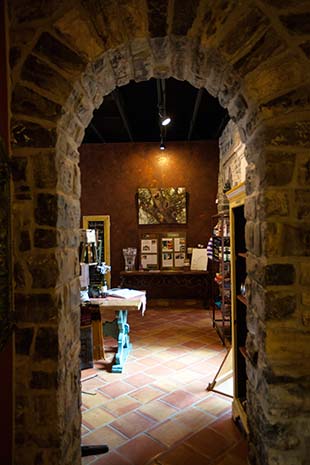 Penny: I guess there are! I eventually wanted to get my hands back in the vineyard business. So I found myself teaching classes at Austin Community College and Grayson County College in Denison–Grape Growing 101 and things like that. I purchased equipment for Dr. Becker when he built his winery, Becker Vineyards, in Stonewall. Then in 2005 or 2006, Senate Bill 1370 created a program to fund viticultural studies. I was one of four people hired, and we studied everything from marketing to Pierce’s Disease, which is a problem in many areas of the state. But in 2012 the program dollars went away, and I was back doing classes, diagnostic calls, helping people review sites.

TH: I guess there were a lot of people wanting to start vineyards?

Penny: Yes, and too many people will buy a piece of property and want to plant a vineyard, and the land isn’t suitable at all. It’s a risky enough business as it is. During that time, I worked with growers throughout the Hill Country. Two of those growers were Mike and Lynn McHenry (now part owners of Wedding Oak). When they were asked to help build a winery in San Saba, they came to me. They said, “Are you interested?” And I said, “Sure.”

Penny: That’s a real honor, but for me the big honor is being able to share what I make with friends and family. Sharing my craft with other people is what I feel is the most important.

TH: Do you visit wine bars or restaurants with wine programs very often?

Penny: Honestly, I’m not a wine-bar person. I rarely have time at the end of my day, because I travel so much. I like to stay home.

TH: I know you travel a lot for your work. Where are some of the places you travel for recreation?

Penny: I like small-town places more than anything. San Saba is a great representation of that. Small towns have such rich cultural history. Towns like Menard and Mason—Mason is a beautiful little town. And I love San Angelo. San Angelo has a world-class waterlily garden. East of San Angelo, the little town of Eden has a beautiful garden. I love going to Moody Gardens in Galveston, and the Dallas and Fort Worth botanical gardens. I love plants, so you know I’m always looking for places to see unusual plants.