Good Things are Worth the Wait

Grape growers count on many factors for quality wines 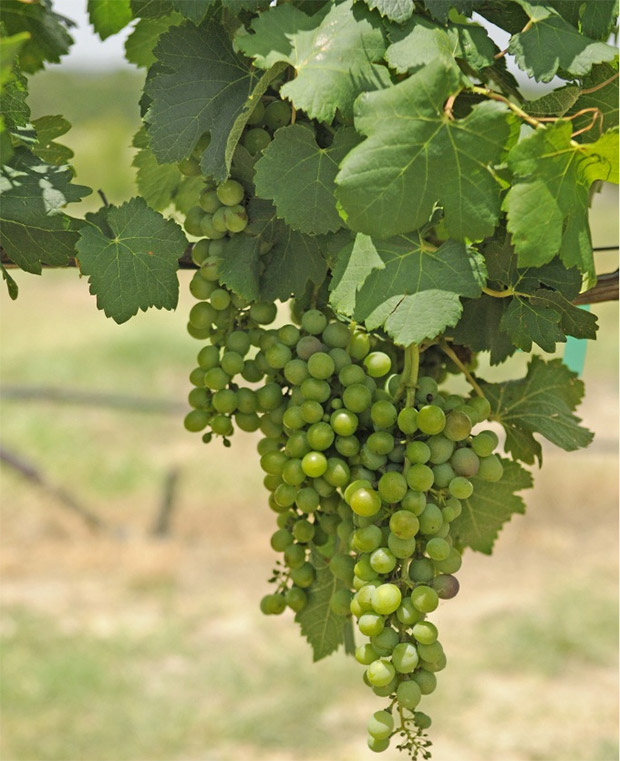 Around the first of September, we received a copy of the 2015 harvest report for Wedding Oak Winery in San Saba, which announced a bountiful harvest despite numerous curveballs brought on by weather. In San Saba’s growing area, as in much of Texas, the vineyards endured unprecedented heavy rains in May and June, followed by dry months into harvest time.

Winemaker Penny Adams, who also manages Wedding Oaks’ Hill Country vineyards, partially attributes her success to astute canopy management, meaning that she spent a lot of time thinning the vines, removing excess fruit, and positioning the remaining clusters so they acclimate gradually to the sun.

But the timing of the rains was fortuitous, too: It rained when the grapes were undergoing cell division, leading to large clusters, but the rains ceased in time to enhance quality during the ripening period, when flavors develop and concentrate.

I was curious to learn what the wild weather this year meant for wineries across the state, and I’m pleased to report that the news is good—especially for those who focused on quality rather than quantity. 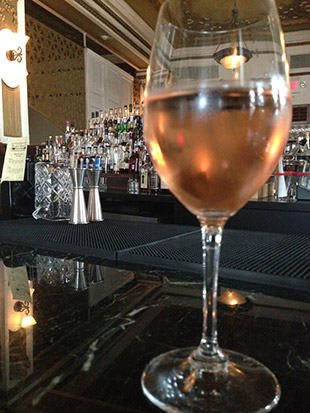 Director of Winemaking Sergio Cuadra, who oversees winemaking at Fall Creek Vineyards in Tow and Driftwood, sheds additional light on how grapes can adapt to the often difficult weather here. Born in Chile, Cuadra says he arrived in Texas in summer 2013 thinking that it would be too hot to grow grapes here. “I was expecting the plants to struggle in the weather. Most of the major winemaking in the world is done in cooler climates, both in Europe and the New World. When it gets suddenly hot there, the plants suffer. But here in Texas, I found plants that were thriving, despite the hot Texas summers. What I learned was that plants can adapt themselves to the heat early in the spring. They have an amazing mechanism—heat shock genes—and they’re not exclusive to vines. These genes are triggered above 95 degrees Fahrenheit; the plants start producing proteins that protect the plants from the effects of high temperatures.”

“The grapes have to be exposed to the sun from the get-go,” says Penny Adams, “or they will raisin up.”

Cuadra began to dig deeper into the mechanisms of adaptation, wondering, “If the plants have these amazing adaptations, then they were already selected for this kind of weather. When did this happen? Then I asked myself, ‘Where are the vitis vinifera vines originally from?’ Well, they are original, botanically speaking, to the Middle East. When you compare temperatures in that part of the world to those in Texas, they look almost the same. They were always ready for the heat.”

But the rain? Cuadra says that one of the main advantages of the heavy rain at the beginning of the growing season was that it gave winemakers a chance to get to know their growing sites. “This year, irrigation during the growing period was replaced by rain. It was a little too much, really. But we got to know our site. That’s why growing vines on slopes works well; you get good drainage.”

Out in East Texas, where wineries like Los Pinos Ranch Vineyards in Pittsburg work with hybrid grapes like Black Spanish and Blanc du Bois, rain wreaked havoc on the vines, especially if winemakers were shy about thinning plants. “Dry is better,” says Los Pinos winemaker Arnufo Perez. “We lost 20 percent of our fruit, but we were lucky because the rain stopped and we didn’t lose any vines.” Even so, the year looks promising, as Los Pinos makes many of its wines from grapes grown in the High Plains, where conditions proved fruitful.

“I’d much rather manage a vineyard during a drought than during a heavy rain period,” says grower Dusty Timmons, who manages 300 acres of vineyards on the Texas High Plains. “But up here on the High Plains, this year was just about perfect. We didn’t have a damaging freeze event in 2015, for one. The last freeze happened in March before bud break. And we didn’t have much hail. We also had good rains early in the season, which carried on most of the growing season. And we had very few days that hit 100 degrees; we had more days with highs in the 70s. That’s beautiful weather to hang fruit with.”

Over in Terry County, southwest of Lubbock, grower Jet Wilmeth manages some 100 acres planted with a dozen different grape varieties. “One of the things that contributed to a larger yield is the weather we had in January and February,” he says. “We had more snow than usual, which contributed to more moisture in the atmosphere. Moisture in the atmosphere leads to a temperate climate, like much of Italy enjoys. Water in the atmosphere mitigates frost events. And we didn’t have strong winds in March that typically pushes the moisture east. And then of course in May and June, we had tremendous rainfall Some growers did suffer hail damage, but as a whole, we benefitted from the moisture—as long as we had managed our vineyards, stayed on top of our fungicide program, and kept weeds down.”

There’s a lot going on behind the scenes, it seems, as grapes make their journey from vine to glass. When will we be able to taste the wines made from the 2015 harvest? “By Christmas,” says Wilmeth, “You’ll see some of the whites that require no aging. It’ll be summer at earliest for any of the reds.” Sergio Cuadra pushes it out a bit further, saying, “Reds not before a year. Chardonnay by the end of the spring.”

But good things are always worth the wait.