Hello Beach! Where to Eat 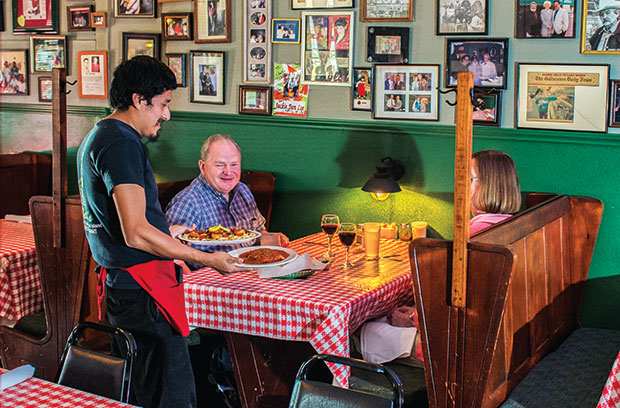 Now that you’re at the beach, where do you go to eat in Galveston, Bolivar Peninsula and South Padre Island?

Founded in 1911, this is one of the oldest restaurants in the state. Just inside the front door, there is a 1924 panoramic photo of the restaurant’s original location on Galveston’s 21st Street pier. In my opinion, Gaido’s belongs in the same category as New Orleans Creole restaurants like Antoine’s and Arnaud’s. And like those places, Gaido’s is as much a museum as a restaurant. The dining room walls are covered with photos of celebrities and menus from the good old days. In the rear dining room, don’t miss the portrait of former chef Wade Watkins, who created many of the restaurant’s most famous dishes (seafood bisque, for example) in his 44 years of running the kitchen.

In recent years, the restaurant’s reputation has soared under Chef Casey Gaido, a fourth-generation member of the founding family and a graduate of the Culinary Institute of America. The young chef is constantly seeking quality ingredients and reviving many of the classic recipes that Watkins created.

“I’m trying to bring back cracker meal-crusted fish, but nobody sells cracker meal anymore,” Casey told me with a laugh. “We have to make our own.” To appreciate the time-honored recipe, order the mahi mahi Sapporito, which is encrusted with cracker crumbs and garlic, then sautéed in butter. 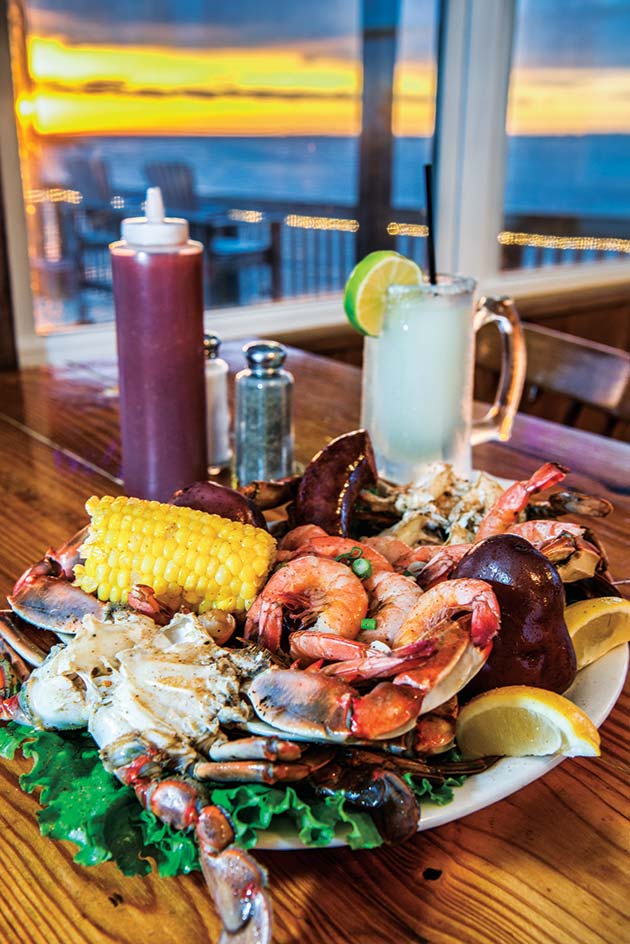 This is the best restaurant on the peninsula—also the best marina, bait shop, and bar. You can get your crabs boiled, fried, or stuffed, but the Stingaree is famous for barbecued crabs, which are broiled with a tangy sauce. Toasting the sunset with a “Stingarita” is a nightly tradition on the porch of the second-floor dining room. Downstairs is the aptly named DownUnder Bar and Grill, where burgers, po-boys, and fried seafood platters draw the crowds.

Rockport is a community of cottages and tidy marinas that’s popular with artists and sailboat owners. Adjacent is the fishing village of Fulton, headquarters of the local oyster fleet and home of several popular seafood restaurants. But if you’re looking for adventurous dining, try Glow, located in a tiny converted boathouse across from Little Bay. Chef/owner Karey Butterworth studied seafood cookery with such Texas chefs as Houston’s Bryan Caswell before she opened her place. The focus on local, sustainable seafood means you’ll find local Copano Bay oysters in season, wild-caught shrimp dishes, and seafood cakes made from chopped shrimp and sheepshead—instead of imported pasteurized crab.

The gastropub movement is well-represented on South Padre Island at Padre Island Brewing Company. Rotating draft selections include several styles of handcrafted suds; Texas Long Board Lager, Tailing Red Amber, and Speckled Trout Stout are among my favorites, when available. If you can’t make up your mind, get the “Sampler Tray,” a tasting of all five beers currently on tap. The menu is extensive—“peel and eat” shrimp, spicy wings, and fried calamari are popular appetizers, as are the chips-and-guacamole combo, ceviche, and nachos. The bar has won an award for its pizza, but I recommend the burgers. If you’re really hungry, order the Texas Burger, a double-patty, one-pound monster topped with jalapeños, mushrooms, and cheese. From the seafood menu, beer-battered shrimp is an obvious choice, and the tuna and flounder are also excellent.

This story has been updated to reflect current offerings as of June 8, 2021.