Party with a Purpose 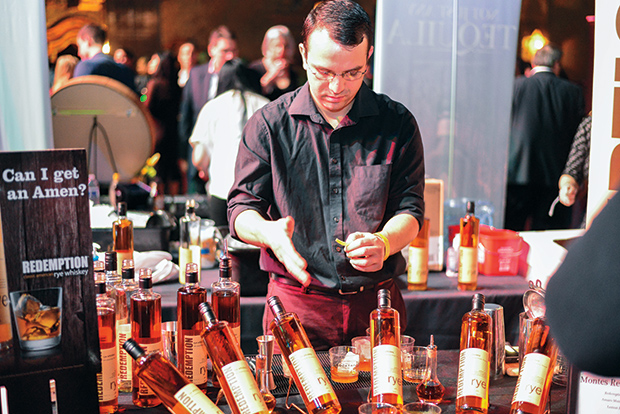 For five days in January, in the recuperative lull between New Year’s and Valentine’s Day, San Antonio hosts a smashing soiree that both raises money for children’s charities and celebrates the craft cocktail movement.

The San Antonio Cocktail Conference takes place January 11-15. Most events take place within a pedestrian-friendly section of downtown adjacent to the River Walk. Within this locus of activity, many hotels, including The St. Anthony, the Sheraton Gunter, and the Hotel Valencia Riverwalk, offer special rates to conference attendees and serve as venues for registration, seminars, and tastings. Free shuttles run to and from other events; other transportation options include Uber, Lyft, and B-Cycle.

Multi-event passes are available, with tickets to individual seminars, parties, and tastings running in the $40-$100 range. Tickets go on sale November 15. For general information about visiting San Antonio, see www.visitsanantonio.com.

And here’s the delicious thing: It turns out that this unexpected pairing works as beautifully as fried chicken and champagne; one provides the sustenance and the other provides the sparkle. Since its founding in 2012, the San Antonio Cocktail Conference has donated more than $450,000 to area children’s charities, making incidental philanthropists out of merrymakers seeking to learn more about spirits, cocktail history, and San Antonio’s vibrant culture and culinary scene.

“I doubt that most people who come to the festival are familiar with all of the charities we support,” says Cathy Siegel, executive director of Houston Street Charities, the event’s governing nonprofit. “They come because it’s fun. We call it a conference, but it’s really a festival—a party with a purpose. This is the new face of philanthropy.”

Bartender Michael Rogers, one of several hundred volunteers who make drinks, haul glassware, zest citrus, and provide assistance throughout the event, notes, “I’d estimate that more than 60 percent of attendees aren’t in the industry. They’re coming to learn more about cocktails and experience San Antonio. You can get as nerdy with it as you like; there are seminars for practically any interest. My favorite part is education, steering consumers to tastes they might not know about yet.”

Founded by Mark Bohanon (whose namesake steakhouse on Houston Street may be the swankiest spot in San Antonio to sip a daiquiri) and the late Sasha Petraske (the urbane New York bartender widely credited with kick-starting the modern cocktail revival), SACC makes it easy to duck in for a quick nip of cocktail culture or stay for a weekend-long eyeopener. The conference sells individual tick-ets to seminars, tastings, and events, so you can join in on a little, or a lot.

One year, for example, I built a day trip around an afternoon seminar focused on mezcal and other agave spirits. We tasted fiery, earthy spirits made by Oaxacan mezcaleros and sampled sweet, juicy squares of smoked agave to cleanse our palates. Another year, I stayed overnight to attend the Houston Street Stroll, when dozens of restaurants and bars set up along the strip to serve representative dishes and creative libations as dusk turns to night.

And last year, I made a weekend of it, enjoying seminars that ran the gamut from Mixology 101 (where I learned that NASCAR has its roots in Prohibition, as bootleggers of the era developed fast cars to outrun the fuzz) to a comparison of Japanese and Texas whiskies aboard a rollicking riverboat charter. In between, we explored the history of medicinal spirits and herbal elixirs, the concept of the bar as an anthropology experiment, the botany of agave, and the resurgent popularity of low-proof cocktails like the Grasshopper.

Wise to the risks inherent in a day that began with breakfast Mai Tais and would end past midnight at a West San Antonio taco truck, I followed the lead of smart peers and explored the city on foot in between classes. I ducked into the Aztec Theatre to admire the chandeliers in the lobby, strolled through the grounds of the Alamo to ponder the city’s character when the garden’s giant oak tree was moved here in 1912, and took a restorative disco nap in my room at the opulent St. Anthony hotel, a hub of business and political activity since 1909. (Here in the 1960s, for example, future Southwest Airlines co-founder Herb Kelleher would sketch his plan for the airline on a cocktail napkin.)

Cathy Siegel notes that with each year, the festival’s ticket sales have grown about 15 percent. “We don’t want it to grow too fast, so we’re concentrating on expanding our paired dinners and adding other smaller events, some of which start the week before the official event,” she says. “This year, we’re having our opening night at the DoSeum, the new children’s museum. We’ll have shuttles running from downtown, and there will be jugglers, balloon artists, stilt-walkers, and music. The chefs, bartenders, and brand ambassadors are excited to play with the lightheartness of the children’s museum space.”

After all, whether it’s fried chicken and champagne, Fernet and hot chocolate, or jugglers and jiggers, the San Antonio Cocktail Conference folks seem to have mastered the art of unexpected—and wildly successful—pairings.