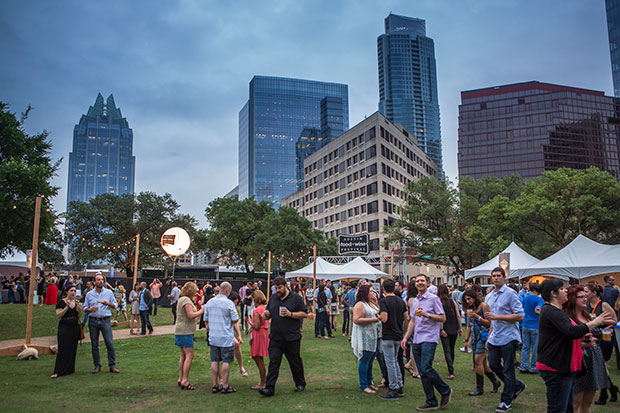 The restaurant scene in Texas is as hot as a two-dollar pistol, with new eateries and bars throughout the state upping the ante each time they roll out a fanciful new menu item. 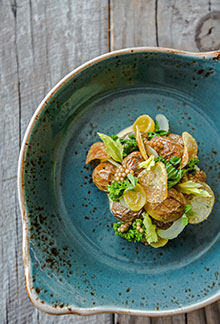 Crispy beef tendon with house-cured hot sauce? That gossamer bad-boy is on the snack menu at FIXE, one of downtown Austin’s newest trendsetters. Lychee mousse with tropical fruit meringue and Szechuan pepper? That sweet-and-spicy tongue-tickler’s on the dessert menu at San Antonio’s Hot Joy. Dried beets soaked in tangerine juice, with shiso peppers and mandarin orange peel? Try that crazy combo on the tasting menu at Oxheart in Houston.

All of a sudden, it seems, Texas is blazing a new trail on the Great Culinary Frontier, which is why it’s such wonderful poetic justice that the pitmaster at a barbecue dive in Austin, Aaron Franklin, just won a James Beard award for Best Chef of the Southwest. Granted, it’s a barbecue dive with three-hour lines, but it’s still the kind of place you go to in your flip-flops with a six-pack of tallboys in tow. 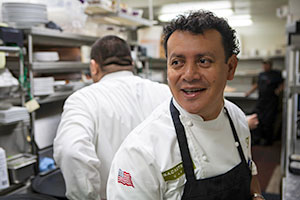 So how do you keep up with all that’s hot and happening in the restaurant scene? Here’s one easy way: At the end of March, about a month before the Austin Food & Wine Festival coaxes foodies of all stripes to Austin for a grand bacchanalia of plates and potions, festival organizers release their talent list at www.austinfoodandwinefestival.com. Clip it and keep it in your back pocket for a year’s worth of dining adventures. If you’re lucky, you’ll get to the end of the list before the ink on next year’s roster dries. (That’s also a good time to scoop up tickets, as they’ve sold out in years past.) 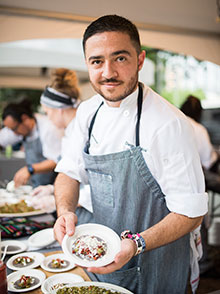 Cured (charcuterie and salumi) at 306 Pearl Parkway #101 in San Antonio.

DAI DUE (butcher shop and restaurant) at 2406 Manor Rd. in Austin.

Eden East (farm-to-table fare on an urban farm) at 755 Springdale Rd. in Austin.

Underbelly (cuisine inspired by multicultural Houston), at 1100 Westheimer in Houston.

On the Friday night of the festival, the big Taste of Texas bash (included in a $550 “All-In” pass) features a dozen or so Texas chefs and restaurants offering bites of some of their tastiest morsels. Some creations are staples on the respective menus, while some are experiments designed for the foodie guinea pigs at the event. This year, for example, Chef Allison Jenkins at Austin’s LaV offered a light flavor explosion comprised of housemade ricotta with puffed quinoa and carrot-top pesto. Cori Xiong and Heng Chen of Mala Sichuan Bistro in Houston set mouths afire with their cold noodle dish. Hugo Ortega of Hugo’s won raves with his masa pancakes topped with shredded beef cheeks and pasilla pepper sauce. Austin’s Tatsu Aikawa served a killer smoked egg. It was possible to eat your way around the world without ever leaving downtown Austin’s Republic Square Park.

Daytime festivities at Auditorium Shores (included in $250 “Weekender Pass,” which allows access to two days’ of unlimited libations, learning, and bites from lauded local and national chefs) featured a ring of shaded tent classrooms with sessions about wine, cocktails, and cooking techniques ranging from grilling to making perfect paella. In the center, Texas and national wineries and distilleries offered intoxicating concoctions, and chefs such as Austin’s James Robert (who marries Louisiana-inspired fare with craft cocktails at FIXE) offered bites of some of their signature menu items. Fun! 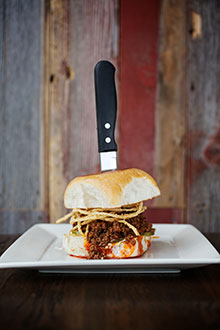 For the throngs of festival guests, Chef James and his crew served a beautiful and savory bite: a chilled pea salad comprised of two different types of fresh peas with buttermilk dressing, smoked duck, blackened pistachios, and housemade goat cheese. I spoke with Chef James a few weeks after the festival to learn about the challenges and rewards of cooking for such a large crowd.

“I feel most at home in the restaurant doing shifts,” he told me, “but I enjoy any opportunity to get out and be outside and cater to a different crowd. This was my first time to be part of the Austin Food & Wine Festival. It was a thrill to be surrounded by all my restaurant buddies. And the set-up was cool, too. I faced the water and the Austin skyline, and at one point, during Tim Love’s grilling demonstration, I looked up and there was so much smoke that I couldn’t see the skyline. That was funny.” 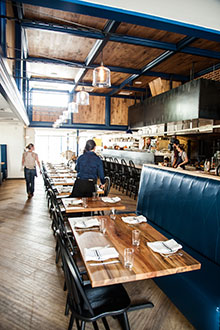 I was curious: What are some of the differences between cooking at the restaurant and cooking outside at an event? “At festivals, people don’t hang around, for example, at the bar. People want to grab a bite and go. So we try to focus on big, bold flavors, but nothing too technical or intricate. Also, we don’t limit ourselves to Cajun or Louisiana fare, though being from Southern Louisiana, I can’t not cook that way,” he told me with a laugh. “My two biggest influences were my mom and my grandmother, two of the best cooks I’ve ever met. Eating should have a celebratory quality—it’s about gathering people around a table to eat and laugh and drink.”

Cheers to that. Let’s eat, drink, and celebrate.