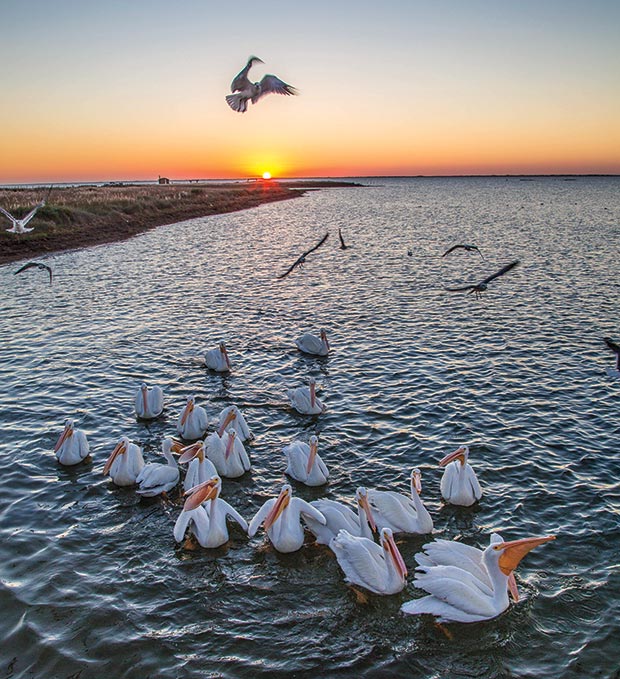 The holiday season includes a multitude of traditional activities, but one that some people may not be familiar with is the National Audubon Society’s annual Christmas Bird Count.

The tradition began in the United States about 116 years ago, when ornithologists, concerned about declining bird populations from the traditional holiday “side hunt,” proposed a bird census as an alternative. The first Texas count was held in Knickerbocker in 1903. Now the state has more than 100 counts—the longest running is in its 106th year in San Antonio.

Although each count chooses a single day to conduct its bird census, the overall event takes place during the two-week period on either side of Christmas Day, with this year’s count held Dec. 14-Jan. 5.

A count has a 15-mile diameter that remains the same from year to year. On the day the volunteer leaders select, participants gather around 6-7 a.m. to start their day. They spend the day walking, driving, taking notes and birding. The idea is to count as many birds as possible, noting the number of each species encountered. Generally, most circles end the day around 5-6 p.m. with a gathering.

While volunteers need only commit to one day (some locations may allow partial days), those who want to do more may sign up for different locations on different days. Both birders, of all skill levels, and non-birders are welcome.

The bird count is citizen science—using citizens to gather data to answer scientific questions, according to Richard Gibbons, conservation director for Houston Audubon. The count detects change over time, and the information gathered identifies if there is a species in trouble that needs the attention of wildlife management agencies and policy makers.

To preregister or find out more information about Texas bird counts, visit the Houston Audubon Society.