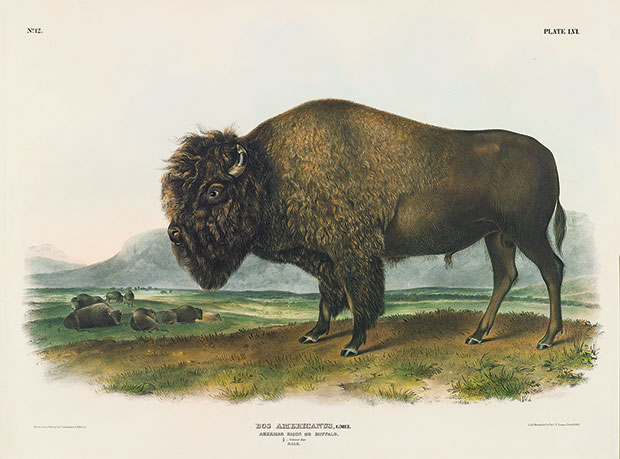 The naturalist John James Audubon (1785-1851) is best known for his effort to illustrate and catalog the breadth of America’s bird species. Later in life, he embarked on a similar project for mammals with his book Viviparous Quadrupeds of North America, featuring hand-colored prints of creatures like bison, raccoons, and wolves. In Fort Worth, the Amon Carter Museum of American Art displays some of these prints in Audubon’s Beasts, which runs January 15-August 2.