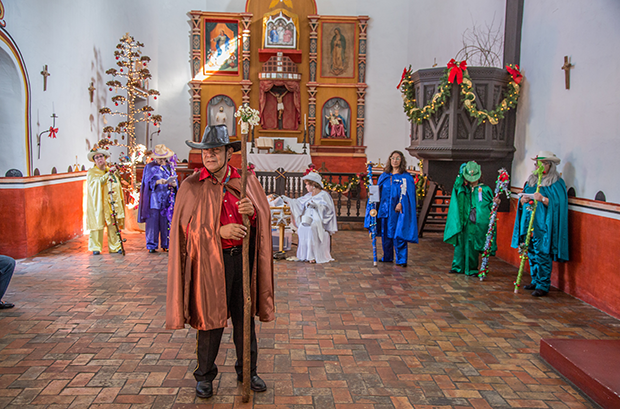 Christmas in Goliad (photo by Will van Overbeek)

For more than 25 years, the annual Christmas in Goliad festival has ushered in the holiday season with holiday performances, shopping, and the arrival of good ole St. Nick. During the first weekend in December, Dec. 1-2, this tiny town of fewer than 2,000 people will double in size with visitors from across the United States who have traveled to Goliad to partake in the food, music, and celebration. The celebration has come a long way from its first year in 1983: The lighted parade that was once over in minutes has grown into an hour-long occasion with more than 70 entries. More events have been added over the years, including a living Nativity scene and Presidio La Bahía’s 21st century adaptation of the ancient trade fair. Goliad may be a small town, but for a quarter century, the people have proven that it sure has big Christmas spirit.