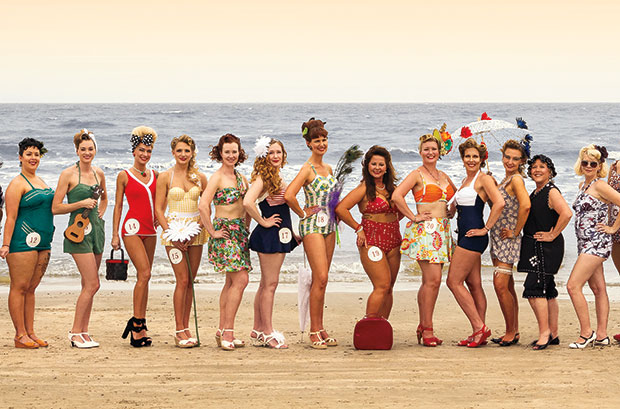 During the early 20th century, Galveston Island—still recovering from the devastating hurricane of 1900—launched an event to strengthen the city’s tourism economy and offer an official kick-off to summer. The highlight of the day was the Bathing Girl Revue, which by 1926 had evolved into the International Pageant of Pulchritude—the precursor to Miss Universe—and had become such a success that on the weekend these events were held, the island’s population grew to three times its size. The pageant fizzled during the Great Depression, but after Hurricane Ike in 2008, the city resurrected the fun, inviting travelers to watch as competitors line up along the Seawall and don their best 1920s beach fashion. The fun returns this year on Saturday, April 28, during the island’s Third Coast Music Festival (April 26-29).