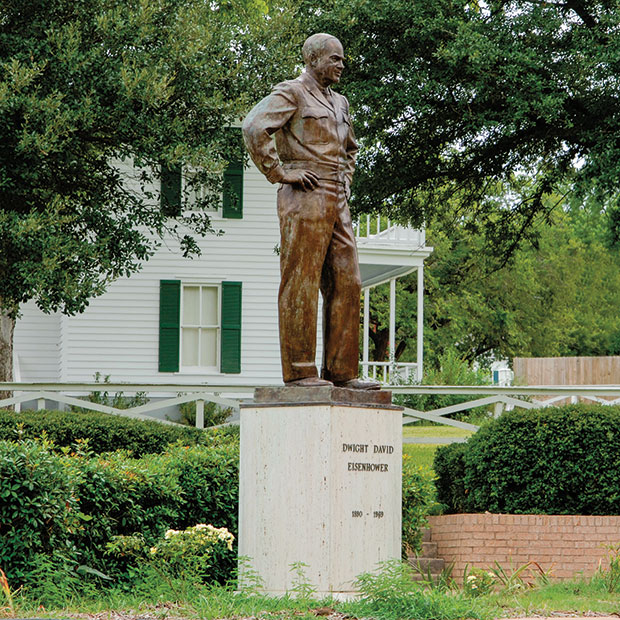 Dwight D. Eisenhower spent only the first 18 months of his childhood in Texas, but Ike’s birthplace of Denison is proud to claim the nation’s 34th president as its own. Eisenhower Birthplace State Historic Site in Denison will celebrate Ike’s 125th birthday October 10, 2015 with a 5K run, free tours of the historic home where Ike was born, a birthday cake, and World War II military demonstrations. The site will also open a new exhibit about the Eisenhower family’s life in Denison and the community’s effort to acquire the birthplace home in 1946 and preserve it.