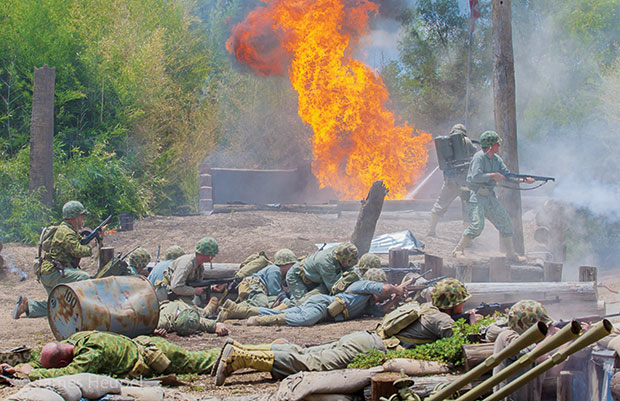 With machine guns, tanks, explosives, and a flamethrower, Fredericksburg’s National Museum of the Pacific War extends its portrayal of World War II to the battlefield with the Pacific Combat Living History Program. About 40 reenactors participate in the staged battle at the museum’s Pacific Combat Zone. The 90-minute presentation starts with a weapons demonstration and discussion of tactics, and culminates with American troops storming a Japanese stronghold. The program is at 11 a.m. and 2 p.m. March 14-15, and repeats one weekend per month through November (except June). Call 830/997-8600.