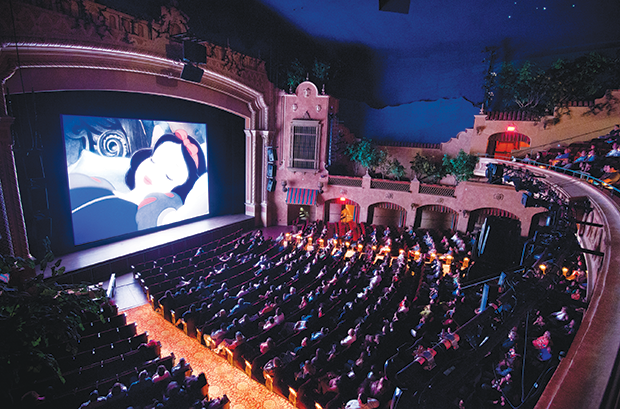 In 2008, the city of El Paso and its Community Foundation restored and reopened the historic 1930s-era Plaza Theatre with a bang…and a festival. Ten years later, the party continues. The Plaza Classic Film Festival, on Aug. 2-12, is a 10-day celebration of classic film. Think more An Affair to Remember than Call Me by Your Name; Lilies of the Field than Lady Bird. Movies are still shown at the Plaza, of course, but at the present-day fest you can catch a flick outdoors on Oregon Street next to San Jacinto Plaza, or at the local museums, the public library, or nine stories up atop the Mills Plaza Parking Garage. The star-studded festival brings in about 40,000 people annually to El Paso, including Hollywood heavyweights like Al Pacino, El Paso native Debbie Reynolds, Rita Moreno, and Richard Dreyfuss in previous years. In addition to the classics, the festival showcases a bevy of regional talent with its Local Flavor series, which screens features, shorts, documentaries and other projects. Individual ticket prices vary; a 10-day festival pass is $200. Let’s go to the movies!