Where to Celebrate Martin Luther King Jr. Day in Texas 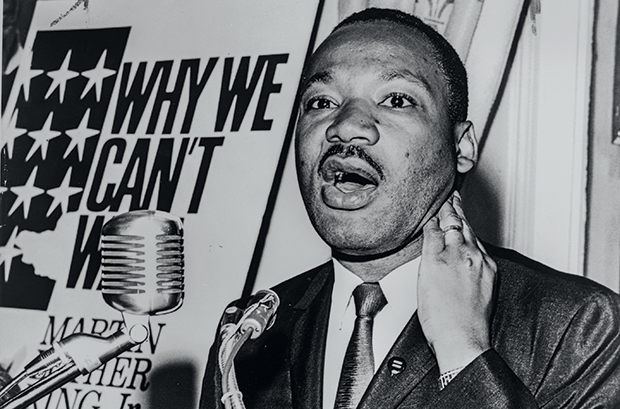 The parades, marches, and celebrations surrounding Martin Luther King Jr. Day on Monday, Jan. 15, honor the man and his nonviolent approach in the civil rights movement. Here are just a few of the events scheduled across Texas.

Arlington: Jan. 12-15
The four-day event celebrates the civil rights leader’s birthday with a spoken word competition, a step competition featuring the best in grade school stepping, a musical with more than 400 youth voices joining together in song on one stage, and a day of service.

Austin: Jan. 15
Join the march from the MLK statue at the University of Texas campus to historic HustonTillotson University to celebrate Dr. Martin Luther King Jr.’s legacy for Austin and the world.

Houston: Jan. 15
Celebrating its 24th anniversary, the event is touted as the third-largest parade in the U.S., behind The Rose Parade and The Macy’s Day Parade. With a broadcast viewing audience of more than 4 million, 300,000 spectators are expected to attend in person to view 15 parade floats and 30 marching bands.

Houston: Jan. 15
The 40th annual celebration—the first MLK Day parade in the nation—honors King’s legacy with a commemorative parade and festive community activities throughout the weekend.

San Antonio: Jan. 15
San Antonio hosts ones of the largest marches in the nation, with approximately 300,000 participants. The City of San Antonio’s Martin Luther King Jr. Commission will continue its commemoration of the civil rights leader’s legacy by celebrating the 50th anniversary of the first March for Justice organized by the late Rev. Dr. Raymond “R.A.” Callies Sr., a San Antonio teacher and pastor.